The Toy Fair, which takes place at London’s Olympia conference centre, is an annual showcase bringing together hundreds of exhibitors from the world of play. At this year’s fair, there is a wide range of Science, Technology, Engineering, Arts and Maths (STEAM) toys, which aim to teach children about these subjects, incorporating creativity with scientific concepts and technical skills. The three-day event running from 22-24 January, organised by the British Toy & Hobby Association (BTHA), also features plenty of games, craft kits, cuddly toys, activity sets and more. Here are some of the most interesting picks of exhibitors and the products they make. 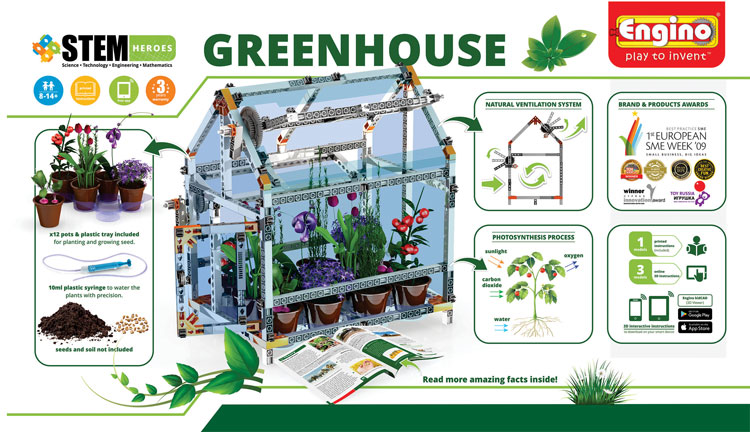 Engino, distributed by exhibitor Re:creation, makes a series of construction kits as part of its STEM Heroes series. The kits let children make a variety of things including vehicles, engines, solar power machines, greenhouses, animals and more, and comes with a series of “experiments” children can try out.

The Greenhouse kit is one example which has been chosen as one of the fair’s “Hero Toys” – 25 of the most “exciting and creative toys” at the fair, as chosen by a panel of industry experts and the BTHA. The kit encourages children to test out the mechanics of the structures they make with various experiments, such as what happens if you build using triangular shapes rather than squares, as well as teaching them about growing seeds. With parts that connect in many ways, the kits can be built to create numerous different models. 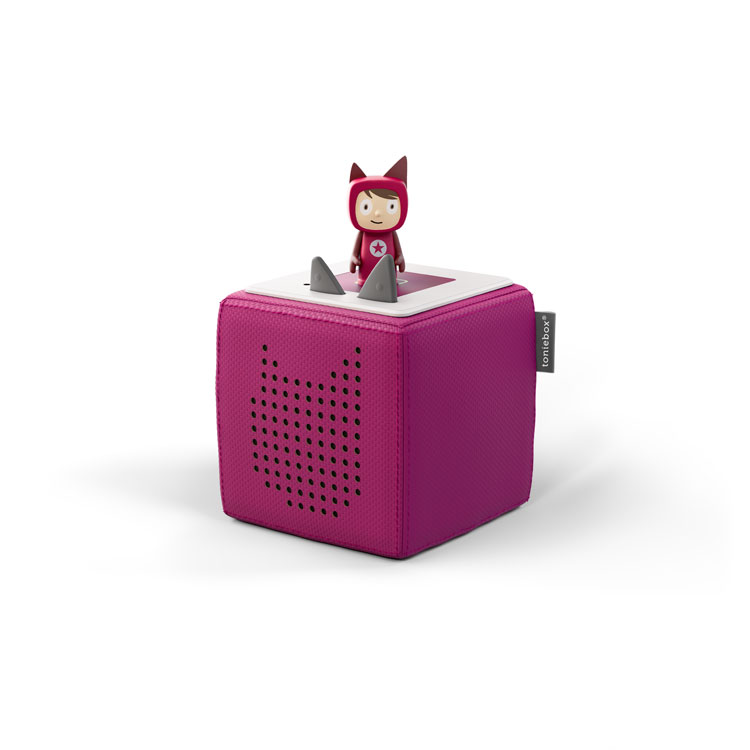 Tonies aims to bring listening and playing together. The Toniebox is an audio player with a colourful, fabric-covered, cube-shaped design that runs without the need for complicated screens or controls. It works with “Tonies” — little toys that contain audio files, which are downloaded onto the Toniebox when they are placed on top of it. Tonies characters range from the Gruffalo to Little Red Riding Hood, each of which doubles up as a toy for children to play with, as well as telling the story that the character is from. Children can also record their own stories and songs or upload existing audio files onto Creative Tonies characters.

Tech Will Save Us 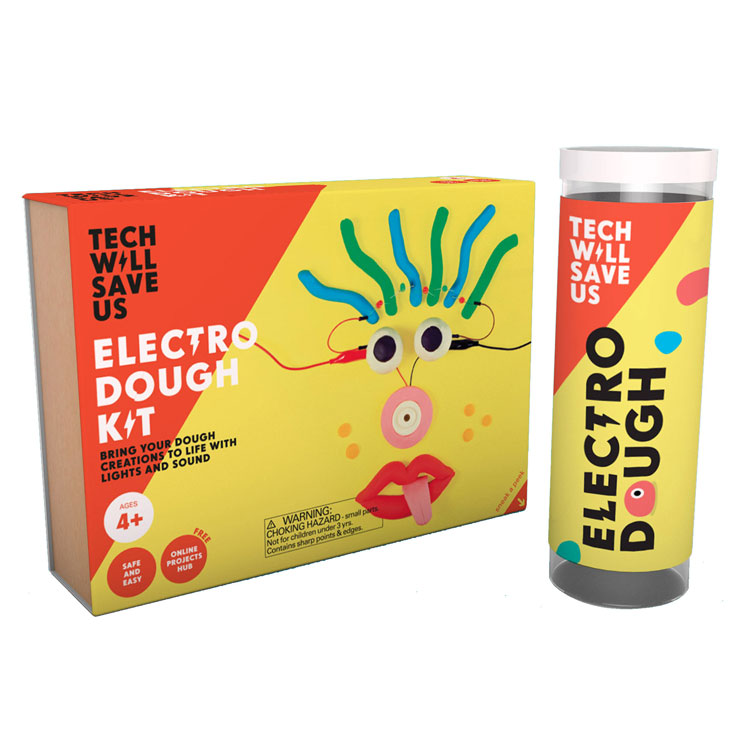 Exhibitor Tech Will Save Us makes a wide range of play kits which combine creativity with hands-on technology. One product, Electro Dough, encourages children to use their imagination to make whatever they like out of colourful dough, before lighting it up by making circuits out of light-emitting diode (LED) lights, crocodile clips and buzzers. Other kits, such as the Micro:bot kit brings coding into the mix, teaching kids how to make their own simple, programmable robots. One robot doubles up as a golf game, with a golf hole based inside the robot which can be moved around with a controller. The company’s bestsellers also include the Light Racer Kit helping kids build bicycle lights while learning all about wireless technology. 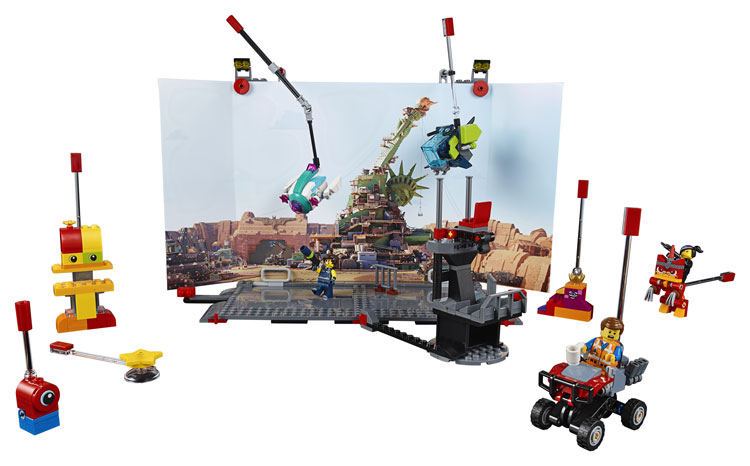 Lego has long been a favourite for generations of kids and this year is no different. Among its new standout products is the Lego Movie Maker, also one of the fair’s “Hero Toys”. The kit, based on the upcoming Lego Movie 2: The Second Part, includes a film set with a variety of backdrops, a range of interactive props, character figurines from the movie and a camera stand to rest a smartphone in. It is designed to let children film their own movies, using their imagination to create a story on the set. Lego is releasing a wide range of toys inspired by the new movie, which comes to cinemas this February. These include a construction model of the make-believe town of Apocalypseburg featuring the Statue of Liberty, and Queen Watevra’s Build Whatever Box, which can be made into a wide range of models. 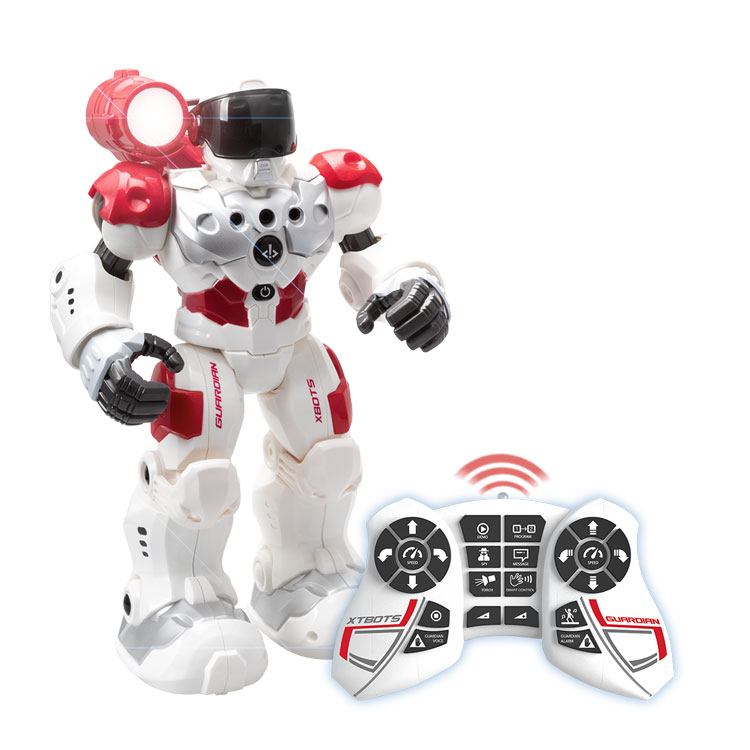 Exhibitor Trends UK is the parent company behind many STEM and creative products. Its brands include Science Mad, which makes kits such as the Volcano Wonder, a bubbling volcano, and Potato Clock, which lets children create an “electrochemical battery” using a spud. Trends UK is also behind Xtrem Bots, makers of the Guardian Bot. Children can program the toy using either a controller or gestures to perform dozens of actions such as walking, spinning and putting out an alert when “intruders” enter the room. Haynes is another Trends UK brand, known for creating model-making kits of replicas of cars, motorbikes and jet engines.

Why are design giants like Dyson moving abroad in time for Brexit?