UK Research and Innovation (UKRI) has launched a refreshed brand image which looks to create a cohesive identity across its nine constituent bodies.

UKRI was created last year after the Higher Education and Research Act was passed by the UK government. It brought together seven research councils, including the Arts and Humanities Research Council and Medical Research Council, along with Research England and Innovate UK. Collectively, it is now responsible for over £7 billion worth of investment each year.

Led by the London team of global creative consultancy Dragon Rouge, the refresh project aimed to explain the relationship between the numerous and wide-ranging bodies. “Ultimately we were tasked with creating the UKRI family,” says Dragon Rouge creative director Becky King.

With so many different constituent parts to represent, the team took careful consideration for “where the brand would actually live”. King says the finished product has been developed with extensive input from staff and board members.

According to King, the starting point for the project was to identify and act sensitively around what was already strong about each individual council. “There were councils that had really strong existing reputations, so we had to be mindful of things like acronyms, colours and imagery,” she says.

The new look sees the core UKRI logo divided into nine closely cropped parts. These have then been adopted as colourful logos by the constituent councils. The old brand comprised unrelated and disjointed logos representing each of the councils. 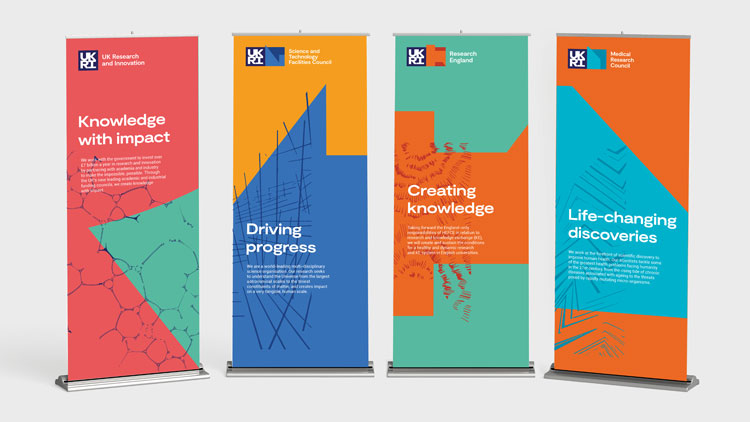 The new common design system also includes the use of a bright, expanded colour palette. The wider range of colours is intended to represent the “range and breadth of UKRI expertise” and should be used in “bold and surprising combinations,” according to new brand guidelines.

One of the many aims of the project was to appeal to people beyond academia. “Although the immediate audiences of the separate councils are academics and researchers, ultimately we wanted to get the public more interested as well,” says King.

This has been attempted in several different ways. For the first time, animations have been created as part of the branding, which the team believe brings a “dynamic effect”. This will preface digital outputs from the councils. 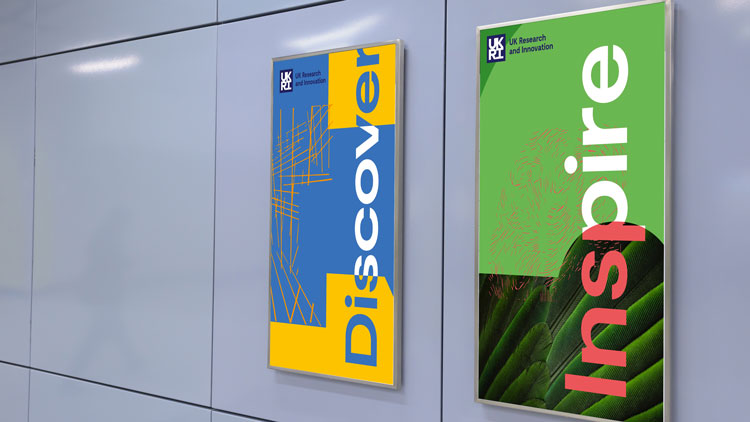 Additionally, King notes, “end impact photography” has been employed rather than traditional imagery (pipettes and test tubes, for example) which helps show the impact of the councils’ work on the public, rather than in the abstract.

“We really just wanted to make sure UKRI branding had the confidence it needs to feel proud about the stories it has to tell,” King adds. “The whole concept was about knowledge with impact.”

The branding will now be phased into usage, with UKRI saying it is particularly mindful of the sustainability of the move. It says it will “ensure that assets, such as printed material carrying the previous identity, are not wasted.”