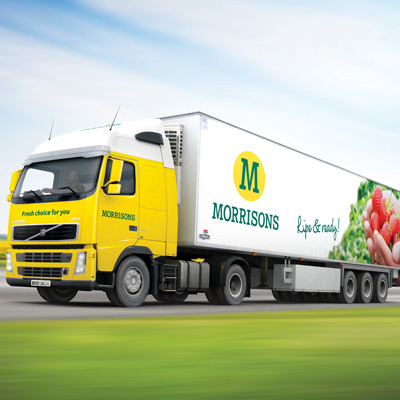 Morrisons is currently working with Coley Porter Bell to re-evaluate the brand strategy for its own-brand products, Design Week understands.

A source close to the project says the rebrand programme for own-brand ranges has been ’stop-start’ due to personnel changes since former Morrisons chief executive Marc Bolland’s move to Marks & Spencer last year.

This month, it was also announced that Morrisons business development director Chris Taylor, who was leading the supermarket’s push into the convenience store segment, will join M&S next month.

Morrisons is looking to trial its convenience store format, with the first to open in Yorkshire town Ilkley. The chain is also opening a Hong Kong office in June, directly sourcing home and leisure products.

Architect Darnton EGS says it works with ’five or six’ others on non-convenience store design, in collaboration with an in-house interiors team. Darnton EGS says it has worked with Morrisons for about 18 months, and is currently working on a site in Yeovil.

Morrisons is also looking to expand into online retail. Last month it bought a 10 per cent stake in US online grocer Freshdirect for £32m, and in February it was announced that Morrisons had bought baby goods website Kiddicare for £70m as a first move into online non-food business.

Morrisons said it would use Kiddicare’s technology platform to develop its own non-food business, with the first products due in 2012.

Also in February, it was reported that Morrisons was in talks with George Davies, the high street fashion designer who launched Next, George at Asda and M&S’s Per Una range, about designing a clothing range for the grocery chain.

Morrisons was unavailable for comment at the time of going to press, and Coley Porter Bell declined to confirm or deny its appointment.