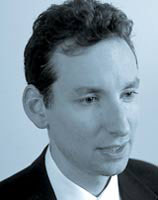 In the past, there have been lengthy exchanges of correspondence from Design Week readers discussing the pros and cons of free-pitching. Whatever your views on the subject, it is clear that this has become increasingly common practice for obtaining new business in many sectors of the design industry. But there are obvious dangers to taking this approach.

Apart from the considerable amount of work which can ultimately go unrewarded in preparing for and presenting at an unsuccessful pitch, it is, unfortunately, all too frequent that those designs and ideas end up being incorporated into the client’s final product. Not only is the designer unpaid for their hard work, but the client effectively gets the design for free and another design business gains the ongoing work, which should otherwise have gone to the original designer.

The majority of my work is about advising designers who have been the victim of this malpractice, and the problem is not confined to any one area of the design industry. Examples of these complaints might range from the unauthorised use of parts for proposed PR campaigns – such as logos and slogans taken from a pitch document, to ideas for new products discussed at early meetings with prospective clients. It could be that architects’ drawings are used far beyond their originally intended use for planning purposes. Another case might be a landscape designer who produces free design ideas for a prospective client, in order to win the job of actually creating a garden, and finds out the client has used the drawings to create the garden itself.

When samples of two curtain tassels were left with a buyer at the John Lewis Partnership for consideration, one person was later told that the price was too high. She became concerned when her requests for the tassels’ return went unanswered. She then received a telephone call from a friend congratulating her on successfully getting her tassels in the window of John Lewis’ flagship store.

The tassel, which John Lewis was, in fact, selling, was a combination of the two tassel designs which the designer had left with them. Legal action was taken immediately, which resulted in undertakings from John Lewis, the UK importer and the Spanish manufacturer not to make or sell further tassels to that design. There was also a payment in compensation. It was this case that spurred us into forming Anti-Copying in Design – and the person in question was Acid chief executive Dids Macdonald.

So what should designers do to avoid having their work stolen from a pitch scenario? The answer is that different situations require different responses depending on the degree of protection you want to have, or feel comfortable enforcing.

The strongest form of protection for designs, which are to be presented to a prospective client, is a legally binding confidentiality agreement. By signing the agreement, the client acknowledges that the designer owns all the rights in the designs and information, and agrees not to make any use of them without the designer’s consent. It is essential that the agreement be signed before the pitch is presented by the designer. In this case, a binding contract is formed that is straightforward to enforce should the client try to breach the agreement.

A confidentiality agreement can prove beneficial even where the client has refused to sign, because it provides an immediate indication that the client may not be the sort of company the designer would want to work with anyway, given the nature of its refusal.

However, some designers do not want to run the risk of upsetting a client or losing the possibility of even making a pitch, so there are other less stringent ways of safeguarding your work.

A popular method is to send copies of the work to yourself by registered post, or lodge the pitch documents with your bank or with an organisation such as Acid to provide evidence of the date of creation. A date-stamped copy provides supporting evidence of the date on which a design or pitch was created. This often becomes an issue in cases where the authenticity of the original design documents must be proved.

Another option is what is known as a licence tape agreement. This agreement works in much the same way as a licence agreement for computer software. If you are sending your design or ideas to a client for their consideration, the design/ documents can be enclosed in packaging which is sealed with a special packing tape. This tape has a warning written upon it for the recipient not to open the package unless they agree to be bound by the terms of the licence agreement enclosed in a plastic wallet attached to the outside of the packaging. Acceptance of the agreement is confirmed by breaking the seal and opening the package. In this way, a binding agreement is entered into without the need to obtain the client’s signature on the actual document. (Acid has its own licence agreement product).

The abundant number of cases of designers having had work copied from a pitch is testament to the need for action. Especially if the practice of using pitches as a pretext for getting free ideas is to be stemmed. Designers should certainly take whatever measures are appropriate to prevent their designs and ideas from being used without due reward.

Keeping control of your designs

Before making a pitch, consider the following points:

Have you recorded all your ideas and designs in writing? The more detailed the proposal or design drawing, the more likely that they will be protected by copyright

Would your prospective client consider signing a confidentiality agreement? If so, ensure that the agreement is signed before the meeting commences. If not, consider whether you still wish to deal with that company in light of the risks involved

If the pitch is to be delivered without a meeting, consider using a licence tape agreement

Always sign and date all design drawings and pitch documentation

Send copies to yourself by registered post, or lodge the pitch documents with a trusted third party