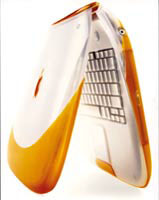 The difficulties faced by student designers trying to get that elusive first break in the industry have been eased somewhat by the launch last week of the Product Design and Innovation Awards by the British Design & Art Direction and the National Endowment for Science, Technology and the Arts (DW 14 March).

This is welcome news. While all graduates are faced with numerous hurdles to starting their careers, product design students have to leap even higher to get their break, says Priestman Goode director Paul Priestman.

‘You need quite a high level of training, which is difficult to get at college. There are now more across-the-board design students, but training has not improved [since the 1980s]. The bums on seats policy of most colleges means students are not getting the tutors per head and the facilities are the same as 17 years ago.

‘It means product design students who need to get models made, for example, have to do it for themselves, requiring funding. That’s very difficult,’ he says.

Hector Serrano, who graduated from the Royal College of Art in 2000 and works as a freelance product designer, believes that there are simply not enough opportunities for the amount of students coming through. ‘There are too many designers and not enough studios and consultancies. You have to think about how many students are out there,’ he says.

Even though he has to supplement his income with a day’s teaching each week, his is one of the success stories, having won the 2000 Peugot/Oxo Design Awards. Among the graduates he is still in contact with, the news is not as good.

‘Although one or two are working with groups, in general it’s quite a bad situation,’ he says. He recommends graduates aim to do work that they are really interested in and ‘see where it gets you’.

The D&AD/Nesta awards scheme, which is aimed at undergraduates and postgraduates, recognises the cost implications for students and provides financial backing and business support to help turn designs into real products, services or techniques. Three overall winners will each receive £5000 to help them develop an application for further funding through Nesta’s invention and innovation programme. The programme allocates up to £100 000 to develop prototypes, through marketing, product development and manufacture.

Dick Powell, D&AD education chairman and director of product design consultancy Seymour Powell, agrees with Priestman that student product designers have a harder time making the grade than other student designers, but believes winning awards is a great way of getting known.

‘I suspect it’s a great deal more difficult for student product designers because there are fewer product design consultancies to take them on and fewer projects in industrial design, but there are thousands of students. Students need to get themselves known. As well as winning awards, getting a placement at a consultancy is a great way of doing that and an opportunity to try to make yourself indispensable,’ he says.

Priestman, who set up Paul Priestman Design in 1986 while finishing his course at the Royal College of Art, says that any system that promotes talented designers is important.

‘You will always need talent, skills and the ability to create those lucky breaks. But good designers will always come through,’ says Priestman.

Despite his own success in setting up, Priestman believes it can be difficult for product design graduates to do the same.

‘Setting up on their own is achievable, but it is harder for product designers because it requires a bigger investment [than for other design disciplines] in things such as tools,’ he says.

Powell considers the consultancy start-up to be ‘very much an option’.

Simon Waterfall was a product design graduate and he, like Priestman, set up a consultancy before he had finished his course at the Royal College of Art. Waterfall co-founded digital group Deepend, which went under as part of the Deep Group’s failure in 2001. Now a creative at Poke, Waterfall believes that setting up on your own is all about timing.

‘You have to look at the companies around you, what sort of backing you can get. I don’t think starting up a consultancy is very difficult, but you won’t be able to achieve much without working in collaboration with other designers,’ he says.

Ideo co-founder Bill Moggridge says that the most valuable benefits of awards schemes are psychological rather than practical. Moggridge, who won the Royal Society of Arts bursary in 1963 for the Family Shopper in the Plastic Consumer Goods category and in 1964 in the Electric Light Fittings category, says, ‘It gave me belief in myself. It gave me the confidence to believe that I really could be a product designer,’ he says.

However, he does sound a word of warning about awards schemes, such as the RSA’s and Nesta/ D&AD’s, that are based on concept work. Moggridge says, ‘It encourages the notion that an inventor can work on their own and create really successful products, which is a naive idea. Things that really succeed are not created in isolation, but to an agreed commission and in collaboration with manufacturers.’

Nesta chief executive Jeremy Newton agrees that students must work in collaboration and with support and points to Nesta’s Invention and Innovation Programme as a way students can achieve this. ‘The awards are a kind of proxy for showing potential. The programme will put them in touch with teams.’

He agrees that the awards could never be enough to help all the graduates wishing to break through. Through Nesta he hopes to encourage organisations like the Department of Trade and Industry and Business Link to pay more attention to the needs of graduates. He knows only too well that ‘there are to many cards stacked against graduates’.