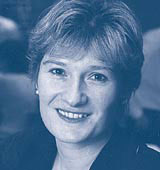 A review of the Top 50 marketing groups’ accounts published last week (News, DW 14 October) reveals a general consensus that the marketing services world experienced some recovery in 2003 and that the trend will continue in 2004.

A widely held view is that the recovery was slower in design and public relations than in media, advertising and market research. This is borne out by the figures for the Top 30 design groups (as measured by gross income), but strong management has minimised the effect on operating profit.

The total design spend enjoyed by the top 30 design consultancies was down by 18 per cent. The amount of revenue that designers were able to extract from this in the form of gross income also fell by 17 per cent. However, unlike last year when designers were unable to achieve a similar decrease in staff costs, this year these overheads fell by nearly 20 per cent. Staff numbers were reduced by 24 per cent. This is a massive cull and one third of the designers incurred exceptional costs related to redundancy and restructuring. As a result of this streamlining, design consultancies improved their ratio of employment costs to gross income to 68 per cent. This is a step in the right direction, but we recommend that staff costs should consume no more than 50 per cent to 55 per cent of gross income, so there is still some way to go. How easy this will be in the current climate is unclear. Design groups are likely to come under pressure to increase pay levels.

There is a potential talent shortage of marketing professionals with three-to-four-years’ experience following lower trainee recruitment over the past few years. This may well push up salaries, as demand for those most talented designers increases. Indeed, average employment costs per head increased by 5 per cent compared to the previous year. At the same time, clients continue to demand more for their money with resultant pressure on profitability.

Operating profit margins are certainly far from respectable at the moment. Overall, this decreased from 8 per cent in our previous survey to 6.7 per cent in this year’s. And this is before the £34m of exceptional costs that were spent on restructuring and redundancies. But why is this, considering the savings mentioned above that were achieved in staff costs? It was because designers were unable to achieve the same savings in other overhead costs, which only saw a 6 per cent reduction compared to the 17 per cent reduction in gross income. There is only so far that some overhead costs can be reduced, because many, such as premises costs, are fixed.

As mentioned above, design has been hit hard when compared to other sectors. Designers are usually far more dependent on project income than other marketing suppliers. One-off projects are easy to cancel or defer when clients’ budgets are cut. However, the 6.7 per cent margin is an average and there were some stars among the sample. Allan Burrows and Electronic Solutions both achieved operating margins of more than 25 per cent, and Lambie-Nairn & Company achieved almost 25 per cent.

One area which saw welcome improvement was productivity. The average gross income generated per head increased by 9.5 per cent to just over £71 000. Staff cuts certainly helped, but this is still short of our recommended target of £80 000-£100 000 per head, though it is moving in the right direction. Only Lambie-Nairn Creative and Coley Porter Bell managed to generate more than £100 000 per head.

Turning to the balance sheet, some overall improvement was seen. The overall cash position of the top 30 (excluding the large overdraft of Enterprise IG UK in the comparative year) improved by 10 per cent. Long term debt also reduced by 28 per cent, which is no bad thing in view of recent interest rate rises.

On average, designers still took far too long to collect their debts, with the average period being 61 days. This worsened from the previous year.

Based on the 30 groups we surveyed, designers have reacted quickly to the difficult environment. There is probably little scope for further cost reductions, which means that success may lie in looking for ways to develop a premium offering and efficient working practices to improve profits going forward.

Overall, across the sample only one third achieved a margin of more than 15 per cent, which is disappointing, as this is what we consider to be an achievable margin for a well-run design consultancy.

However, looking at star performers overall there were three groups that appeared in the top ten for all four of our key profitability and productivity ratios: these were Allan Burrows, Lambie-Nairn Creative and Start Design. All achieved operating profit per head in excess of £15 000 and operating profit margins of more than 15 per cent.

Interestingly, none of these three incurred exceptional restructuring or redundancy costs in their latest or their previous year’s accounts. The performance of these consultancies shows it can be done.

Culture is much more interesting than objects