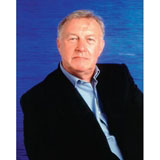 The hatchets of Havas have become legendary over the past few years. Last week’s showdown, which saw the rather unsavoury despatching of David Worthington from Conran Design Group, is a reminder that nobody running a design business can afford to be complacent. If events at the Euro RSCG Worldwide group are anything to go by, business can still get grim.

Worthington, as managing director, was one of the key architects of CDG’s reincarnation of the past ten years, and his unexpected dismissal (DW 14 September) is symptomatic of the ruthlessness and reality of le business au serieux. Ironically, Worthington knows this as well as anyone, having had to preside over the bloodletting that cost the business £83 000-worth of ‘compensation for loss of directorships’ last year, according to the financial accounts. This year, it will most likely be more of the same.

The latest chain of events began when CDG retail design director David Chaloner was forced out in June 2004, barely 12 months after the arrival of director Jane Simmonds, who has survived the latest cull (DW 19 June 2003). Chaloner subsequently joined Conran & Partners, but his departure was soon followed by that of design director Barrie Legg and four of his 3D designers in November of the same year. Peers de Trense, the group’s new business director, was the next to go in May of this year, and now Worthington has left, CDG is entering its third incarnation.

It’s worth reiterating that the modern CDG has had nothing to do with its namesake Sir Terence, since he and Storehouse sold it to RSCG Group back in the early 1990s and it was renamed RSCG Conran Design. The Worthington era began in 1996, when RSCG Conran did a deal with him and acquired his design consultancy – Worthington & Co – for an undisclosed sum. Design Week correspondence from Worthington and Conran from October 1996 shows that Sir Terence was none too happy about Worthington’s claims concerning the group’s Conranian pedigree, particularly when RSCG Conran Design was renamed CDG that same year. 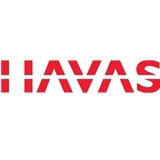 For Havas, the job now apparently is to cobble together its last two UK design groups – CGI Brandsense and CDG – under the aegis of CDG, the bigger brand. CGI hasn’t come away totally unscathed either, it seems. Its managing director, Stephen Thomas, has been ‘elevated’ to the position of non-executive chairman of the newly merging business. Though he maintains that the CGI brand will be kept alive and run separately alongside the CDG brand, it remains to be seen how this can work in practice if the businesses are to be unified. Simmonds takes up the reins of new improved CDG as managing partner, with CGI creative director Sid Madge taking on the mantle of creative partner. And thus CDG is reborn – again.

It’s still too early to know why recent events transpired as they did. What is clear is that CDG’s UK turnover fell from £3.5m to £2.5m last year, at the same time that its non-UK turnover increased marginally to £800 000.

If the retail downturn has bitten hard at CDG, then Havas seems to have been loathe to offer the consultancy any more chances to turn around its business. But is it just a coincidence that CDG found it difficult to hang on to retail clients like MFI without its quality interior designers? The word is that its design work just didn’t cut it any more. For Simmonds, the challenge will not just be to integrate two very different design businesses, but also to carve out a profitable niche for ‘new’ CDG and doing it in a way amenable to Havas headquarters back in France. Arguably, if anyone can keep head office on side, it is her.

While it would be nice if the knives could be put back in their sheaths again, if they aren’t, Havas shouldn’t worry too much. If ‘new’ CDG doesn’t deliver the bacon in time for next year’s financials, it could always sell the assets back to Sir Terence, who would most likely be delighted to have his name back.