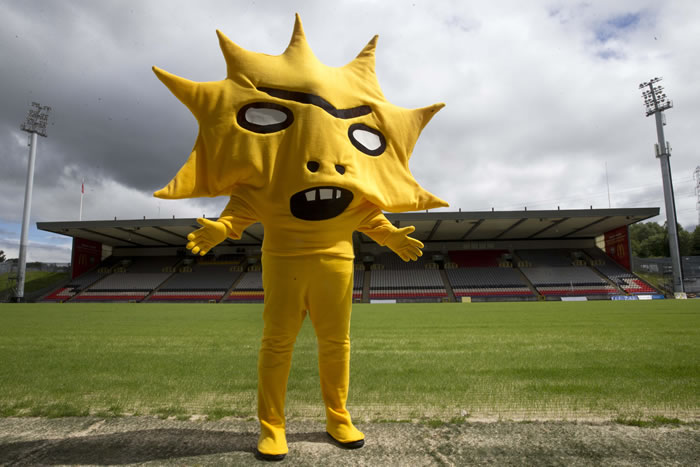 Shrigley has created the new mascot and shirt badge as part of a six-figure sponsorship deal for the club from California-based advisory firm Kingsford Capital Management.

The club says: “Where most sponsorship deals are forged in boardrooms and at business meetings, this trans-Atlantic agreement has a more bohemian feel to it.”

As part of the sponsorship, Shrigley has designed a new mascot – named Kingsley – and a new Kingsford logo which will adorn the front of the club’s shirts.

Shrigley says: “As a long-term Jags [Partick Thistle] man it’s an honour to be involved with the club in this way. I can’t wait to see my design on the front of the shirts and around Firhill and just hope the fans like what we’re trying to do.”

He adds: “It’s safe to say we have a few surprises in store for the supporters and we’re already in talks with a few other artists to arrange some pretty exciting giveaways over the course of the season.”