They might not be on the menu in most western countries, but around the world, more than two billion people include insects in their daily diet.

Edible insects are, research suggests, a veritable source of protein. In fact, they are markedly higher percentage-wise than more common meats – pigs, chickens and cows are 17%, 19% and 20% protein respectively, mealworms are more than 54% protein – and require significantly fewer natural resources to produce.

UK-based start-up company BeoBia is looking to bring these health and environmental benefits to consumers in the west with its new product Re_.

Re_ is a modular-designed, multi-layered product; it is cordless and fits on a kitchen counter; and most importantly, it allows people to grow and eat insects in the comfort of their own homes. 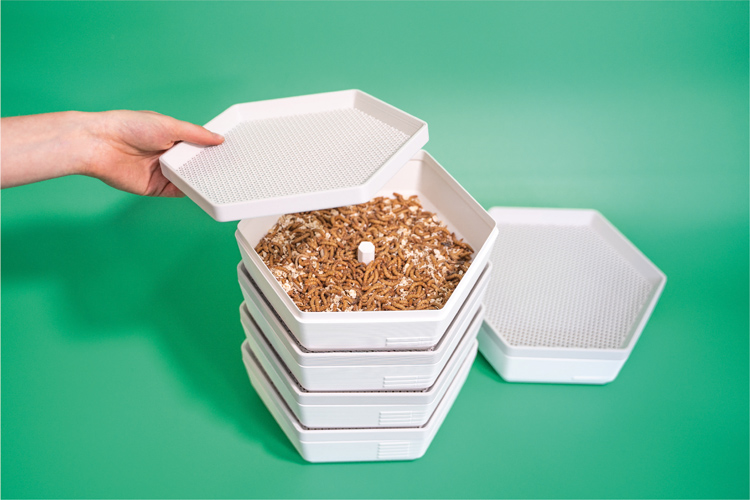 “There’s nothing more local than your own kitchen”

BeoBia and Re_ are the invention of Thomas Constant, an industrial designer who aims for sustainability at the heart of his practice.

“Since studying industrial design at university, I’ve wanted to find a way to integrate my design skills with my ecological thought process,” he tells Design Week. With the world’s food industry among the biggest polluters for the planet, this is where he focused attention.

There have in recent years been a number of innovations when it comes to what Constant calls the “alternative protein market”. Soy, lab-grown meat and algae have all been identified as having the potential to provide sustainable protein for humans to consume, with some having more commercial success than others.

“But while there was lots of innovation happening around pre-made food, not a lot was happening on the market that empowered people to grow their own food at home,” he says, adding that often pre-made foods can rack up considerable airmiles before they reach people’s kitchens and are often sold at unaffordable price points.

Even before the coronavirus pandemic, Constant says, many were “waking up to” the importance of shopping local as a way of living a greener, more environmentally friendly life. The current COVID-19 crisis, which in its early days gave way to huge anxieties around food scarcity, only served to bolster this and as he explains, “there’s nothing more local than your own kitchen”. 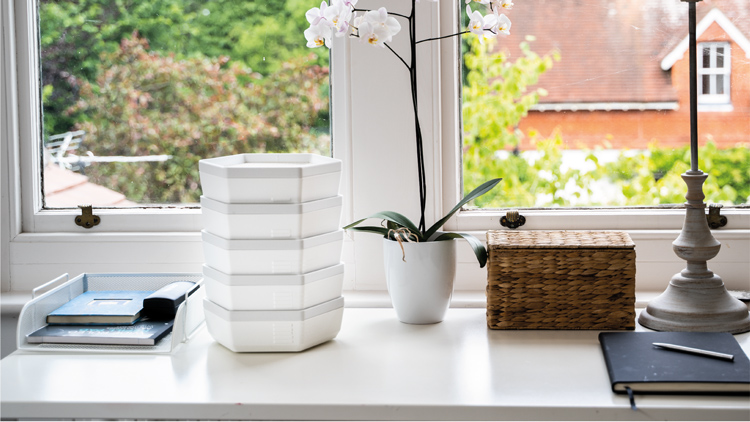 The product itself, Constant explains, has been designed so that it “links back to our fundamental ethos of sustainability”.

This means it has been created using locally-sourced bioplastics and is designed, manufactured and shipped from a single location in the UK using 3D printing. Unlike the food BeoBia is aiming to compete with, this means there are significantly fewer airmiles needed to bring each product into the world.

“Even the form of Re_ itself takes its cues from nature,” he explains. “Its hexagonal shape is a nod to the structures made by bees.”

As for how it works, Re_ acts as an insect “growing pod”. Users place fruit and vegetable waste in its various layers, which mealworms then consume. These mealworms can then be gathered when fully developed, with each harvest producing roughly 100-300 grams. For reference, the NHS recommends consuming no more than 70 grams of red meat a day. 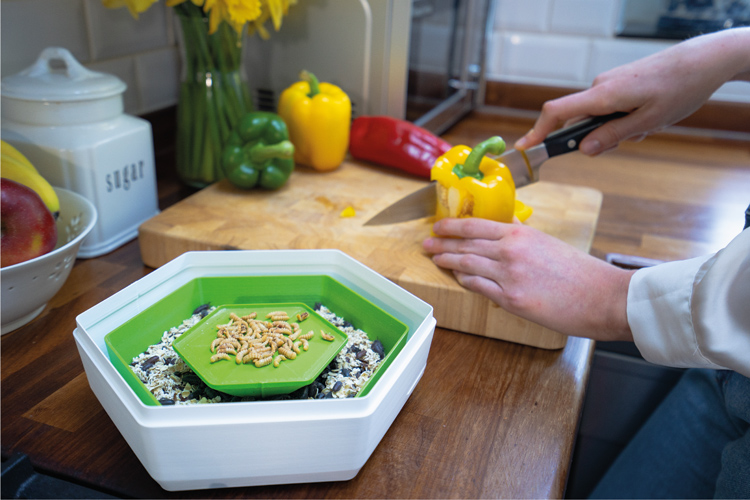 But as Constant admits, the western cultural stigma associated with insects is not going to change overnight. Branding for Re_ has therefore had to be constructed in a way that convinces people to give it a go.

With its clean, hexagonal design, it certainly looks futuristic, and this is something he says the BeoBia team has leaned into for Re_’s visual identity, which has mainly been targeted at those living in urban areas.

“If you’re living in an urban area and you’re ecologically conscious of you’re actions, you’re probably already buying local or organic food,” he says. “Maybe you’ve already got an herb garden or aspirations of a vegetable plot – but your options are always limited because you won’t have the green space you need to be entirely self-sufficient.”

Additionally, the branding has been geared towards a younger audience. Young people in the west, Constant says, have “more liberal attitudes toward food” than any previous generation.

“Times are changing and they’re changing quickly – we think the product will become ever more popular and relevant for young people in the future.” 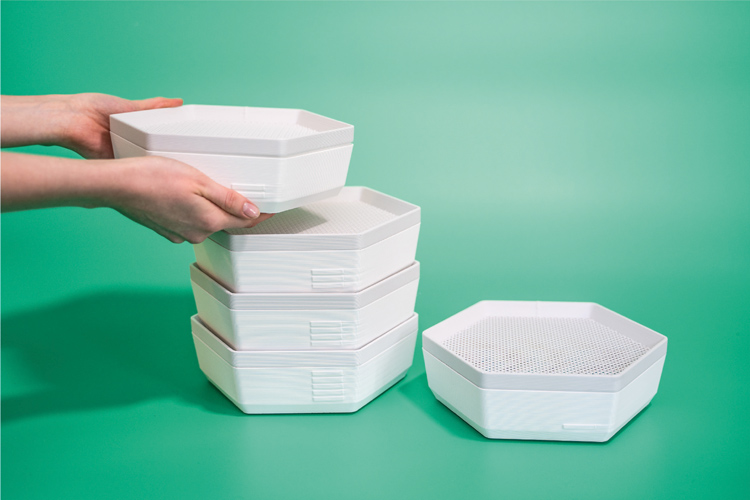 The Re_ product will be launched next month. It is the first in what Constant says should be a range of sustainably-minded food products.

“There are a number of avenues for how we could address food insecurity and sustainability in the future,” he says. “But the overarching theme that we will be addressing will always be to empower people to make food in the comfort of their own homes, without compromising our planet’s future.

“It’s all about what is available, sustainable and affordable.”