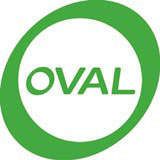 The Oval and Surrey County Cricket Club are introducing revamped marques this week, both created by Agenda Design.

The work comes as the Oval seeks to build awareness of its hospitality and corporate offering and distinguish more clearly its relationship with SCCC. Agenda’s work also heralds the start, next month, of a major redevelopment at the venue, which includes a new HOK-designed pavilion.

Agenda Design creative director Paul Davis says the Oval hosts ‘around 30 days of cricket each year’, but struggles to fill the space at other times. The revamped identity is designed to help build the brand’s profile as a ‘leading sports venue’, he adds.

The London ground’s updated marque features a circle within an oval, to represent the ground’s circular playing area.

An updated SCCC logo drops the words county and club, redefining it simply as Surrey Cricket. The club’s Prince of Wales feathers have also been redrawn to imply a subtle reference to a set of stumps, adds Davis.

‘The club still uses the SCCC name,’ he explains.

‘It’s a very traditional part of English culture and we had to tread lightly, but the marque is designed to bring the whole business into the 21st century.’