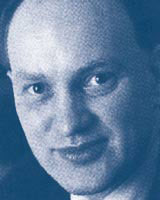 I’m sitting in my Aeron Chair at my Le Corbusier table, thinking about the space-pen race. You remember the story: the US spent millions of dollars developing a pressurised ballpoint pen that worked in weightless conditions, and succeeded. The Soviet cosmonauts, meanwhile, used a pencil.

Sometimes an object simply doesn’t need to be designed because a better one already exists. And sometimes things are just over-designed for the sake of it. And I have to include my Aeron Chair in this. Buying this was an indulgence. I justified it on the grounds that, since I spend much of my working life sitting at a computer keyboard, I needed the most ergonomic chair available because – well, you do with computers, don’t you? Otherwise your spine deforms, or something.

If that was the sole reason for going Aeron, then I should have bought the base model. I should not have specified lots of extras like polished aluminium castings, non-standard mesh colour, soft leather armpads, and a supposedly state-of-the-art adjustable lumbar support gizmo. I got carried away. I was like the bloke who has to have the latest model Merc with every conceivable extra. But never mind all that. It is the received wisdom that with Aeron, designers Bill Stumpf and Don Chadwick designed the best possible office chair and that, moreover, they did it for the legendary Herman Miller company. That makes them the inheritors of the proud Eames tradition.

The world is at one on this. There’s a silly-season scandal that the refurbished Ministry of Defence in London is wasting taxpayers’ money because all the civil servants are being issued with Aerons allegedly costing more than £1000 each. They should have asked me: I could have told them where to get them rather cheaper. Anyhow, the defence in this case is that the chairs are so good that they will keep the workers’ spines in good shape, so avoiding costly back-related illnesses and absenteeism.

But there is a problem with this theory. The Aeron is perfect for fat Americans. You don’t have to buy the extra-big version to discover this. Sit in an Aeron and, metaphorically, you develop a paunch, a habit of ladling sugar into everything, a belief that Bruce Willis can defeat world terrorism, and a penchant for regrettable leisure wear. And then you pick up the phone and get someone to develop something like a pressurised space Biro.

So I wish I hadn’t bought the damn thing now. And I cannot get comfortable in it, no matter how many adjustments I make, presumably because I am a tall thin European. I know that Aeron was the result of the most painstaking research into humans of all sizes and shapes, but it still turned out American, because it represents that particular over- riding belief in the redemptive powers of technology. However, there is an antidote to this quest for the ergonomic Holy Grail – the Corbusier LC10 table in front of me. It’s not an ‘authorised’ version, don’t be silly, but one of those budget replicas you order off the Internet and are slightly surprised when they turn up. Since the LC10 consists of nothing more complex than a slab of glass on a T-beam steel chassis with a chromed metal leg at each corner, it’s not exactly difficult to make.

Just imagine an equivalent current American design. The table would be treated as a piece of equipment. There would be cable trays, sockets, bits that swing and slide in and out, adjustable this, that and the other, various kinds of storage options – in fact, a whole range of add-ons. It would be part of a system designed to reduce you to a blob of inanimate desk-jelly. But the LC10 is not part of any system. It is just a glass-topped table with a pared-down structure. You put your monitor on it and your computer under it; the reflection off its top means you can’t see the tangle of dangling wires, anyway. Or use it as a meeting table, dining table, whatever – it’s just a table, after all. What a clever concept.

Of course, the Aeron’s real selling point is not so much its ergonomics as its looks. You are buying a classy bit of kit. It’s the ‘power chair’ of the moment. And that does count for a lot. Similarly, I’m sure the US astronauts felt well ahead of the curve with their space-pens. I bet their rival cosmonauts with the pencils really wished they had neat stuff like that. But in the end, the pencil is a better design because it sidesteps needless technology. I think I’m going to keep my Aeron as a piece of sculpture and invest £5 in a wooden stool to go with the Le Corbusier table.

Dream graduates are a recruitment nightmare