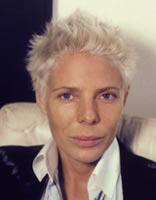 Hillier (pictured) was appointed by Arcadia in June 1999 to oversee the relaunch of women’s fashion brand Dorothy Perkins. She was hired to build an in-house team to generate all design work across brand identity, store design and the Internet. The work launched in September.

It will be staffed by Hillier and a project assistant. A graphic designer will also be added later. ‘I have a pool of talent that I will pull in to construct a bespoke team for each project. It means the client has one point of contact and gets one single visual handwriting across the business,’ says Hillier.

Hillier, who is funding the initiative herself, believes her experience on both the consultancy and client sides will tell. ‘I speak the client language so I can translate their commercial briefs into creative work,’ she says.

The creation of a bespoke team to handle individual projects is similar to the model used at Arcadia for the Dorothy Perkins work.

‘Arcadia recognised that, with the increasing competition, Dorothy Perkins needed to create a more fashionable proposition. It now speaks a serious fashion language to a mass market consumer,’ she says.