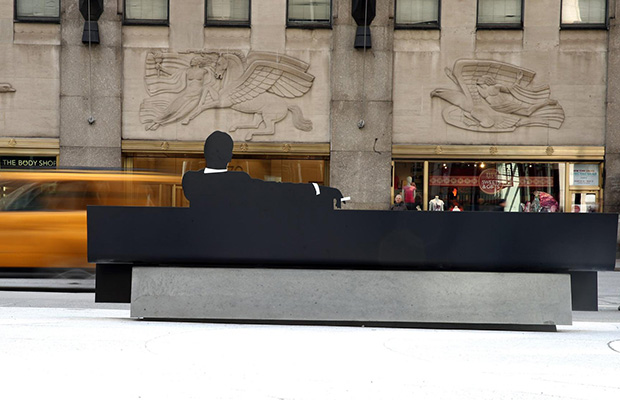 The installation takes the form of a bench and features the silhouette of lead character Don Draper as depicted in the show’s opening credits, (created by Imaginary Forces). 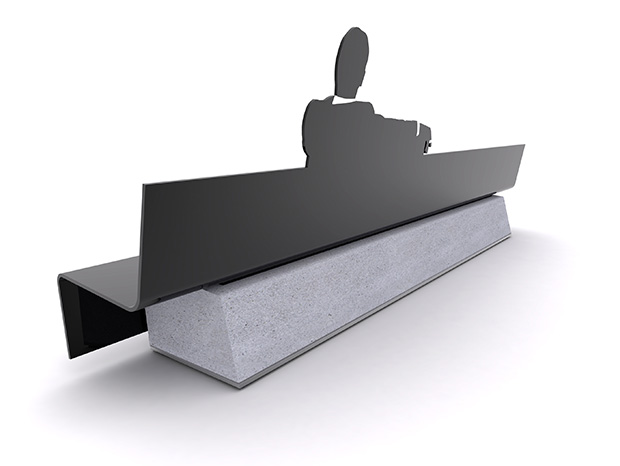 It has been designed for the network AMC and has been installed opposite the Time and Life Building, the offices of Sterling, Cooper, Draper, Pryce in the show. 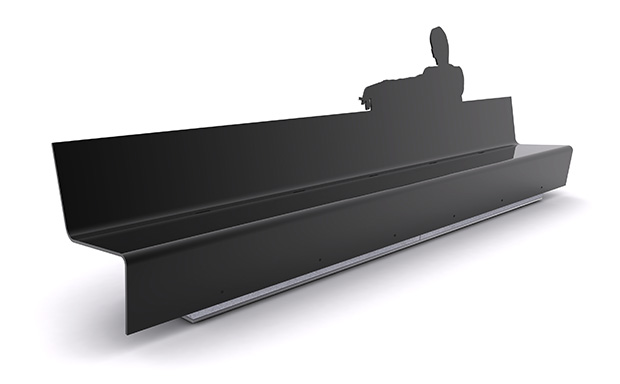 The design of the bench has been led by Apicella and features clean straight lines, which Pentagram says echoes the mid-century modern look of the period rather than attempting to recreate it.

At 3.6m in length, the bench is a two-piece design comprising a steel plate seat and back balancing on a 3m cast concrete base. The silhouette shape has been cut from the bench which has a black powder-coated finish with white painted graphic elements. 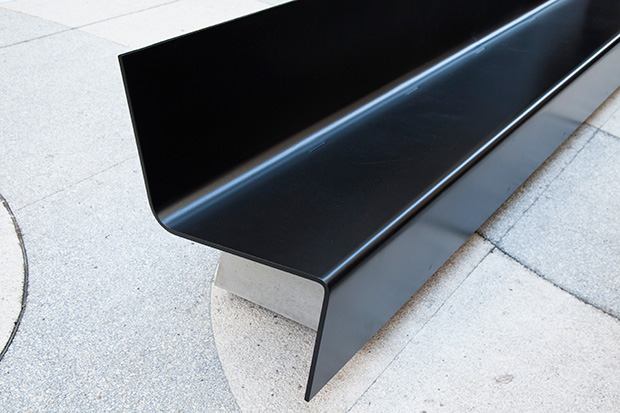 Bierut and Oberman – whose teams were behind the concept – say they also considered a giant fedora hat resting in Central Park and an oversize pair of high heels belonging to the character Joan Holloway strutting down fifth avenue.

They also thought about using manhole covers as a canvas and looked at window silhouettes, lenticular displays and architectural projections.

AMC commissioned the bench to mark the start of the final series, which begins on 5 April. Pentagram also created these temporary street signs to mark the occasion. 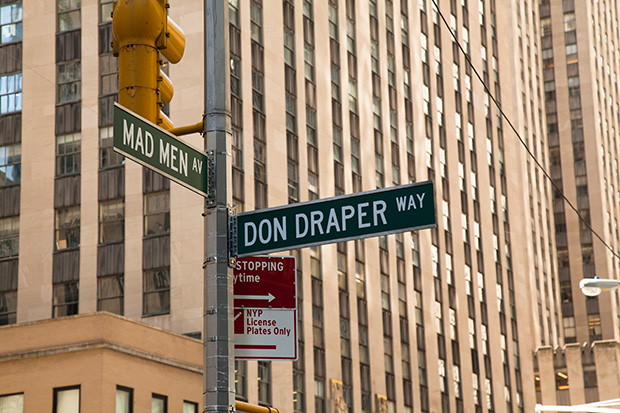 Pentagram hopes the bench will encourage people to sit down and “observe the excitement of New York around them,” or even copy Draper’s pose and post photographs with the hashtag #Draping. 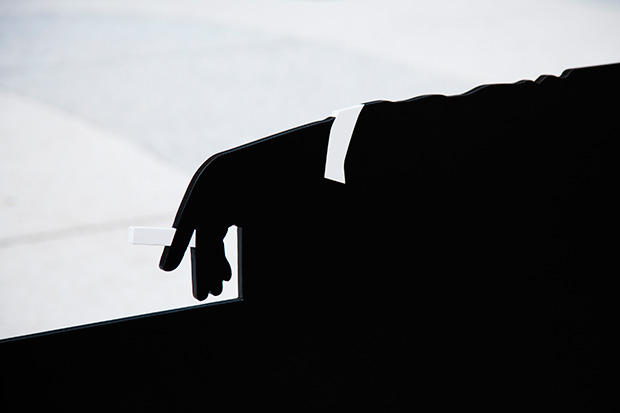 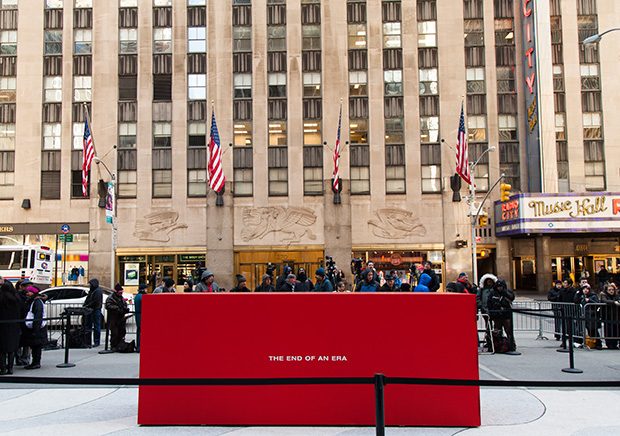 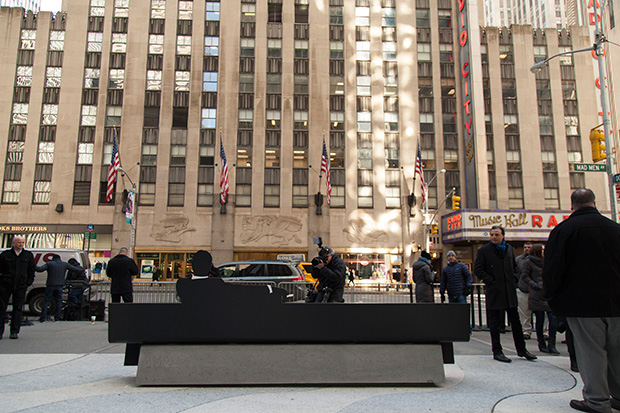 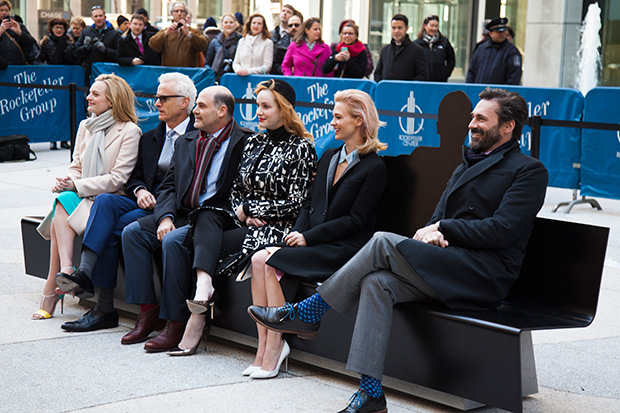