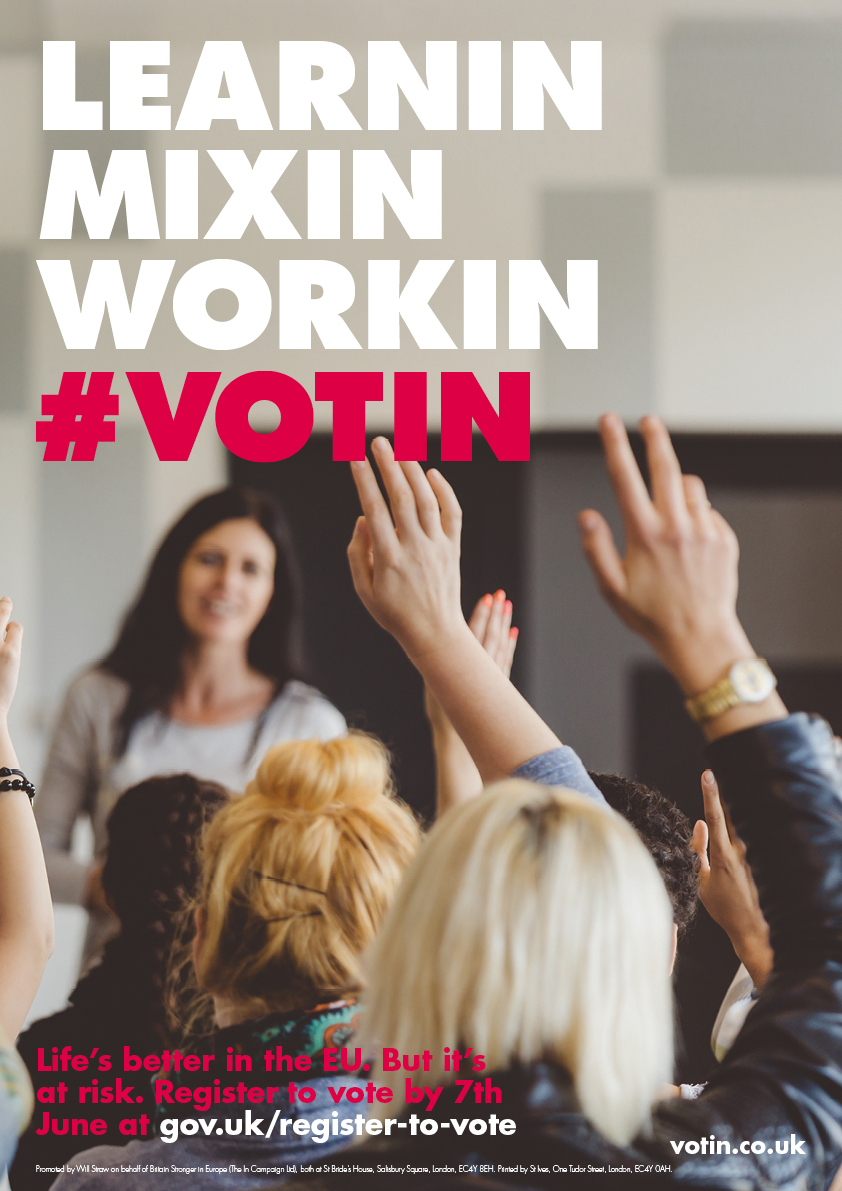 Venturethree has designed an “irreverent” multimedia campaign for the upcoming EU Referendum, aimed to encourage young voters to remain in the European union.

#VOTIN is a campaign set up by Britain Stronger In Europe, the official cross party group campaigning to remain in the EU.

The message is directed at Britain’s population of unregistered young voters, a demographic considered by Britain Stronger in Europe to be both politically disengaged and under-represented in the BREXIT debate. 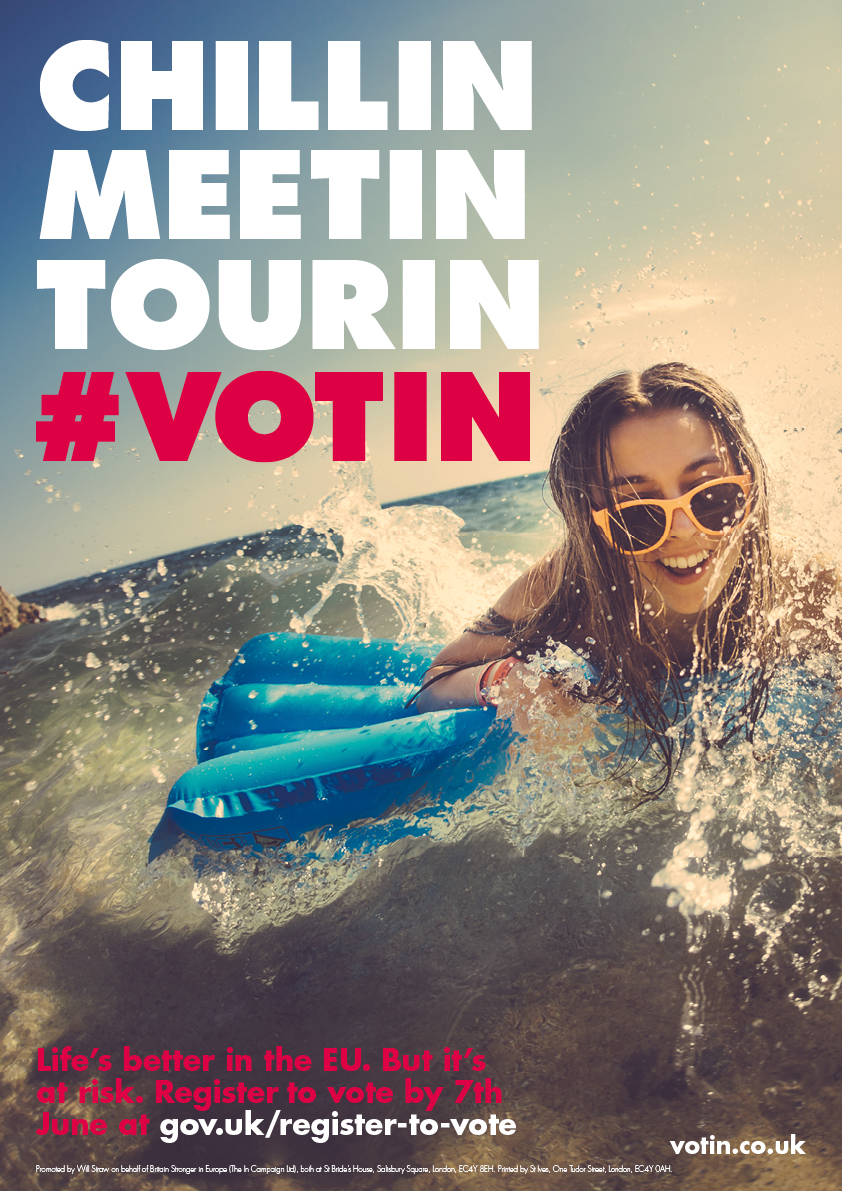 Venturethree’s campaign centres on a “spelling mistake” designed to reflect the way young people speak, and persuade them that “#VOTIN” to stay in the EU is an attractive and relevant proposal.

The print posters are distinguished by a bold, upper case typeface and contrasting pink and white colour scheme, which communicates the ideology of Britain Stronger In Europe through short-form messaging.

This is combined with a background of glossy photographic images showcasing the benefits of being in the EU, including leisure activities, education and employment opportunities for young people.

Venturethree designer Scott Townsin says: “The design, photography and messaging were all chosen without the usual filters of a large-scale political campaign. We’ve cut out jargon and cliché, replacing them with irreverence and the odd joke. With this less ‘official’ style you get a slight ‘us and them’ anti-establishment feel.” 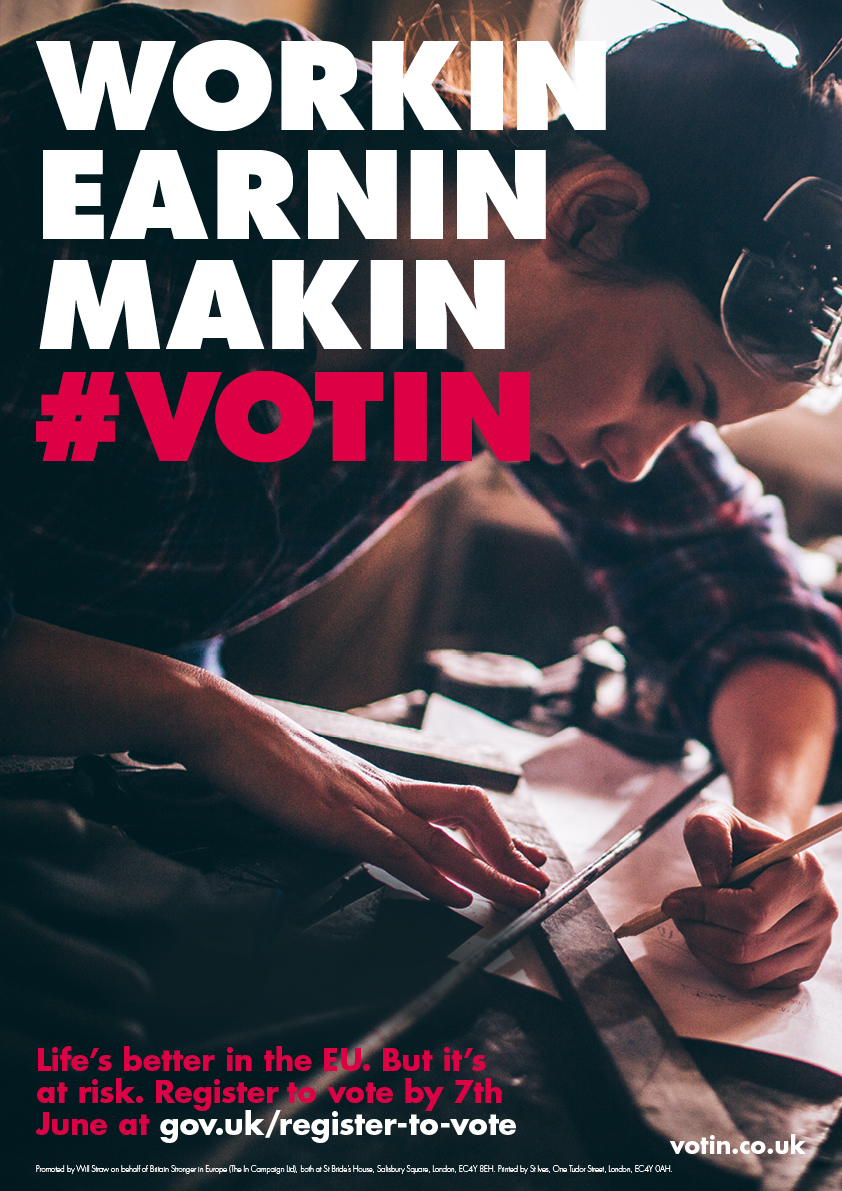 #VOTIN’s design concept aims to promote a Pro-European stance by associating ideology with pop culture references instead of political jargon.

The intention was to combat the perception that younger audiences are often bored by political messages.

Townsin says: “Our challenge has been making a pro-European lifestyle look as attractive as possible. The campaign’s design cues come from pop culture, not politics. It’s obvious. It’s loud. But we felt for this audience, it had to be. It’s almost like you don’t need to say that much because the hashtag #VOTIN starts the conversation.”

Voters have until 7 June to register before the referendum itself takes place on 23 June. 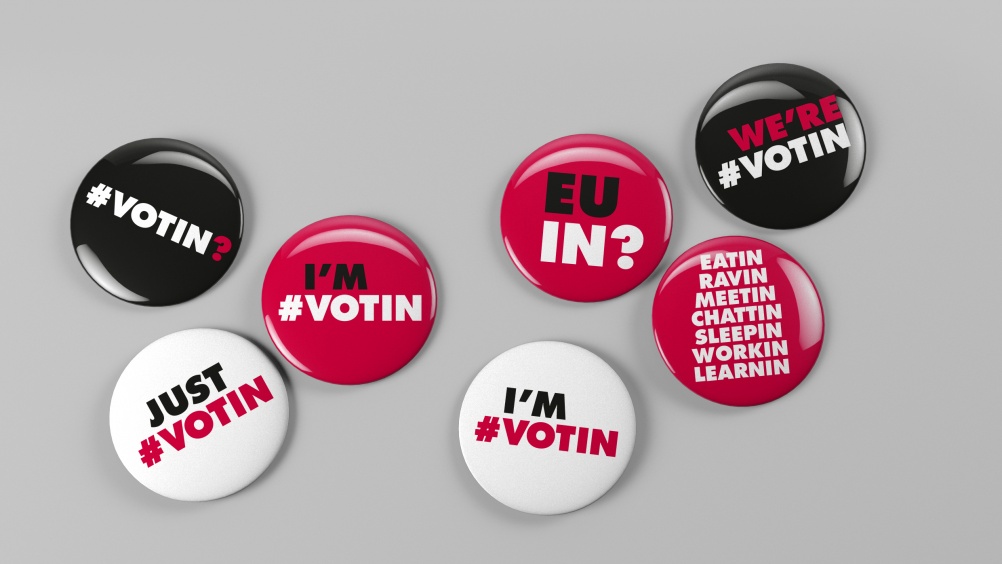 The official opposition campaign group, Vote Leave, is using a logo, which is understood to have been designed in-house and features a red ballot box graphic.

At the time of publication, a representative from Vote Leave’s design team was unable to comment further on the design of its logo or campaign.