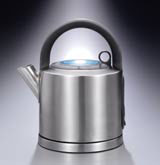 Domotechnica had all the latest household gadgets on show, but Barry Jenkins has doubts over the show’s future – it is now dominated by component manufacturers from the Far East, rather than innovative products by European brands

When I last covered Domotechnica, the biennial trade fair for household appliances held in Cologne, for Design Week about five years ago, one of the stories buzzing around the pressroom was the unofficial boycott by a number of the larger international exhibitors.

While the market leaders were absent, I do remember Korean company Samsung was attracting a lot of attention, along with a relatively small, but worrying contingent from China. This triggered an idea that international trade shows not only reflect a kind of world order, but were also, possibly, entering a new phase, one that could lead to ultimate extinction.

This year’s fair, held between 13 and 16 February, would seem to confirm this. Large shows like Domotechnica are finding it harder to attract exhibitors and visitors, as, this year, the organisers claim to have around 1000 companies showing, against more than 1300 two years ago. 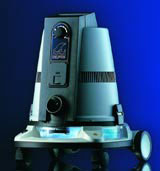 Reading the list of ‘international’ exhibitors is also interesting, as native German companies cover two pages, while the Chinese delegation covers 39. This is clearly a reflection of the way things are shaping up in our industrial world and, as a section of the show is devoted to component manufacturers, it is no surprise that many tenacious, medium-sized companies from the Far East will be keen to develop a market in Europe, where the premier brands in this sector still reside.

What is new, this year, is an event organised between the Cologne Messe and the German Design Council, called E-Selection. Here, a panel of experts have selected a number of new, interesting ‘trend’ products. Aimed at providing a new platform to display the latest fashions and best practice, the selected products will fit into three categories/ Living, Cooking and Wellness. Perhaps the organisers’ intention is for E-Selection to carry the kind of cache that an IF award does, which will be shown in the Forum at the CeBit technology fair in Hanover next month.

Interesting products in the E-Selection include: an air purifier; the iLife, from Singaporean company OSIM International, which draws on MP3 players for its inspiration; Philip’s Baby Cam, which ups the ante by incorporating a video link into a baby monitor; a new vacuum cleaner from Proair, that falls between the overstated look of a Dyson and the discrete quality of a Miele; and a glass hob with an integral wok-like bowl from Küppersbusch Hausgeräte. At opposite ends of the styling continuum are a washing machine from Gorenje, which felt the need to introduce shape to what is essentially a minimal product, and Gastroback’s simple and stylish water kettle, which shows that there is still room for simple styling, in an age dominated by technology.

But, overall, what is noteworthy is the panel’s inclination towards German manufacturers, with the possible exception of Dyson – although it is included under its German associate company, Dyson GmbH. Rather than a case of favouring indigenous entrants, it is, perhaps, more a reflection of the growing tendency for ‘international’ shows to be more nationalistic, or even just the nature of the appliance sector. After all, Germany is Europe’s single largest market for domestic appliances, with around 39 million households. As a result, it has, for many years, been the source of both large and small domestic appliances, with leading brand names, such as Bosch, Miele, Siemens and Braun, to name a few. 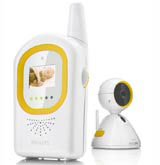 From a UK perspective, these have always been seen as premier brands, offering good build quality and clean, modern design. Although, like so many other sectors, manufacturers have found trading difficult. After an all-time low in 2003, there are now signs of recovery, with industry sources forecasting a 2 per cent annual growth in both small and large appliance sectors. With a highly discerning consumer, however, this does mean that margins will continue to be squeezed, as the underlying trend in Germany is for more durable products, which by default must favour their own manufacturers and not cheaper foreign imports.

In addition to the E-selection, there was industry support at the show in the form of Deco Lab, including visual merchandising and point-of-sale advice, along with presentations on Design, Retail, Consumers and Science. Again, this is a reflection of how trade shows are changing, becoming less like a marketplace and more informative to attract visitors. Despite low cost travel, it is no longer viable or necessary to send representatives to trade shows just to see the latest product. There are more targeted, highly effective ways of reaching your audience. Shows like Passenger Terminal Expo (Paris 21 to 23 March) place a stronger emphasis on their conference and seminar programmes, with a smaller, more focused exhibition as a bonus. This is likely to be the way trade shows will survive, although, for the moment, we may be seeing less of the familiar exhibition panache from Europe, and more nuts and bolts from the Far East. l