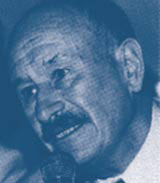 Jim Davies’ Private View (DW 19 August) must have struck chords and touched the nerves of those in the creative fraternity who have ever been called on to promote the companies they own or work for. Being your own client or, conversely, your own advocate, is a daunting task. At least to Brits. North Americans are less restrained in the art of self-promotion – or, indeed, in presentation (‘show and tell’ is a classroom activity on the other side of the Atlantic from the age of four). We, on the other hand, think it improper to boast.

I recently attended a Society of Authors workshop on marketing your own book. The speaker urged each of us always to reply whenever asked our occupation: ‘I’m an author’. Most of us felt diffident, especially if our output was equally modest or we earned the major part of our income by other means. But the speaker was right. If we wish to get ourselves known, talked about, it is perverse to shut any open conversational door.

Another restraining factor in self-promotion is the sheer wealth of material. You know too much about yourself or your company. Focus is difficult. It’s far easier for an outsider.

When my company hit a bad patch in attracting new business we sought the advice of a communications consultancy – which, as it happened, was what we were. Its analysis and recommendations were percipient, not to say embarrassing.

Why couldn’t the physician heal himself? Was self-analysis impossible or too delicate an undertaking? Were we deafened by the sound of our own axes being ground? An outsider would be detached, unfazed by frank comment and more likely to concentrate on essentials. The report was useful and, though hurtful, a surprise to none of us. The shock was one of recognition. We knew it, but had not gone through the discipline of articulating our knowledge. So bringing in an outsider, which made us feel brave and professional, was, in fact, the soft option. It was a process we could and should have conducted ourselves – at least initially – especially as we were accustomed to using the simple diagnostic techniques involved.

Davies is right. Finding out about your company, especially its culture, demands ‘serious, intensive soul-searching’. He encourages us to dig: ‘You may even get to the bottom of who you are, what makes you tick and what makes you different.’

But, you say, surely we know all that already, each of us. It’s second nature. But – have you ever compared notes? Or is it so obvious that you have never bothered to pursue it?

Corporate culture, despite being a burgeoning industry and academic discipline, is very easy to define. It comprises two factors: a company’s philosophy and personality – what it believes and how it behaves. The first may be enshrined in a mission statement or some such. The second, however, is rarely committed to print. And yet a company’s distinctiveness is more likely to lie in its personality than in its philosophy – just study the numbing similarity of corporate statements. The style in which philosophy is made manifest is ‘what makes you different’.

That style is hard to pin down. It is something you recognise, live, take for granted, begin to appreciate only by its absence, but seldom define. An exercise in definition would either confirm that individual feelings were common or reveal a weakness to be treated. Furthermore, an agreed personality statement could act as a guide for a third party.

A company executive interviews a potential recruit. Later a colleague asks how it went. The executive replies, ‘I don’t think he would have fitted in.’ Into what wouldn’t he have fitted? Presumably each of the company people would know instinctively. But would a third person, for example, an executive search consultant?

Or again, a design team presents a layout. The client spokesperson rejects it with a shrug and the words ‘It’s just not us’. Why not? What is ‘us’?

Epictetus, a Stoic philosopher and 2nd century Wally Olins, had this to say about identity. ‘First know who you are and then adorn yourself accordingly.’