The Scottish government has amped up its commitment to providing access to period products by launching an app which allows users to find locations which offer them for free.

Scotland became the first country in the world to make period products free in 2020. MSPs unanimously approved the Period Products (Free Provision) Bill, which impresses a legal duty on local authorities to ensure items like pads and tampons are available to “anyone who needs them”. 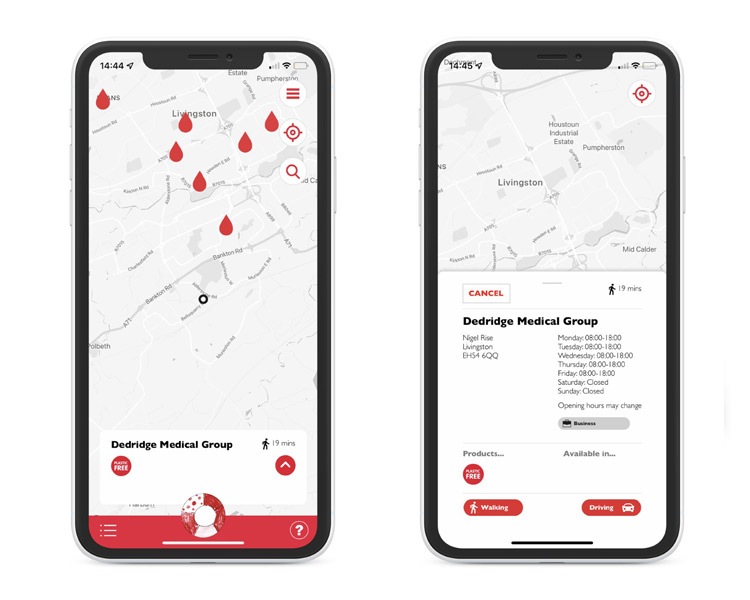 PickupMyPeriod has been developed by Pogo Studio, a digital studio which has previously worked with NHS Scotland, and My Period, the education-focused unit of Hey Girls, a social enterprise which produces environmentally friendly period products.

The two entities were first introduced at the Great British Entrepreneur of the Year Awards 2019, according to Pogo Studio managing director Jack Francis. “We got chatting about app development for a while and ended up getting the opportunity to go into their offices and discuss building the app with them,” he says.

Francis adds: “Our two companies seemed a fit technology and culture-wise, and alongside students from Edinburgh Napier we began building the app.”

The app offers users links to more than 700 venues across the country from which period products can be found for free. The government says this number will increase as even more authorities and organisations add their details to the system.

Using location data, PickupMyPeriod shows users their closest collection point via a map. Results can be filtered by a number of different metrics, such as wheelchair accessible venues.

The app also has resources to help people deal with periods and understand them more. This is done through “menstrual health education flashcards”, according to the government.

It also offers information on more general wellbeing. PickupMyPeriod’s advice section for example offers access to information from NHS Scotland and the Citizen’s Advice Bureau, and covers both period-related and other social issues. 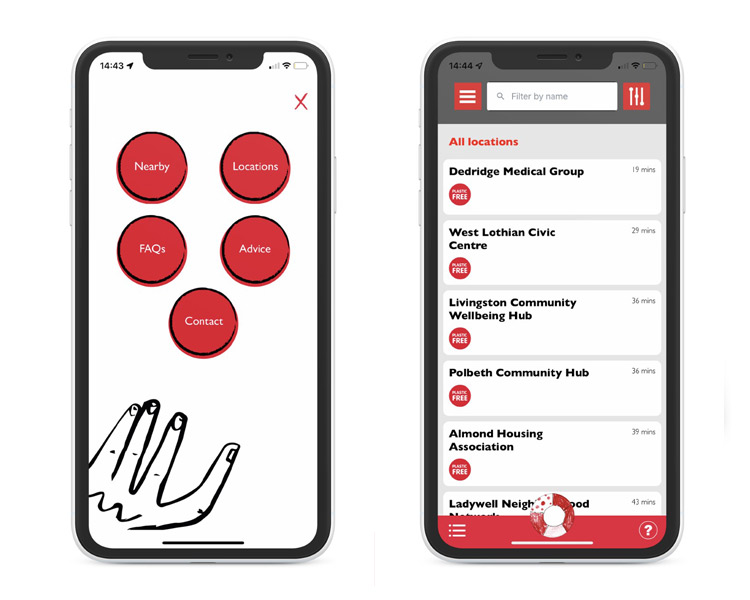 “Making sure the technology was right for the app”

The UX of the app is necessarily pared-back for ease of use, Francis explains. Users navigate via a series of red buttons.

“The biggest consideration was making sure the technology was right for an app with the potential scale that this one has,” he says. “We also needed to make sure that the app was designed in a user-friendly manner that was consistent with the Hey Girls brand.”

Similarly, the branding for the app is simple, but reflective of the wider Hey Girls brand, which Francis says is already “very strong”.

According to Scottish social justice secretary Shona Robinson, young women and girls have been involved in the development process of many government interventions to eradicate period poverty.

“PickupMyPeriod will act as a fantastic tool to raise awareness of period poverty and equality, as well as providing support to people who need a little extra support across Scotland,” she says.

What do you think of the app? Let us know in the comments below…