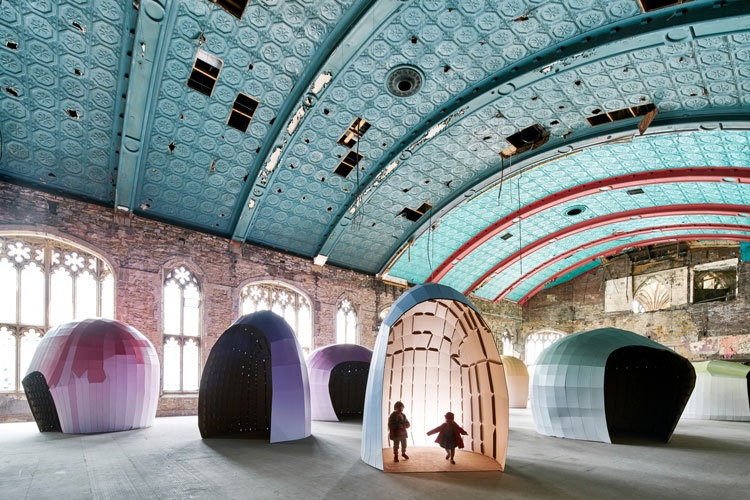 Update 1 May 2018: The National Festival of Making will return to Blackburn for its second edition on 12-13 May 2018. The event will see various workshops and other activities, including a retro screen printing session with Supermarche and 3D-printing demonstrations by FabLab. Entry is free, but some activities require booking. For more info, head here.

For the Lancashire town of Blackburn, its industrial and design heritage remains at the heart of the community even today. Roughly 25% of the population are still working in making and manufacturing industries.

The first National Festival of Making hopes to celebrate this history, as well as the diverse range of manufacturing skills in the UK today.

Launching in May 2017, the two-day festival is being developed by the Festival of Making Community Interest Company – a collaborative venture involving Lancashire-born designer, Wayne Hemingway, festival producers, Deco Publique and social enterprise, Placeshakers.

Hemingway first became involved with the initiative while recently working on another Lancashire-related project, Blackburn is Open.

“I discovered that Blackburn has twice the national average of people employed in the manufacturing industry, and a community of talented and creative makers working from homes and studios across the region,” the designer says.

“My wife, Gerardine and I had previously come up with an event idea The Festival of Thrift, and that has given us the knowledge and experience to understand that a Festival of Making can also work.”

There will also be a series of Front Room Factories documentaries, focusing on local makers and artisans who use their homes as the production lines for their businesses.

Hemingway says he hopes one of the key takeaways for people attending the festival will be that “making and manufacturing are great.”

“Doing stuff with your hands is stimulating, and the much maligned Blackburn and its surrounding towns have wonderful DNA running through them.”

The Festival of Making will run from 6-7 May 2017. For more information, head here.