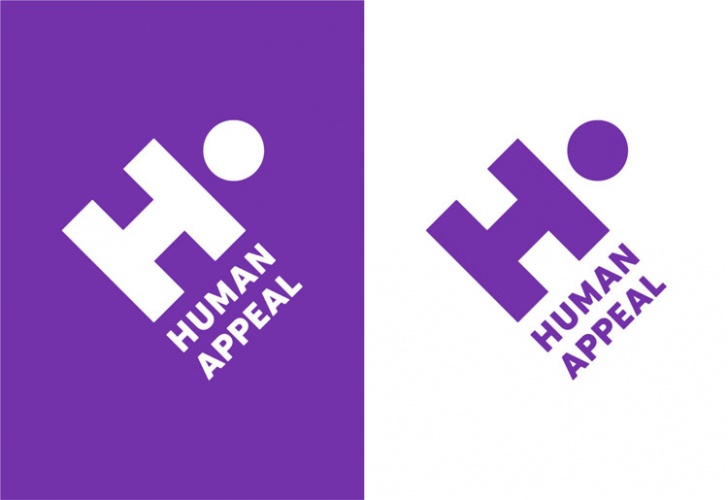 The international humanitarian non-governmental organisation (NGO) says it aims to provide relief around the world in times of crisis and help those living in poverty.

Twenty-five years after being launched by students in Manchester, the charity, which now has a presence in 25 countries, has enlisted Johnson Banks to redesign the brand in a bid to broaden its appeal.

“They are now a genuine and growing force in international humanitarian NGOs,” says Michael Johnson, founder and creative director at Johnson Banks.

“They come from a ‘faith’ base (the Muslim community) but because of their outlook and name, they wanted to be able to reach out and appeal to a wider and more secular audience, without losing their base,” he says. 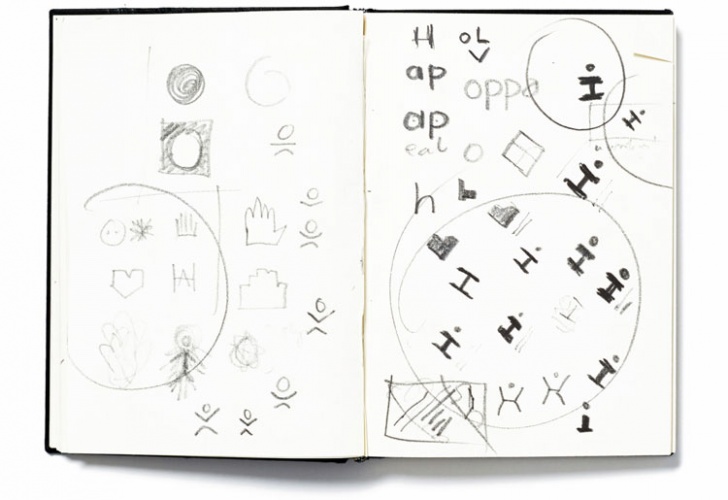 After experimenting with various typography for the name, Human Appeal, it was decided that “an easily recognisable symbol” would be the best way to go, according to Johnson, and could even prove “vital” in relief areas where people do not speak English.

Much of the design is centred around a logo which combines the letter H with a person symbol.

“We started searching for symbols of humanity that weren’t clichéd or hadn’t already been done. This proved to be a challenge,” Johnson says. “Then on a train one day, as I sketched out the ideas we already had, I sketched an ‘H’ for Human Appeal then added a dot – for ‘human’.”

This symbol has been tilted to a 45 degree angle – this tilt becomes a theme that was continued through much of the branding, such as in patterns or writing overlaid on images or documents.

A new typographic family was chosen called DIN Next, which Johnson explains, “has multiple weights, a stencil version for emergency appeals and has a very good Arabic equivalent.”

“We also developed a series of patterns for when they carry out religious appeals and can’t use imagery,” he adds.

The patterns include repeated prints of the logo facing in various directions and geometric patterns in white on purple.

The design studio has also recommended for the branding to be used alongside photography from unusual angles, such as birds-eye view shot of places, or wide-angle pictures.

The branding will appear across all the charity’s channels including the website, on fundraising materials, communications, merchandise and more.

It is quite a drastic change from the Human Appeal’s previous branding, which featured a logo with a world map in the centre and the charity’s name surrounded by wreaths.

According to Johnson, the new branding has already made an impact. “The website conversion rates are already up by 50% and online branded advertising is outperforming anything they’ve ever had,” he says. “We’re waiting to see the impact on fundraising so far.”

All images courtesy of Johnson Banks. 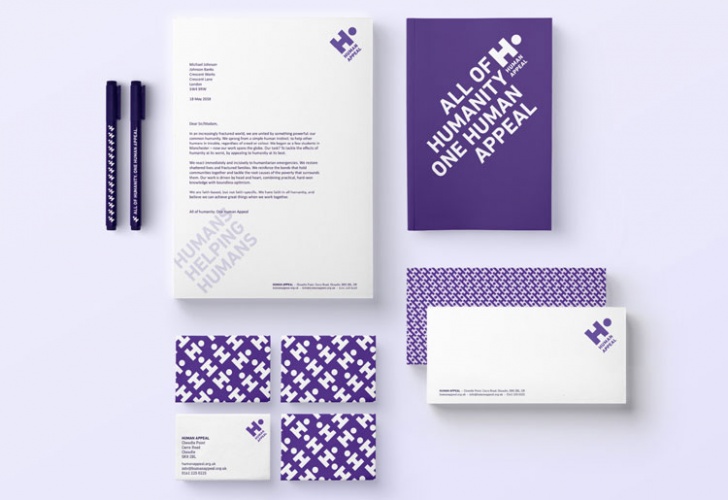 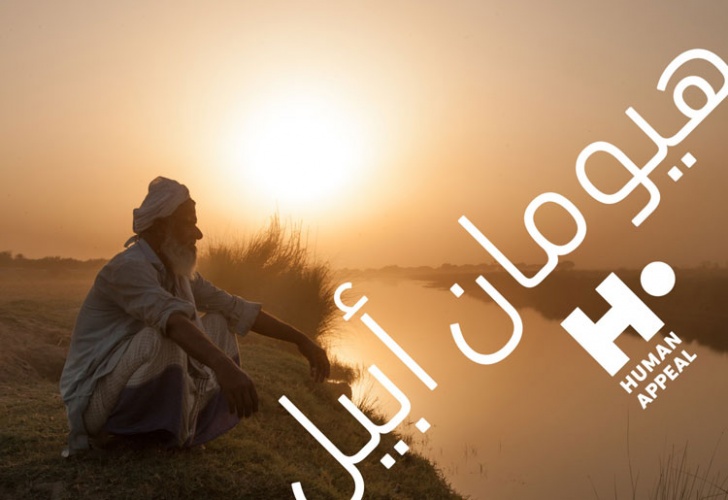 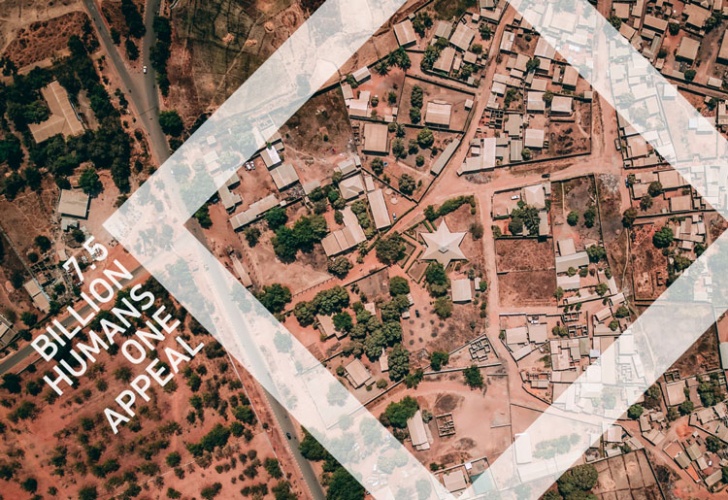 Designing a website to promote better mental health in the workplace