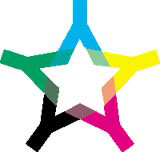 Yorkshire has traditionally been famous for many things, but design was never one of them.

Mining and manufacturing industries, once the county’s engines of industry and chief employers, have all but gone. Leeds, now of such a size that it has virtually merged with neighbouring Bradford and by far overtaken the official county capital, York, is crammed with the offices of finance companies and banks.

Call centres have replaced mills, and the city reverberates to a healthy scene of clubs and bars. There are, famously, a Harvey Nichols department store and a wide selection of restaurants. There is also a growing community of design consultancies.

A collection of like-minded Yorkshire designers – and a number of willing clients – is now attempting to capitalise on this growth, setting up an initiative to promote the county.

Design Yorkshire is a non-profit making group formed by people from businesses throughout Yorkshire. It has clearly stated aims (see below), which basically hinge on encouraging client companies in the area to understand the value of design and use the design resources available locally, for their mutual benefit.

Membership is voluntary, with groups convening for specific project meetings and, although some initially active members have found it difficult to spare as much time as others, a core of active members usually attends every meeting.

The initiative has been up and running since January 1999 and is likely to begin a process of further raising its public profile soon. A corporate identity has been developed by The Chase – technically a Manchester consultancy, but with a Yorkshire office which carried out the work – and a website is being developed by Planet Online. The launch of the site is imminent, with a spokeswoman saying it will certainly be operational by late March.

The longterm hope for the initiative is that, via a co-ordinated programme of activities, the county will eventually be seen as a geographical area of professional creativity to rival London’s Soho or Clerkenwell.

Elmwood chairman Jonathan Sands, the energetic entrepreneur who heads Design Yorkshire, sees the establishment of a centre for design excellence as the natural grand finale of the body’s first stage. This, modelled on Glasgow’s Lighthouse, would provide a focus for all regional design activities, such as research, learning and production.

It is also, Sands feels, an achievable goal which members can work towards. Local authorities appear keen on the idea, with a number keen to play host to the centre.

The work has not always been easy. Sands has had to take a less active role within Elmwood, as 50 per cent of his time has been spent on activities outside the consultancy. Much of this has been taken up with Design Yorkshire.

There are additional plans, however. A number of projects are well underway, each with the aim of showing off the design talent based in Yorkshire and enthusing other local businesses.

Some are simple, yet practical. A book is in production – The Little Book of Innovation – which will feature ideas from successful Yorkshire businesses which have proved useful in encouraging innovation among staff. Bearing in mind some large companies, such as rejuvenated supermarket giant Asda, are Yorkshire- based, the book may feature some handy tips. It is scheduled for launch at the annual Yorkshire Business Conference later this year.

1 Stimulate the use of design and design best practice within the region’s businesses, through dissemination of research via commissioned publications, press articles and our website. And through running appropriate seminars and conferences.

2 Create a regional centre of design excellence which could be a meeting venue, conference centre, library, cafÃ©, exhibition venue and place of inspiration for the public of Yorkshire. A place that adds value to the contemporary brand values of Yorkshire.

3 Encourage local businesses to take part in design awards such as the Design Council’s Millennium Products initiative to ensure the region is disproportionately represented.

5 Raise awareness of design in Yorkshire among the public through a number of specific projects with genuine, measurable benefits.

6 Work with local organisations such as the RDA Yorkshire Forward, the region’s universities and Business Links to support related activities.

7 Raise the profile and promote the services of the region’s design consultancies.

8 Create a firm set of recommendations to local and national government on how to promote and encourage design excellence.

9 Help change the perception of Yorkshire in a positive way by raising awareness of the region’s contemporary virtues.

10 Make a real difference to Yorkshire’s GDP performance by delivering a number of actions which have measurable outcomes.