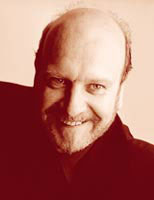 Is London calling? It’s a question that many consultancies based outside of the capital have had to ask themselves at one time or another. The need to be near, and seen to be near, clients, many of whom have headquarters in London, is a strong draw. The prestige of London, too, is a powerful attractor and there is a certain social cachet to living and working in the capital.

While being outside of London is no barrier to doing great creative work, and doesn’t stop anyone from getting into the capital for a 9 o’clock morning meeting, there are consultancies that feel setting up in London is a must-do.

‘London is a new market for us, but we never felt we stood a chance by being 200 miles away,’ says Casey. ‘It was extremely important that we got the right creative person there, which we have in Harriet Devoy, as well as a new business presence. We are setting something up that will grow into a team.’

The biggest problem for Casey was knowing what size of office to move into, ‘because it is difficult to foresee how quickly the team will grow’.

‘Open’s lease was running out so we decided to get a space together. We were able to get a bigger space than we would have otherwise been able to which makes things more flexible,’ Casey comments.

Navy Blue, which has two offices in Edinburgh, opened in London in 1998. Creative and joint managing director Geoff Nicol maintains that London is a ‘huge centre for design’.

Navy Blue’s London office now makes a profit and Nicol feels that through the creative and business opportunities offered by having a London presence, the Edinburgh office has benefited too.

‘The work the London office does helps inspire our Edinburgh offices and vice versa. It’s about spreading the risk. Our business has got stability. If Scotland falters we’ve got London and that works both ways. We now have a better business structure,’ he says.

However, Nicol warns that consultancies may find it hard to stamp their mark on the London scene immediately.

‘A lot depends on the person heading up the operation. If the person does not have energy and drive then it won’t work. But you can’t rubber stamp what you have always been, in our case an integrated offering, on a new area straight away. You must keep your eye on the short, medium and long term. We’ve had to be very organic and develop the business as the portfolio grows,’ says Nicol.

While Navy Blue has successfully transformed itself into a national consultancy, the move to London was not as successful for Leicester product group Jones Garrard, which launched in the capital in 1999.

‘The move lasted a year. We tried to reposition the Jones Garrard offer as Think and it was too big a step. I believe that if we had moved the Jones Garrard brand to London things would have been easier,’ says director Michael Rodber.

Rodber says the consultancy learnt a lot from the experience, especially that change is not necessarily for the best.

‘The move destabilised a lot of people in the Leicester studio. We learnt that people don’t like change,’ he adds.

While Rodber admits that the kudos attached to being in London was a strong attraction for the consultancy, Casey believes it is vital to have a firm business plan.

‘I would avoid going to London if the only reason is just for the prestige. You have to be cautious with any new venture and you need to keep a tight control on costs. It’s very easy to let costs run away, but we hope to hit a profit in the second year,’ he says.

London has vast potential, but it can also be a huge banana skin for consultancies. It can turn a consultancy into an international brand, such as Attik, which branched out to London from Huddersfield in 1994 and now has offices in New York, San Francisco and Sydney. But it can also be a drain on resources as Jones Garrad discovered.

Running a successful consultancy is not all about location, location, but a move to London can increase your company’s opportunities for work, expand its creative portfolio and further its recognition across the board.

Cost of a London office

Getting the right property is crucial for consultancies thinking of a move to London, says David Rosen, senior partner at specialist commercial estate agency Pilcher Hershman.

He advises to forget about buying property until the consultancy has established itself and to avoid leasing in Soho and Covent Garden. ‘The rent in those areas is double and anyway you get the same vibe in recognised fringe locations such as Clerkenwell, Hoxton and Shoreditch,’ he says.

Rosen also warns consultancies to avoid taking long-term leases so flexibility can be maintained and to seek professional property advice before coming to London. ‘Do not take a lease of longer than five years and initially rent a 1000 or 2000 square feet property.’

For very small operations the work/live option should also be considered, he suggests.