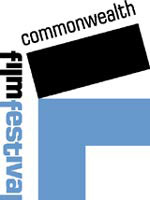 Love has created the identity for the inaugural Commonwealth Film Festival, which takes place in Manchester from 28 June to 7 July.

The logo will first appear on stationery in the next few weeks, as the festival’s directors Michael Burke and Michael Fox start to contact film directors with a view to showing work at the festival.

Love was briefed to create an identity that would appeal to the broad audience Burke and Fox are hoping to attract, says Love creative director David Palmer. The festival will feature a mix of mainstream and niche feature films, documentaries and short films.

Home-grown UK films will show alongside work from across the Commonwealth to ‘get people to rethink the idea of the post-Imperialist Commonwealth’ and the ‘enormous relevance of films outside Hollywood’, says Burke.

The identity will be applied to media including advertising and a website, says Palmer. Love presented creative ideas to Burke and Fox, who liked the work so much that they decided not to hold a pitch, Burke says.

The festival, which is part of Cultureshock, the Commonwealth Arts and Culture Programme, will incorporate a Bollywood night to celebrate the Indian film industry.