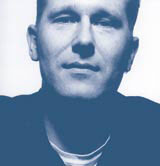 It was inevitable perhaps, but it still came as something of a shock. Like hearing that an old friend, who you’d lost contact with some years earlier, had passed away.

In April, The Face magazine was put to bed for the last time. Its cover featured slick US R&B stars Andre 3000 and Kelis. It was a million miles away from the toothless Jerry Dammers gurning on the first issue, in May 1980.

OK, I’ve bought only the occasional copy over the past few years. But for a decade, I’d be pounding at the newsagent’s door on the day it came out. I’d even, if funds permitted, buy two copies of what I reckoned to be interesting or significant issues. Although why I have duplicates of May 1991 (Volume 2, Number 32) featuring Transvision Vamp’s Wendy James in a bikini top fashioned from a few strategically positioned pearls, is quite beyond me.

Over the years, my collection of Faces became part of the furniture. Literally. For want of enough chairs, friends would sit on the piles of magazines that had gradually taken over wherever I happened to be living at the time. I’ve still got them all. They vie for space in my office with all the copies of Vogue my wife has collected since September 1976… but that’s another story.

For me, The Face is a substitute for the journal I never kept. Particular issues remind me of people and places, the pop culture that really seemed to matter at the time. More than that, it introduced me to graphic design – typography in particular – prompting me to take a postgraduate course at the London College of Printing. (I subsequently discovered that Neville Brody had hated it there).

Though some of The Face’s fashion spreads look a bit ropey by today’s standards, Brody’s influence on contemporary magazine design can’t be underestimated. The list of heavyweight photographers who used it to further their careers is phenomenal – from Mario Testino and Nick Knight, to Steve Meisel and Corrine Day. Unusually, they were given a completely free hand, which meant they raised their game, producing arresting, surprising results more often than not.

But it was Brody’s graphic framework that really set the agenda. He kept to a traditional grid system and treated body copy with respect. This allowed him to take more liberties with layout, tints, and, in particular, headlines. Famously, he spent hours painstakingly drawing up letterforms and clever graphic symbols, which would eventually be transformed into a kind of typographic illustration, often acting out elements of the story. They were wonderfully extravagant, sometimes taking up a whole page, but they were always worth waiting for.

Brody clearly had an eye for talent, too. Robin Derrick, who’s art directed British Vogue for the past 11 years with such great aplomb, was plucked straight from his Central St Martin’s College of Art and Design degree show to help out at The Face. The gentle, amazingly modest Phil Bicker, who took over the hot seat when Brody moved on to Arena, is one of the most underrated design talents to have emerged in recent years. It can’t have been easy filling those shoes, but Bicker was sensible enough to do his own thing; guiding The Face through its tricky transition to Apple Macintosh, and developing an engaging, bitmapped aesthetic that neatly mirrored the emerging technology. It was also during Bicker’s tenure that 15-year-old unknown Kate Moss appeared on the magazine’s cover.

Inevitably, The Face’s once-groundbreaking attitude, fostered by founder Nick Logan, finally became commoditised, finding its way into mainstream titles. The effort of constant editorial and graphic reinvention finally took its toll, and younger, more radical pretenders emerged to better reflect the tastes and obsessions of the day. In its heyday, The Face’s circulation was 105 000. When Emap, its final owner, closed the magazine, this figure was rumoured to have slumped to less than 25 000.

But its influence on graphic design is still being felt. It created a new awareness and new possibilities. It was never slow to showcase design either, from features on a young Malcolm Garrett and Jean Paul Goude’s work with Grace Jones, to futuristic Japanese gizmos and Art Deco architecture. And for a consumer magazine, particularly one that defined an era, 24 years is pretty impressive. Magazine years are like dog years: there are seven to every one that humans endure. So The Face was a grand old 168 when it was finally laid to rest.

Coffee companies blend a brew for the home market