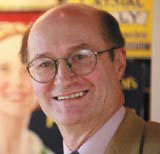 Robert Opie’s vast collection of packaging, dating back to the 1800s, provides a colourful history of marketing design and triggers a strong sense of nostalgia. John Stones takes a trip back in time.

For most of us, packaging is something we discard. Once it has exerted its magic on us and persuaded us to part with our pennies, it is usually disposed of in the rush to get at the contents. Not so for Robert Opie, who has devoted his life to collecting packaging, and has already amassed more than 500 000 pieces of packaging and promotional paraphernalia.

This vast treasure trove of our commercial, visual past has been homeless since 2001, when Opie was forced to close the Museum of Advertising and Packaging because the Gloucester docks area, where it was located, was being redeveloped. Four busy years later and it’s back as the Museum of Brands, Packaging and Advertising, safely ensconced in a new home provided by design consultancy PI Global, in a mews close to Portobello Road in Notting Hill, West London – a ‘Mewseum’ as PI Global’s newsletter groaningly calls it.

Opie has been scouring Portobello market since the 1970s and for some of the pieces in the museums, it’s a returning home of sorts. Neil Tennant of the Pet Shop Boys has highlighted the way a pop song can take you back to a particular moment in time, with crystal and poignant accuracy. Packaging is similarly ephemeral, yet has the same power. Looking at the display, frantically being readied for opening on 1 December, it’s impossible to stop yourself from being transported back in time. Monster Munch crisps packaging of the 1970s? Persil soap from the mists of time? Quintessentially 1980s Lean Cuisine? The trigger depends on your age. It’s a reaction that Opie savours when watching people engage with his collection, but with the slightly envious observation that his familiarity with packaging means it seldom triggers a sense of nostalgic déjà vu.

For Opie, it all started with stamps as a teenager, but he soon bored of that and stumbled across packaging, which he saw as a vast uncolonised area and one which didn’t require deep pockets to satisfy a voracious collector’s thirst. As his parents were collectors too (books and toys, primarily), collecting packaging ‘didn’t look odd’. Since that moment when he was 16, Opie has spent a further 41 years obsessively collecting packaging.

Chris Griffin, partner of PI Global, recalls going for a drink with Opie, buying a bag of peanuts and horrifying him by ripping it open. Griffin went and bought another packet, which was then opened carefully, its contents consumed, and then tucked away for future inclusion in the collection.

But, as well as feeding the obsessive collector’s itch, Opie’s project acquired a serious dimension from the beginning. ‘I was really trying to pull together the laces of a world no one had looked at. There’s a gap in our knowledge when it comes to commerce and trade,’ he says. This social, historical aspect means it’s not only the aesthetically pleasing or historically fashionable that has been included.

Initially, his collecting was subsidised by a day job working as a market researcher for Retail Audits, now subsumed into AC Nielsen. But the collection soon became the day job too, whether curatorially, by way of numerous books, or consultancy to companies wanting to understand their own – usually discarded – packaging and brand history.

Opie has put the new museum together in three parts. First, there are deliciously full cabinets stuffed with packaging, grouped by decade and accompanied by historical props, with examples right up to the present. Then there are the truly fascinating case studies, where a particular product, say Head & Shoulders, is presented in the full sequence of packaging iterations. Other than a very select few, such as Toblerone, most brands have been continually tweaked and transformed over the years. Finally, there are the temporary displays.

The museum is likely to be popular with schools, but the display is also a masterclass for designers and marketers, particularly the case studies. Not only do they reveal that the most recent packaging designs are not necessarily the best, but that so much that seems new has already been done. For instance, retro-packaging, or playing the heritage card, has a venerable history. Designers can thank Opie for preserving both the forgotten bits of their personal and professional history, and, perhaps, for providing inspiration for the future.

The Museum of Brands, Packaging and Advertising opens on 1 December.
For details, see www.museumofbrands.com