The 1580m2 retail space, situated on the third floor of the department store, is designed to showcase established and emerging fashion designers, including Acne and Kenzo.

First commissioned to work on the project in May 2015, Campaign has based the Designer Studio’s installations – or follies – around the concept of a “theatre of forces”, working closely with each of the artists, according to lead designer Jenny Ford.

“These installations both large and small scale, [are] adaptable, versatile, exciting and durable, and provide a platform for brands to artistically express their seasonal vision and line,” Ford says.

“Each folly helps to anchor key areas in the designer studio, and together they cohesively work to create a theatre of forces in the gallery-inspired architecture.”

Other key design features include an art gallery with works that are selected by Selfridges and its Design Studio partners and collaborators each season, and a book shop selling a mixture of photography, fashion and art books, magazines, annuals and collectible editions.

The changing rooms are designed to be “Instagram-worthy”, according to Selfridges, featuring mid-century furniture, patterned curtains and music playlists curated by the designers.

Meanwhile, the rest of the interiors strike a balance between “new and old, clean and raw”. The space includes coffered ceilings and exposed concrete columns, while six previously blocked off windows have also been opened up to make use of the natural light.

“The palette sits comfortably and modestly together, and enhances the design,” says Ford, “allowing the follies to be the show stoppers.” 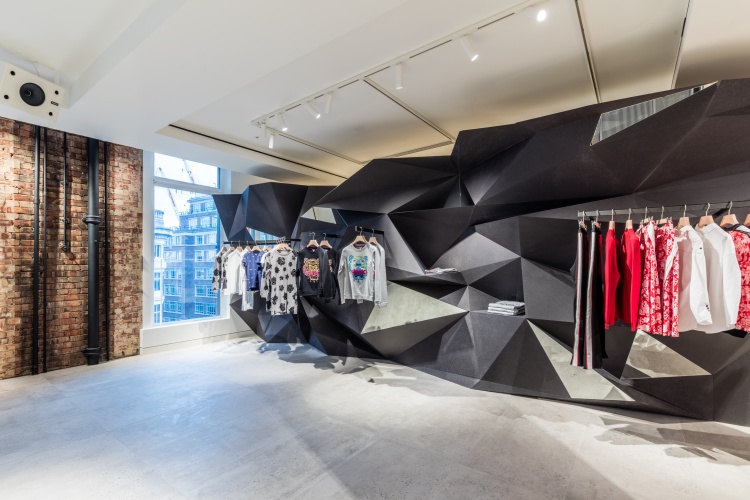 5 things design firms should be doing after Brexit