Fraser Muggeridge Studio has rebranded the Quentin Blake Centre for Illustration using a typeface inspired by its new building, located in Clerkenwell, London, which opens in 2024.

The organisation, formerly known as House of Illustration, has repositioned with a new name and visual identity in preparation of the move from its old Camden home. The name change is meant to reflect “a major shift in [its] ambition and offer”, according to the centre’s director Lindsey Glen. 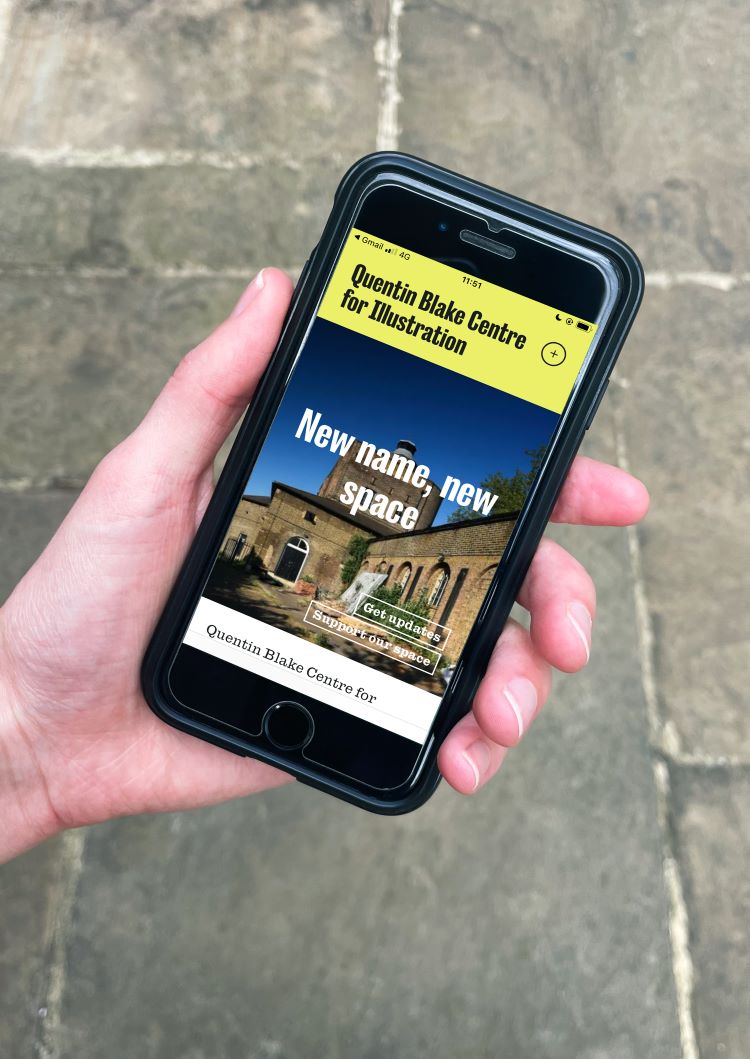 The new building is located within the historic New River Head new site will house Blake’s 40,000+ work archive, and offer a permanent gallery to exhibit his work.

Studio founder Fraser Muggeridge explains how two typefaces are used across the identity. Caslin Doric Condensed and Antique No. 6 were inspired by the centre’s new building. Built in the early 19th century, the building used to be a pumphouse and Muggeridge thought it would be appropriate to “use a typeface that comes from that same kind of era and location.” Caslin Doric Bold Condensed also features on the centre’s new wordmark. 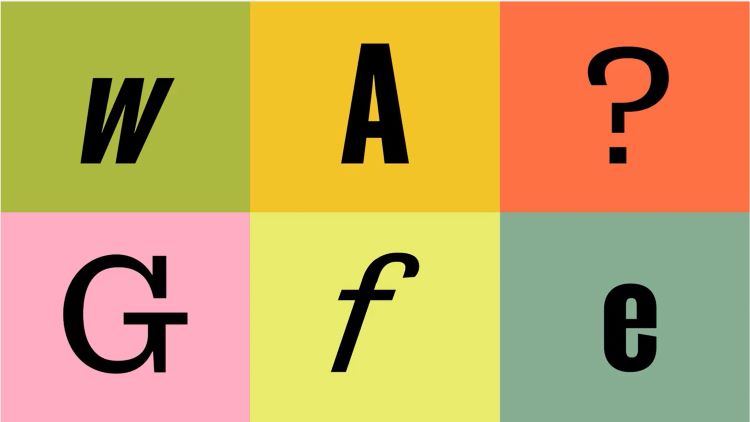 The studio worked with Commercial Type foundry, which specialises in commercial classics and the revival of 19th century typefaces. Muggeridge adds, “We didn’t want something that just looks old, we wanted something that was historically accurate.”

The chosen fonts are revitalised versions of typefaces originally created by the Caslon foundry, which was located on Chiswell Street – less than a mile away from where the new centre will be.

Muggeridge explains how the hand drawn logo is secondary to the original logo and not used on the website. Aiming to interpret different drawing styles, like marker pen, biro and graphite, these secondary logos are meant to “allude to the materials that illustrators use”, he says.

Decisions around the colour palette were carefully considered, according to Muggeridge, as the centre wanted to avoid the “plain white backgrounds” often used in galleries and on their websites. As well as considering what would work well physically and digitally, the studio also had to consider what would “work well with the illustrations”, he says.

Muggeridge adds, “People have such a loaded opinion on colour. It’s not the most important thing but it’s often the thing that people see first.” Quentin Blake Centre for Illustration’s new colour palette is “bold, colourful and versatile”, says Muggeridge, featuring a mix of green, pink, orange, yellow and blue.

The colour scheme of the website can be customised so that whoever uploads new content can choose the background colour. Muggeridge describes the difficulty in striking a balance between making something “fun and playful but not too fun and playful”.

“It’s a serious place but also a fun and creative place,” he says. The visual approach to the website aims to represent the tone of the organisation while remaining functional and accessible.

“You don’t want to have too much going on – some people just want to know straight away what time the place is open or where it is”, says Muggeridge. He adds that site design went through rigorous testing to ensure that it worked on mobiles, laptops, and also tailored the colour palette to be pleasant for colour blind users. 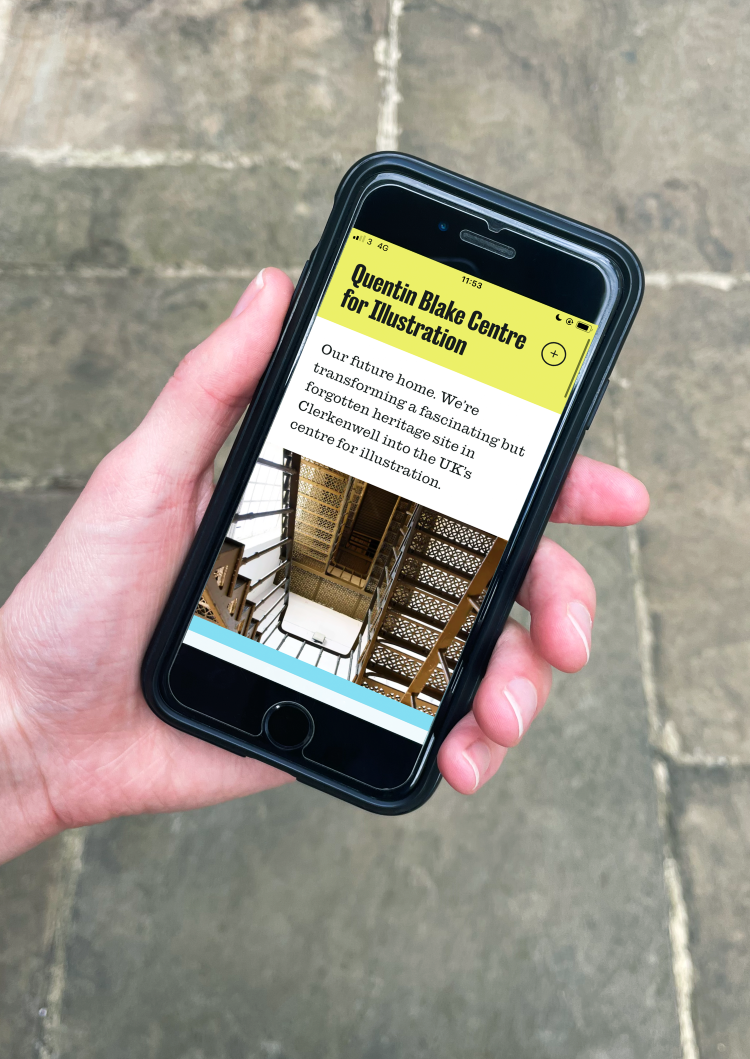 The new branding will roll out across the website and communications and, when the centre opens to visitors in 2024, it will be applied to wayfinding, signage, tickets, and social media.