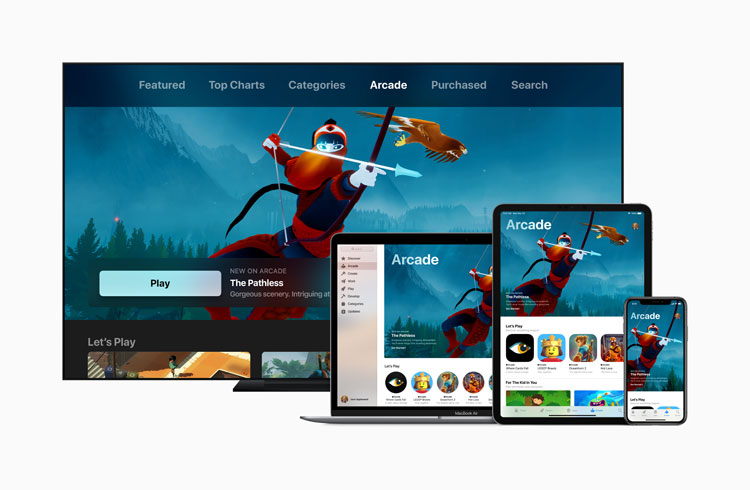 More than 100 new games will be available through Apple’s new gaming subscription service. With hordes of free games, which are often popularised through advertising and are available on Apple’s app store, it has been hard for paid games to compete, according to the company. The new Apple Arcade app, launching in Autumn, aims to simplify access to paid games with one “all-you-can-play” subscription to a selection of ad-free games that will not require any additional purchases. The app will feature “handpicked” titles from developers including Sega, Ustwo Games and Konami. Apple is also working with a range of game-makers to create original content for the platform, including Hironobu Sakaguchi, creator of science fiction game series Final Fantasy, and Will Wright, creator of simulation game The Sims, among others. The announcement comes as competitor Google revealed its own foray into the gaming sphere with the release of its streaming platform, Stadia. Subscription prices for Apple Arcade have not yet been revealed. 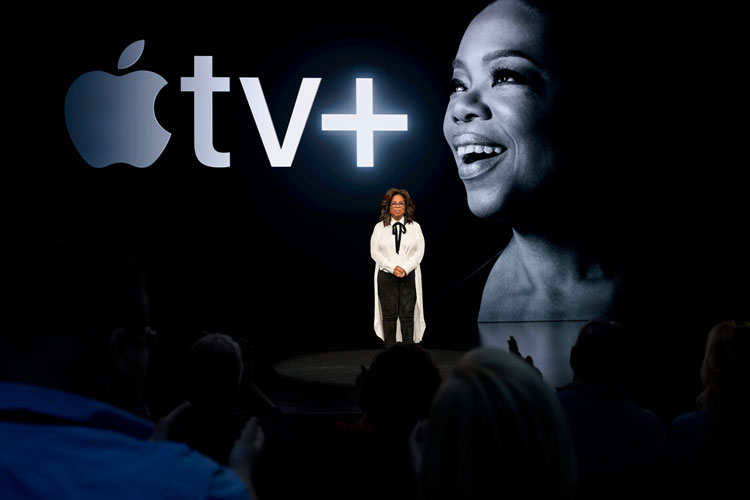 Following in the footsteps of rival tech giants Netflix and Amazon, Apple has revealed plans to launch its own streaming service and create original content including TV shows and films across all genres. The company unveiled the project, titled Apple TV Plus, at a launch event in California this week, which saw Jennifer Aniston, Steven Spielberg and Oprah Winfrey among other famous faces take to the stage to confirm they will be involved in new shows for the service. Set to launch in Autumn, it will be available through the Apple TV app, which the company revealed will also be getting an upgrade.

The current version of the app aggregates content from other channels like a digital TV guide but takes users to outside apps such as BBC iPlayer to watch shows. The new version, available in May, will let users stream selected shows from within the app itself. The app, which works with a range of Apple devices including iPhones and Apple TV boxes, will soon be available on devices including Samsung’s smart TVs and Amazon’s Fire TV Stick media player, which can be plugged into a TV like a USB. 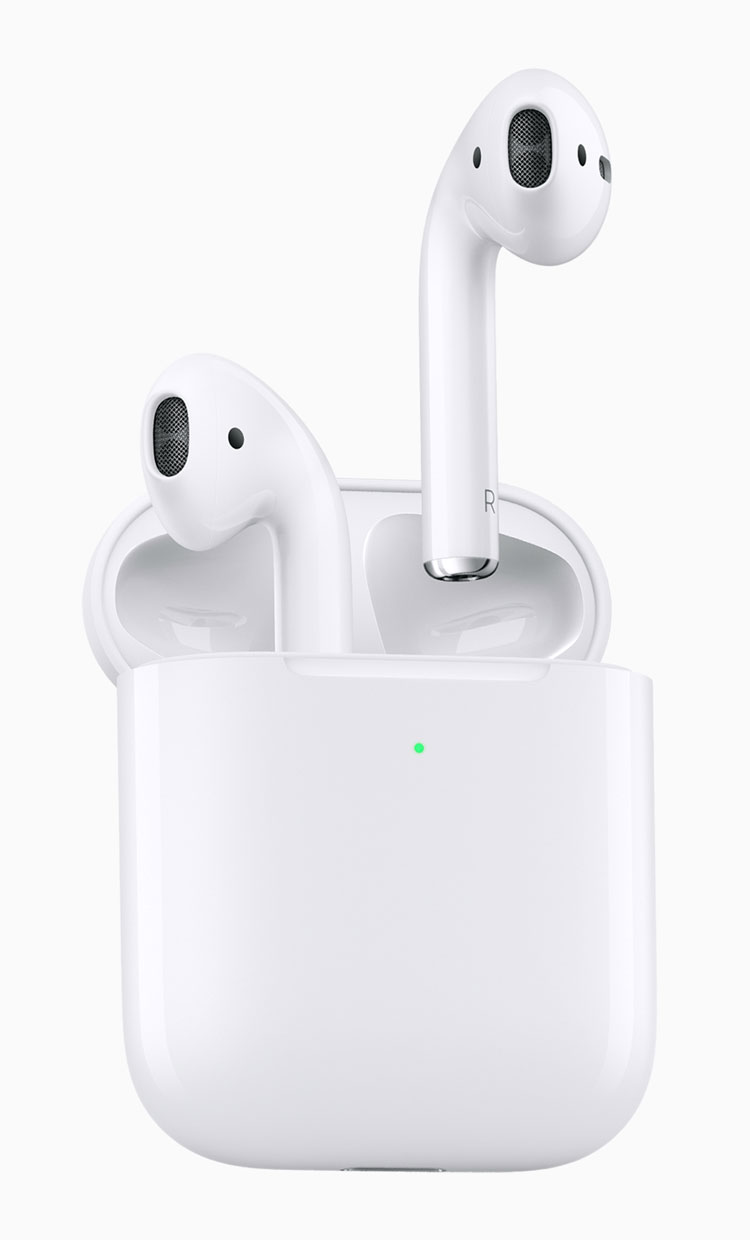 A new version of Apple’s wireless earphones was released last week ahead of the official launch event in California, boasting a range of upgrades. The product, which is powered by an Apple-designed H1 chip, offers a better battery life than the previous version with 50% more talk time and faster Bluetooth connection speeds when switching between linked Apple devices such as iPhones and Apple Watches. The new earbuds offer hands-free compatibility with Apple’s artificial intelligence (AI) voice assistant Siri, allowing users to ask it to perform actions such as making a call or changing songs, by saying “Hey Siri”. The earbuds come with a wireless charging case, which can hold up to 24 hours of additional charge time within it, with a light on its front to show charge status. The wireless case can be charged by being placed on a compatible charging mat. The earbuds can also be charged inside a standard Apple charging case, which can be connected to a socket using a connector cable. 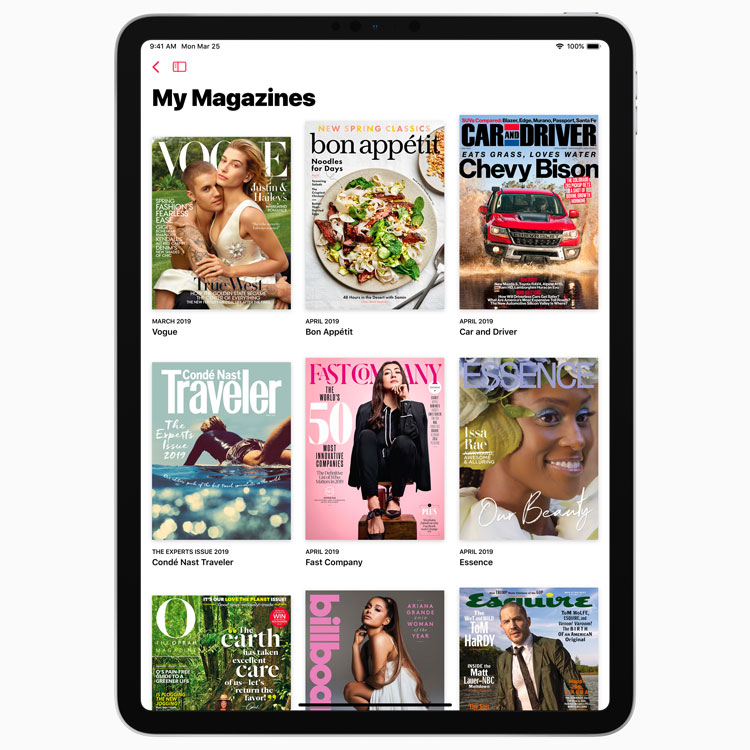 Apple has unveiled a new subscription service for news, which offers content from more than 300 magazines, newspapers and other publications. Following on from its existing news app providing free access to a range of titles in a newsstand layout, the new offering will unlock more premium content, some of which is usually found behind paywalls. The Wall Street Journal, National Geographic Magazine and Elle are among confirmed titles as the app launches in the US for $9.99 (£7.56) a month and in Canada for $12.99 (£7.34) a month. It will launch in the UK later this year, but it is not yet known if further titles will be added when the service reaches British shores. Subscribers will have access to current and past issues of publications and will receive personalised recommendations for both individual articles and whole magazines. Apple says the app will boast “richly designed layouts featuring animated covers, vivid photography and bold typography”. 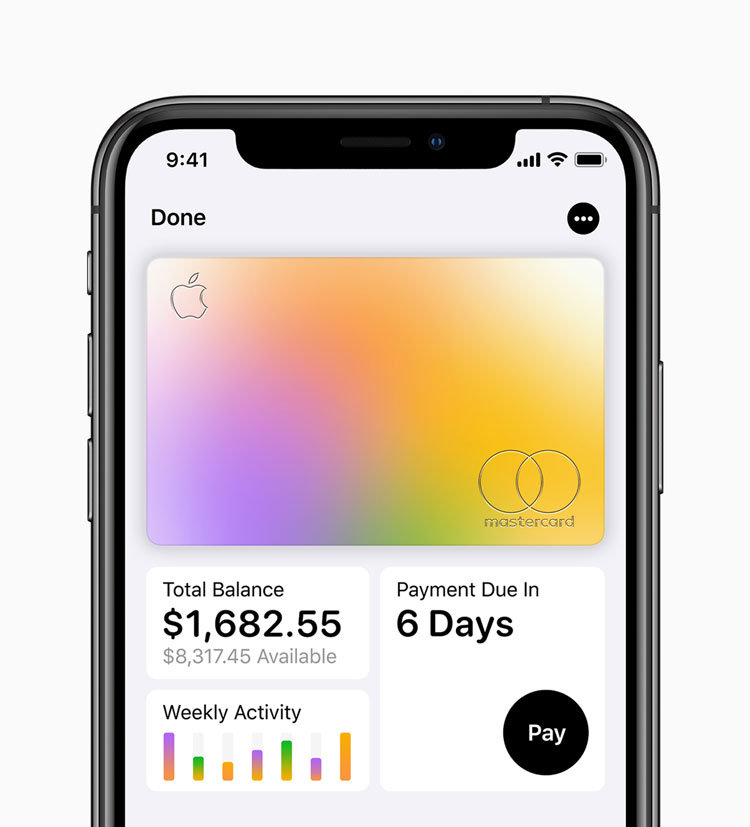 Apple has unveiled a credit card, set to launch this summer. It follows on from the company’s existing Apple Pay service, which lets customers make contactless payments using a card registered to an Apple smartphone. The new Apple Card takes the form of both a digital card stored inside the Apple Wallet app, as well as a physical, titanium credit card designed by Apple and powered by Mastercard, which has no numbers printed on it as a security measure.

The new card will also have an accompanying app, which will have features such as the ability to pinpoint where a payment has been made on a digital map, and will group transactions into categories such as food and entertainment. The card has no fees, including those for late re-payments, according to the company. It will also reward customers with a percentage of their money back each time a transaction is carried out using the card. This will either be credited to the user’s statement balance or returned as digital “cash” to an Apple Pay Cash card, which also resides in the Apple Wallet app, and can be used to make purchases. This is currently a feature for US users, and details are not yet known about how this will work for UK customers. Created in partnership with Goldman Sachs bank, Apple says the new card “represents all the things Apple stands for” including “simplicity, transparency and privacy”. The card will be available in the US this summer, but it is not yet known when it will be available in the UK.