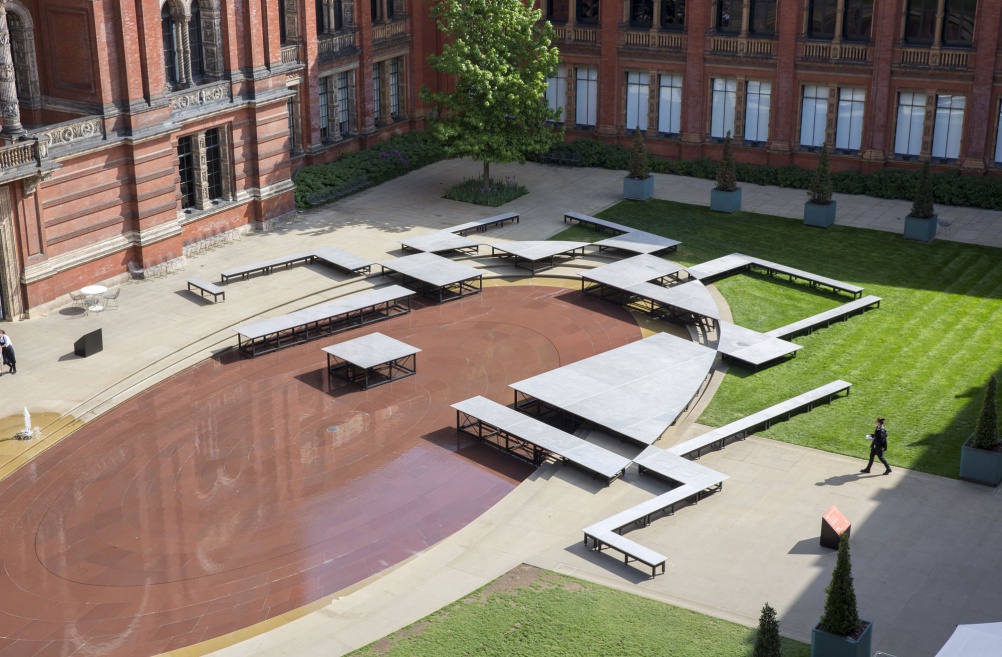 While the London Design Festival doesn’t start until September, the first of its installations is already on site at the Victoria and Albert Museum’s John Madejski garden.

You Know You Cannot See Yourself So Well As By Reflection has been designed by Mexican architect Frida Escobedo and has been inspired by Tenochtitlán, an Aztec city that was built on a lake but it also shares the grid-like structure of Mexico City according to Escobedo.

The piece comprises a series of low platform reflective walkways, some of which are disconnected and so it encourages people to jump from one to the next.

Escobedo says: “The museum was concerned about the safety of children running around so it’s not quite as reflective as we wanted, but we’ve already seen children and parents jumping and it feels like a really nice public space.” 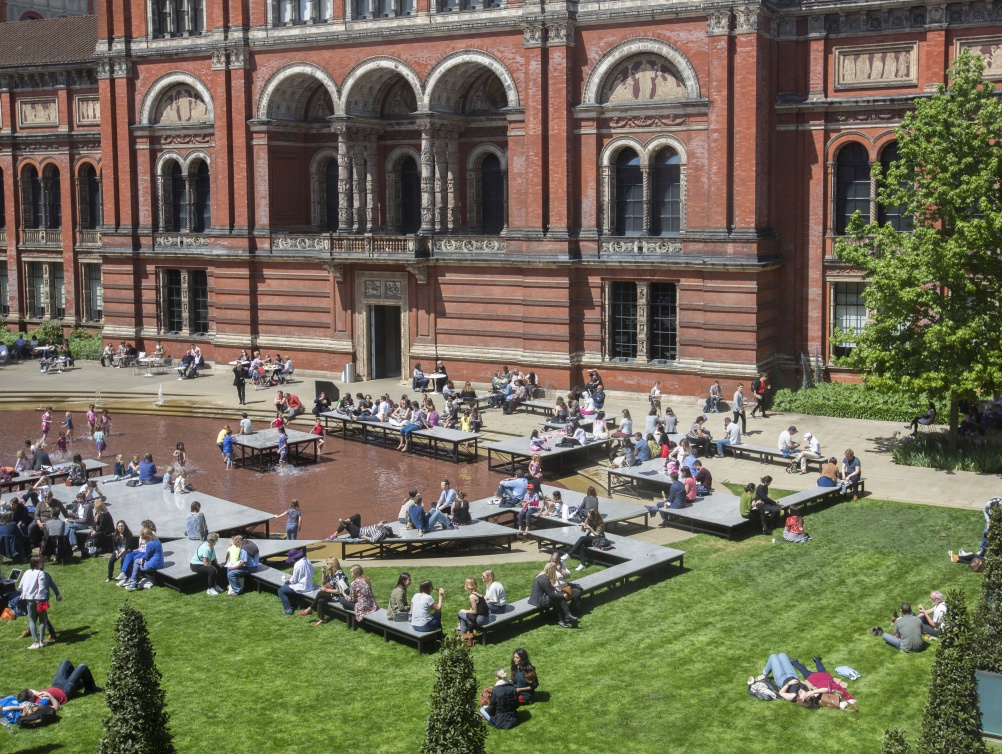 Escobedo says the piece, which has been supported by the Government of Mexico, comments on both Mexican and British identity and that she has developed this idea by thinking about the work of two literary greats – Octavio Paz and William Shakespeare.

“Paz wrote extensively about otherness and identity, and Shakespeare once wrote ‘God has given you one face and you make yourself another’ so the installation is about constructing an identity. Identity is considered innate but it is also changeable. It also helps us to think about the temporary appropriation of the space,” says Escabedo.

“The piece has a lot to do with theatrical experiences,” she adds. It is completely modular so will be reconstructed in new ways to host different performances and events in the coming months.

The structure has been designed to be as light and as invisible as possible and Escobedo says: “On one side of the pool you can’t see any reflection – it vanishes – and the changes in sunlight will also have this effect elsewhere,” she says. 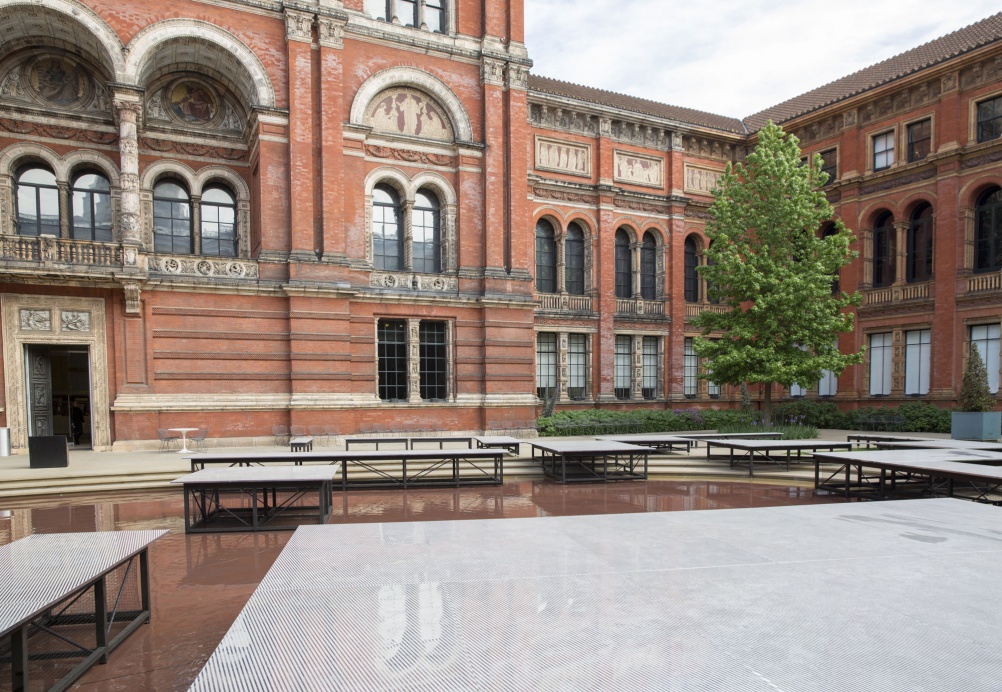 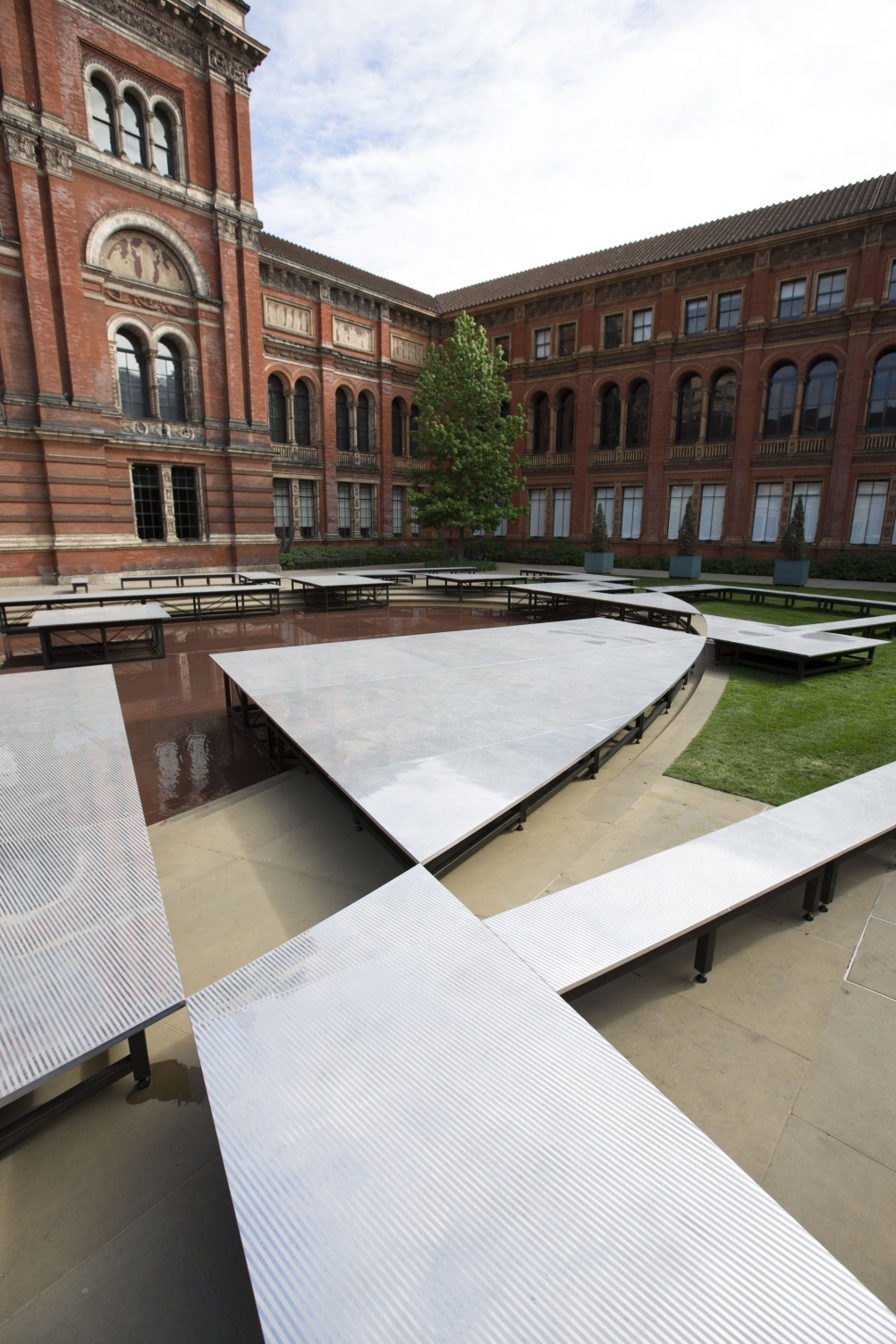 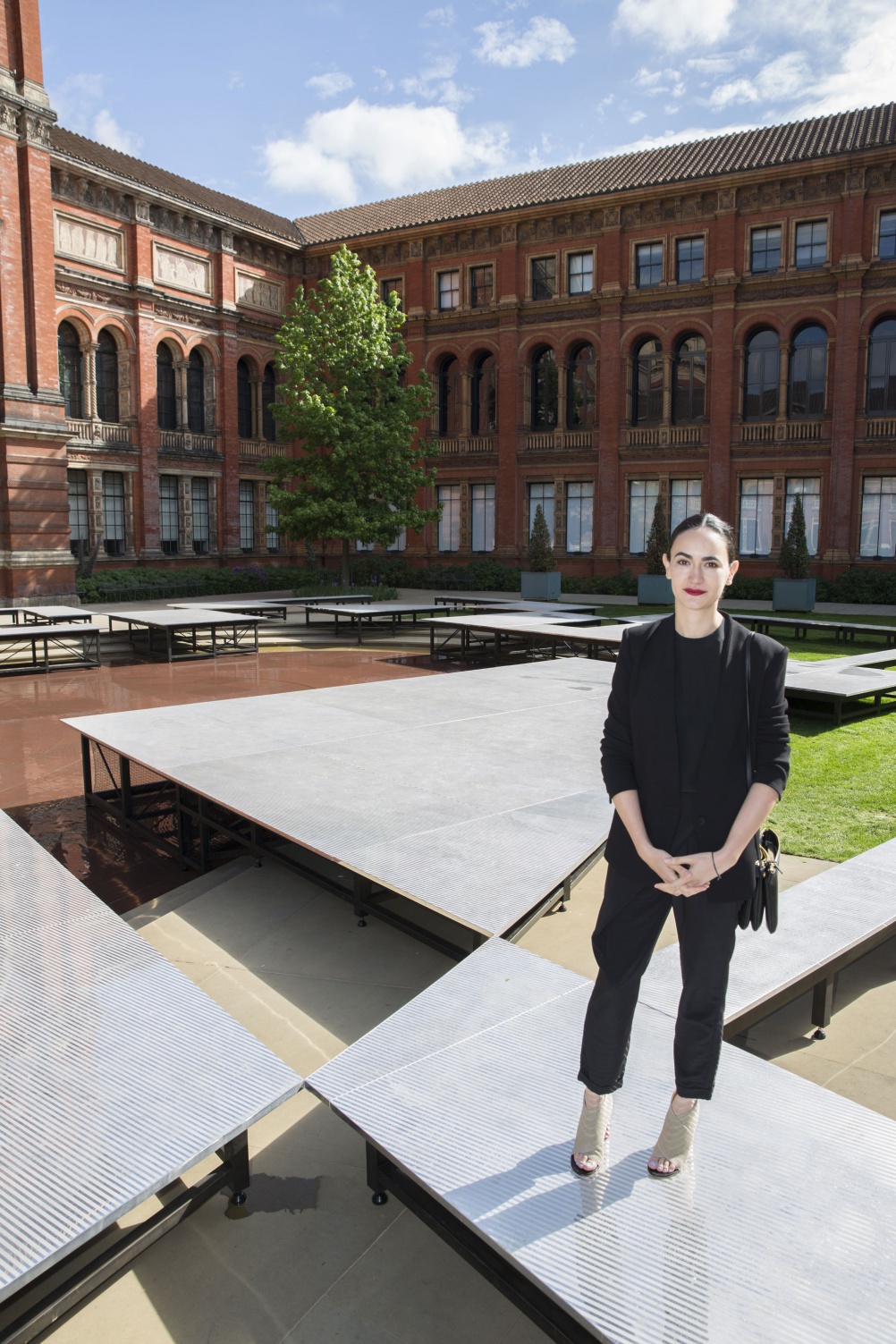 You Know You Cannot See Yourself So Well As By Reflection is open until 2 October.