Animated guides explaining the various steps of the asylum process in the UK have been created by London-based design studio Templo.

The videos, which have been designed on behalf of national charity Migrant Help, aim to “enhance” asylum seekers’ knowledge of the process they find themselves in, using “clear, simple and empowering information” alongside bright and bold colours and animation. They are accompanied by a suite of printed materials intended to further support the information. 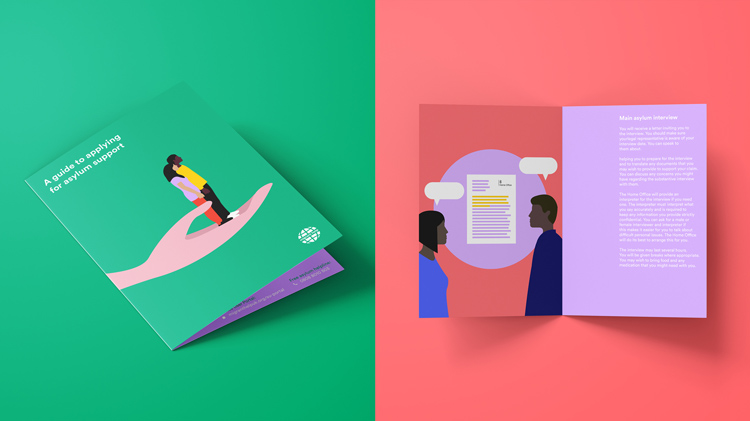 “Adaptive and responsive” to the last 12 months

Migrant Help and the Templo team were initially introduced through their mutual involvement at Refugee Week at the V&A Museum.

Templo founder and creative director Pali Palavathanan tells Design Week the initial brief for this project was to create a series of animations to explain various aspects of the asylum journey. This was given to the team just over a year ago, and the subsequent events of the past 12 months have necessarily impacted the final result.

“During that time, we have gone through a general election, Brexit, and now the COVID-19 pandemic,” he says. “This has meant we’ve had to ensure the design approach is adaptive and responsive.”

Changes to policies, process and key details of the asylum process needed to be taken on board, Palavathanan explains, giving the example of the weekly allowance for essential living items, which has been a hotly debated topic throughout the year.

Breaking the stigma of asylum seekers

The final product then, is designed to “enhance” asylum seekers’ knowledge of what they are entitled to, and what the application process involves. Work like this is usually plagued with “dehumanised and patronising” language and visuals, according to Palavathanan.

To counter this, the team employed a “new vibrant style” for the animations. These bright colours also serve the dual purpose of making the information (such as asylum seekers’ right to an interpreter or free childcare during interviews), which is traditionally dry and complex, more digestible.

And to further go against similar projects in this field, Palavathanan says Templo included “a series of multi-ethnic characters” in a bid to break the stigma of what an asylum seeker looks like and where they come from.

One of the challenges of the project, Palavathanan says, was bearing in mind the relationship that Migrant Help has with the Home Office. The organization is government funded, which meant that all details in the animations needed to be highly accurate and the tone of voice just right.

He gives the example of the accommodation depicted on screen, which needed to be depicted “realistically”. “Doors to dispersal housing needed to look basic and not too expensive looking,” he says.

Meanwhile the “Positive Move On” video – which depicts the support on offer when an asylum seeker has been given leave to remain – “couldn’t be too celebratory”, Palavathanan says, as the reality of the situation means there is still a lot to be done on the part of the asylum seeker, like applying for a National Insurance number, searching for jobs and finding accommodation. 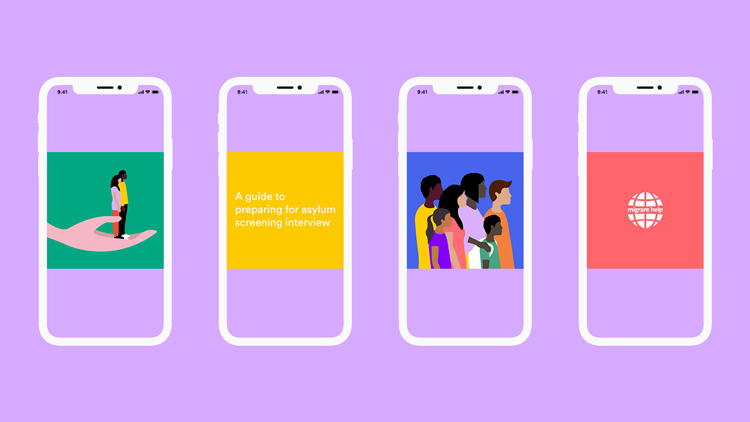 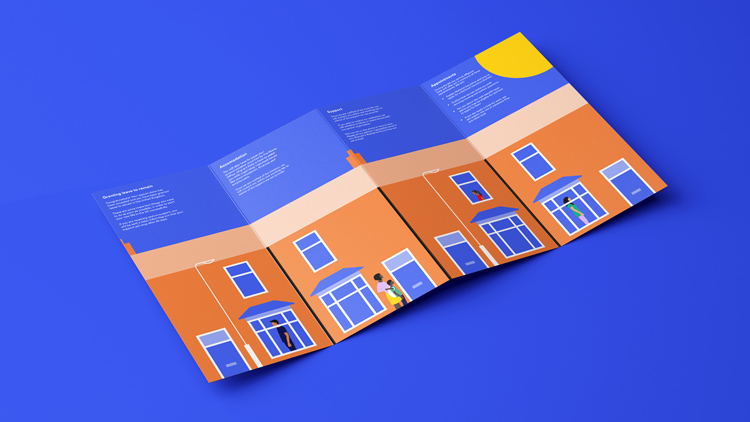