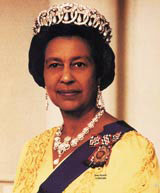 Tibor Kalman’s influential editorship of Benetton’s controversial magazine, Colors, lasted a mere 13 issues, but heralded a period of unprecedented editorial design, which continues in magazines around the world.

Colors gave the Budapest-born founder of New York consultancy M&Co the opportunity to express all aspects of his maverick personality: his irreverent wit, his radical philosophical perspective and political social activism, his contrary approach to writing and design, and his desire to ‘turn things upside down to see if they look any better’.

Kalman’s contribution to Colors was of profound importance not only to the world of design and publishing, but also in helping a corporation wield its market power to raise people’s consciousness. Indeed, the licence for Benetton to adopt its politically active stance in advertising was arguably granted by Kalman’s approach to imagery with Colors covers.

The alliance between Kalman and Colors editorial director Oliviero Toscani was anything but traditional. It was an incendiary marriage of two characters who generally found it impossible to communicate at any level that didn’t involve at least ten decibels and major degree of angst.

Yet it was precisely this animated, volatile collaboration that made it possible to stretch the boundaries of consumer magazine publishing. Calling on a limitless network of editors, writers, researchers, collaborators, stock houses and image-makers, Colors was the first magazine of its kind to explore a single subject in depth. It demanded people look at the world in a different way through an innovative visual and editorial approach.

Based on the assumption that the Colors audience had neither the time nor the inclination to read at length, Kalman worked with Toscani to develop an image-led publication. Alongside editorial nuggets, an extraordinary selection of images was deployed to make controversial political and social statements resonate with readers. The magazine’s public may have approached it passively, but was encouraged to respond in an activist vein.

Kalman used a different art director for e e every issue. This was considered a maverick approach at a time when rules dictated that a magazine’s format should remain the same. By contrast, Colors’ format was constantly changing – a typically Kalmanistic, subversive approach that turned readers into collectors.

The opportunity to push the world of magazine publishing to its absolute limits were endless, of course, given the enormity of the budgets available at the time. Without this concern for cost, it enabled Kalman and his family to uproot to Rome, close down M&Co and concentrate fully on the project at hand: changing the world by talking to its youth about subjects that mattered.

Kalman was fascinated by anything that affected the way people live, producing an endless seam of subjects for Colors that Benetton still mines today. However, while the overall objectives and tone of the magazine remain, it has evolved to respond to an audience that now clearly wants to read.

Furthermore, today’s budgetary controls are very different, which is not only a sign of the times, but also relevant to such a publication. After all, with hindsight, there seems to be a contradiction between the social standpoint of the magazine and the decadence that enabled its explosive birth. Ironically, without these early budgets, it would have been impossible to entice the likes of Kalman and Toscani and thus raise awareness in such a powerful manner.

A honed management approach now exists at Colors with an international design, writing and research team supported by a commissioned photographer and writer who, in conjunction with the editors, develop a single issue in its entirety. This team effort not only makes more financial sense, but also ensures the text, images and subject matter of each publication are seamless, retaining yet extending Kalman’s philosophy and vernacular.

Fernando GutiÃ©rrez is a partner at Pentagram. He worked with Tibor Kalman on Colors issue 13

The format of Colors: the Tibor Kalman Years, issues 1-13 successfully illustrates the core thinking behind the magazine itself.

The book’s front section features highlights from the first 12 issues, with careful editing of imagery to demonstrate the range of issues, design and writing approaches to the magazine. It also incorporates some of the intellectually-intense ‘soundbites’ that will immediately resonate with anyone who ever encountered Kalman.

The reversed back section is a facsimile of the infamous pictorial 13th issue ‘without words’, a precious commemoration of a publication that has been unavailable almost since the day it was printed, so huge was the demand.

However, the most fascinating area of the book is the central section, where the Kalman mind and passions are exposed in the form of notes, sketches, lists, doodles, cuttings and snapshots.

These are supported by witty observations from both Kalman and his wife, Maira, that reveal ideas in progress and warmly describe his approach to life.

This central exposÃ© shows not only the thinking behind Colors, but also the biographical details that enable a broader understanding of Kalman’s character and motivation. These details are so complex, humorous and intriguing as to almost warrant a publication in their own right. This section alone validates the book’s cover price.

The front cover is its least impressive aspect. Kalman would have dismissed its overly traditional format with an abrupt snarl and a dismissive wave of the hand. It completely lacks the drama, intensity and zeitgeist of the magazine and features all 13 magazine covers in an orderly fashion at a ridiculously small size.

Furthermore, the type hierarchy is inappropriate in terms of providing the reader with a compelling reason to purchase. This is a book about Kalman, as expressed through his years at Colors. Yet the cover emphasises too much the masthead of the magazine, while Kalman’s name is reduced to a tertiary role in the layout.

Kalman-loving booksellers are likely to promote this publication with the back cover – the facsimile of issue 13 – on full display. It’s a far better representation of the essence of this peerless individual. Nevertheless, the book as a whole remains a valuable record of an extraordinary era and a unique man, edited with tremendous and indisputable care by the person who knew him better than all of us. m

Colors: the Tibor Kalman years, issues 1-13 is edited by author and illustrator Maira Kalman and Bespoke Books principal Ruth Peltason. The book is an M&Co/ Bespoke Book publication and was designed by Judith Hudson. Publisher Thames & Hudson will be release the book on 27 May, priced £18.75.