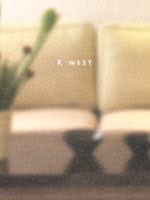 The idea behind the hotel is to bring a slice of New York’s SoHo to west London, according to the hotel’s owner, The Lancaster Landmark Hotel Company, which wants it to be hip, high profile, sophisticated and stylish.

Portfolio has designed every part of the interior, including lighting, flooring and ‘every single stick of furniture’, says creative director Naomi Pierce. Its fee is understood to be over £500 000.

The first stage of the launch in two weeks’ time will include bedrooms and a suite. Stage two will see the opening of the K Lounge to residents in December and to the general public next spring. The final phase will involve the creation of a spa and a restaurant, East @ West, which will be completed next summer.

Pierce describes the design brief as to create a very upmarket, high profile design. ‘We wanted to create an environment that reflects the clientele and how they see themselves. It is very upmarket, but not in the traditional sense: it is not exclusive or unapproachable,’ she comments.

Branding and graphics for K West have been created by Amadeo.

Kemistry designs all Night and Day