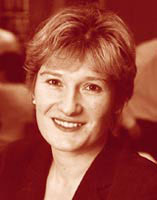 There’s a lot for design consultancies to be happy about in Willott Kingson Smith’s latest eagerly-awaited report. Then again, things could certainly be better.

The Financial Performance of Marketing Services Companies 2001 sheds some interesting light on how the design sector has fared generally relative to previous years, if not specifically over the past few months.

For those who aren’t familiar with the report, it also sets some very useful benchmarks, which are used to compare not only how consultancies rate individually and against each other, but also how the sector (which is represented by the 30 groups that have the highest gross income) compares to the other UK marketing services disciplines.

On the positive side, the pre-tax profits of the 30 groups increased by 36 per cent to £29.4m, while gross profits went up by 27 per cent and turnover up by 19 per cent (though there are nine new entrants this year).

However, ten groups reported a decrease in pre-tax profits during 2000, including Fitch, 20/20, Pentagram, Tayburn, and BrownKSDP.

Siegelgale and Basten Greenhill Andrews were singled out for their ‘astonishing pre-tax profits’ of 3638 per cent and 2994 per cent respectively, which are attributed to ‘improved trading and performance’. Other major improvements in 2000 included Citigate Lloyd Northover (operating profits increased by 551 per cent) and Pauffley (317 per cent).

WKS suggests that measuring profit as a percentage of gross income can give the most effective measure. It says that a ‘reasonable benchmark’ is between 15 and 20 per cent. The leading groups have improved their collective performance marginally from 14.6 per cent to 15.4 per cent, which is a small, but positive result.

However, mixed profit results are occurring ever more frequently in the design sector, and this fact leads WKS to note that ‘one of the most significant trends is the year-on-year variability of design houses’ operating profits. This year 25 of the companies in the survey reported swings of more than 20 per cent.’

WKS partner Amanda Merron puts this down to being the first signs of the current slowdown.

‘It says volatility to me. It shows that design groups are more vulnerable in recessionary times, but they come out first too,’ she says.

The major bugbear continually pinpointed by WKS over recent years has been that employee costs have risen faster than feeincome. This mismatch is unsustainable in the long run (ie 200 per cent).

For a long time now, its figures have borne out the unsustainability of rising salaries, which have gone up faster than fee-income earned by design groups. WKS’ target is that gross income should be double your employee costs.

For the period covered in these annual results, the overall proportion improved, from 159 per cent to 164 per cent. This is on the right overall track, but must still be improved, the report stresses.

Merron is positive about the improvement, but says it could be better. ‘Back in the mid-1980s it was about 195 per cent, so designers can do it,’ she says.

The signs of slowdown may also be in evidence due to the fact that ‘half the companies surveyed reported a decline in this ratio’, and that ‘in 20 of the 30 consultancies sampled, the ratio varied by more than 20 per cent compared to the previous year’, says the report.

Productivity also improved for the 30 groups surveyed. Gross income per head increased by about 2.5 per cent in real terms, over the 12-month period, according to the report.

In terms of cash management, eight of the groups were overdrawn at the end of the year, and overall cash balances fell from £15m to £1.5m. On the other hand, long term debt has fallen by 25 per cent and net current assets rose by 42 per cent, the study says.

On the whole, the figures perhaps highlight the recent boom of months gone by rather than more recent trends. WKS is not helped in this respect by the fact that not all results filed are for 2000.

But, unfortunately, the problem with data analysis is that it can only inspect the past and as we have all seen recently, the past is not always a good indicator of what is to come. With the future on everyone’s minds more than ever before, what we could probably do with is next year’s report, early.