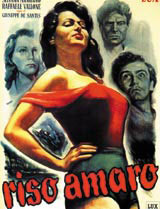 Until 24 January 2004 Italy’s contribution to 20th century cinema is illustrated through Cinema Italia: Classic Italian Film Posters, which is being staged by the Estorick Collection of Modern Italian Art in collaboration with the British Film Institute.

Somewhere Totally Else – The European Design Show is the first in a series of biennial exhibitions featuring design projects of the past two years. Visitors can express their views by voting for what they consider to be the best – and the worst – designs in the exhibition, which runs from 27 September until 4 January.