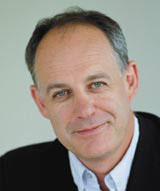 If Marks & Spencer’s Home executive director Vittorio Radice has his own way, the way we shop for our homes will change forever with the opening this month of the first M&S Lifestore in Gateshead, Newcastle-upon-Tyne. Unsurprisingly, his high-profile appointments to the Lifestore project have set press tongues wagging way before even a single brick was laid. With minimalist doyen John Pawson as the architect, Elle Decoration founder Ilse Crawford as head of in-store visual merchandising, Tyler BrÃ»lÃ©’s Winkreative behind the store literature and Michael Nash taking care of the identity, this is a dream team from which one would expect nothing short of excellence.

M&S’s homewares department currently accounts for a mere 2 per cent of the total UK market. Compared to clothing’s 11.2 per cent market share, there is definitely room for improvement. However, pre-Christmas financial reports see the company still struggling, especially on the clothing sales front – news that will inevitably fuel Radice’s resolve to make the Lifestore project work.

Enthusiastically determined, Italian-born Radice really found his vocation on the British high street. Appointed as buying director at Habitat in 1990, he was then promoted to managing director and subsequently poached by Selfridges as managing director in 1996, graduating to chief executive two years later. His policy of turning retail into a theatrical experience wooed shoppers and, unsurprisingly, Radice’s success brought flattering imitation by other stores. He masterminded Selfridges’ expansion first to Manchester and then to Birmingham, with a landmark Future Systems building that turned the brand into a shopping destination. Away from the spotlight, he continued his mission of design patronage by appointing the mercurial Peter Saville to work with the in-house design team and North Design to devise a signage system.

It wasn’t long before M&S came knocking at his door. The company wanted Radice to improve the way homeware was sold in the company’s 350 existing stores nationwide – those dedicated to ‘impulse buying’, where purchase generally consists of a couple of shopping bags at the most. Most importantly, the chain asked Radice to open new, special stores exclusively dedicated to the expanding home furnishing business.

Radice’s stroke of genius was to rethink the way merchandise is displayed. ‘Everywhere around the world, home furnishing stores are arranged with an industry mind,’ he says. Instead of a textile or light department, Radice came up with the idea of ‘selling by concepts, which is very different from categories’. Zones such as Celebrate, Rest, Organise and Renew propose a mood for which you can purchase the necessary furnishings. ‘It’s not that we are doing anything new,’ says Radice. ‘Indeed, many boutiques operate in the same way. But the way the product is laid out and sold, the placement of a gigantic house in the middle of the store, all this creates atmospheric stories which will favour the curiosity of the customer.’

As BrÃ»lÃ©, Winkreative creative director says, ‘The worlds that Vittorio has engineered are about dressing the way we live during different times of day. It’s not about prescribing style, it’s about eclecticism, mixing together product. Lifestore has many uses, you can go there to refit the sitting room, for a complete new look, or just for topping up your home with new items.’

Winkreative was responsible for all the printed matter for the stores and the press, including a design directory and a magazine. ‘The style reflects the brief to be quite eclectic, with convincing photographs people could identify with,’ says BrÃ»lÃ©. ‘Some of it was studio settings, while sometimes we used models in the directories, a first for M&S.’ The Winkreative team spent a lot of time consulting the M&S archives. ‘[We looked at] how challenging and modern they were in the 1960s in fashion and food. Our aim was to give the company some of that back,’ BrÃ»lÃ© says.

He believes that, so far, the UK has lagged behind in the housewares department. ‘There isn’t anything that can stand up to Room in Scandinavia or Pottery Barn in the US,’ he says. ‘M&S is a home-grown, solid brand with a lot of experience, something that is much needed on the high street. There is Ikea doing the low- cost thing, Habitat being a bit too directional,so there is a real opportunity to capture a wideraudience.’ The recent arrival of Zara Home, the furnishing arm of the low-cost Spanish clothes retailer might be a competitor worth noting, but ultimately, the quality of the product will be the decisive factor.

Crawford believes the M&S Lifestore project can count on a successful mix of ingredients. ‘What’s interesting about M&S is that it stands for lots of good things: good quality, decent price, ethically sound sourcing, and it is great to work with. How many other companies can boast the association of modern architecture, decent values and good quality product?’ she asks. Crawford’s StudioIlse was called in by Radice to work with the product division to ‘tell stories with merchandise that sit well with the architecture and make it an enjoyable place to be’. A consultant to the likes of Donna Karan, Nike, Soho House and Swarovski, Crawford’s belief that Modernism can be employed to improve human life is at the core of her aesthetic sense. ‘Contemporary furniture should be an enjoyable experience, and not set on a pedestal.’

The Lifestore collection is sourced from all over the world and has grown from 5000 to 12 000 items. Since Radice and his team had to work with many existing lines, it will take time, he says, before M&S’s fresh image is truly conveyed. ‘It’s vital the base is established and the range’s essence is raised,’ he adds. Presently, the team is ensuring the Gateshead store works, as well as the existing home furnishing stores. Then the focus will switch to Kingston-upon-Thames, an existing store due to re-open in 2004 as a trial concept of the homeware offer available in city centres, and Lakeside Thurrock, another Lifestore concept engineered by Pawson and due for completion in 2005.

For the future, Radice envisages that ‘in the same way we worked with Pawson and Crawford, we could call in high profile names to design furniture for us’. This is, in many ways, what Radice’s vision is all about. ‘Today people are aware of designers’ names, even for a lemon squeezer,’ he says. ‘Customers recognise the talent used and can see the difference. I wish people would put more effort [in employing design talent]. Why not trust the experts and do it beautifully?’

Michael Nash designed the branding and signage of Lifestore. ‘It gives clarity to the whole package,’ says Radice. For the Marks & Spencer logo, Michael Nash created a suite of fonts derived from previous M&S type, which were then worked on by foundry Monotype and turned into three different weights.

The logo is applied as conventional signage to the front of the store, illuminated by indirect light. Both paper and plastic bags carry the repeat logo in black and white, avoiding any reference to the M&S stable dark green.

Rather than traditional corporate signage, Michael Nash devised a series of zone identifiers that would give a flavour, rather than focus on the department store’s sections. ‘Each identifier is an image, something seasonal that might change after six months. They are all individual to the zone and have no link between them,’ says Anthony Michael, founder of Michael Nash. For the Alfresco zone, there is a painting of Dejeuner sur l’erbe by Edouard Manet, printed on a 2.5m2 screen, while for the Organize area there is a bold graphic pattern.

Wayfinding is solved via standalone totems bolted to the floor, with graphics applied via magnetic strips.

While most product packaging was designed by the in-house team, Multistorey was called in to create packaging for the Organise zone, devoted to storage, laundry and utility items.

‘We approached the design in a utilitarian way, keeping it simple and bold to create maximum in-store impact and ease of use. Much of the merchandise is quite mundane – shelving, bins, hanging storage – so to give the zone a real personality we created a die-cut swing-tag for each product, in the shape of what the item should hold. For example, a CD-shaped swing-tag for CD storage, a shoe-shaped one for shoe racks, bottle-shaped for wine storage, and so on,’ says Harry Woodrow of Multistorey.

A large range of brightly-coloured polypropylene merchandising was used in a loosely colour-coded system, with the aim of bringing as much colour and fun into what would normally be a sober environment of the neutral metal, wood and plastic of the storage systems.

Designers can learn from risk-takers in couture