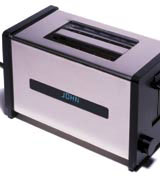 If you’ve come across Onkar Singh Kular before it’s probably through his Pantone tea mugs, each one of 128 in a different shade of brown, corresponding to the owner’s preferred strength of brew. Or you may know him from his Three is a Pair socks, which is self-explanatory, or his Perfect Picture Frame, which incorporates a spirit level so it hangs straight.

These ingenious creations are less first class pieces of design, more explorations of human behaviour and eccentricities. Singh Kular is fascinated with people’s quirks and has a finely tuned eye for humour, evidenced by his 90 per cent Plate for people watching their weight or his Before and After dinner belt. His work is peculiarly British – imagine photographer Martin Parr in 3D, without so much colour.

‘[They are] not serious products, but encourage reflection,’ he says over – what else? – tea.

The mugs, socks, frames and other pieces were the basis of Machines for Living, Singh Kular’s Royal College of Art graduation show 18 months ago. Since then, the mugs have done some serious travelling – they’ve been to Milan, Tokyo, Stockholm and Eindhoven courtesy of the Droog Design Collective, which now includes them in its permanent collection. They were shortlisted for the Oxo Peugeot Design Awards last year and have just returned to London as part of the Design Museum’s Something Totally Else show. They’re off to Frankfurt next as part of a Droog retrospective.

Singh Kular is clearly proud of his past creations, but he is obsessed with something else at the moment – television. ‘The TV is the epicentre of most people’s living rooms, yet it’s just images beamed in. I’m particularly interested in advertising and soap operas, and people’s one-sided relationships with the characters,’ he says.

He’s currently looking for funding for a project to study people’s relationships with their sets, called TV Times, and is currently trying to enlist the help of people living nearby in a housing block to document their viewing habits for him. The results will feed into designs for a series of objects and services for a TV generation, he says, though he is clearly reluctant to give too much away too early.

His love affair with TV started with Truth TV, a six-minute video project he completed while at the RCA. He created fictional channels, including a shopping channel that sold his Machines for Living.

Truth TV is similar to Machines for Living in its exploration of habits. Or, as Singh Kular puts it, work that’s ‘driven by human psychology’. ‘Some people find it strange that a designer should be dealing with these issues,’ he says. ‘Usually it’s industry that thinks in this way. But it’s an interesting space to work in.’

Singh Kular was born in Huddersfield 30 years ago and seemed destined for the family business. ‘I’m from an archetypal British Asian family, my parents own a corner shop in Barnsley. I was useless at school, so they gave me a choice: work with them or find something else.’ The decision, he says, was easy. He simply followed his brother’s footsteps, who was training as an architect.

Singh Kular studied furniture and product design at Kingston University, followed by two years as a junior designer at an architectural practice designing US theme parks. It wasn’t a happy time. He left to take up an MA place at the RCA in 2000 and loved it. The atmosphere was ‘conducive to exploration’, he says, singling out teachers Anthony Dunne and Durrell Bishop, founder of Dunne & Raby and designer at Ideo respectively, for particular praise.

The life-changing meeting with Droog founders Gijs Bakker and Renny Ramakers came during an exhibition of RCA graduates in The Netherlands. The duo spotted the Pantone mugs on Truth TV, realised they could stand alone and offered to produce them.

After graduation, he collaborated with two friends, James Auger and Jimmy Loizeau, on a short-term conceptual project in conjunction with Media Lab Europe in Dublin, the European research partner of Massachusetts Institute of Technology, which continued themes explored in Machines for Living. The trio created a series of radio stations. One had someone breathing rhythmically to counter car stress; another, Infinity FM, simply broadcast someone counting.

Singh Kular is happy based in London ‘where the industry is’, but returns periodically to Barnsley. ‘It’s great for people-watching,’ he says with the air of someone who’s left the North behind.

Aside from the TV project, he teaches once a week at alma mater Kingston and is in the throes of setting up a two-man consultancy with RCA peer Noam Toran. Toran is clearly a fellow deep thinker – he created a project entitled Objects for Lonely Men.

Singh Kular is also collaborating with Dunne & Raby on a project for the Science Museum on future domestic energies, set to open in June. ‘We’re looking at how people behave, and telling a sort of social fiction,’ he says. Sounds right up his street.

Double-decker buses get a makeover