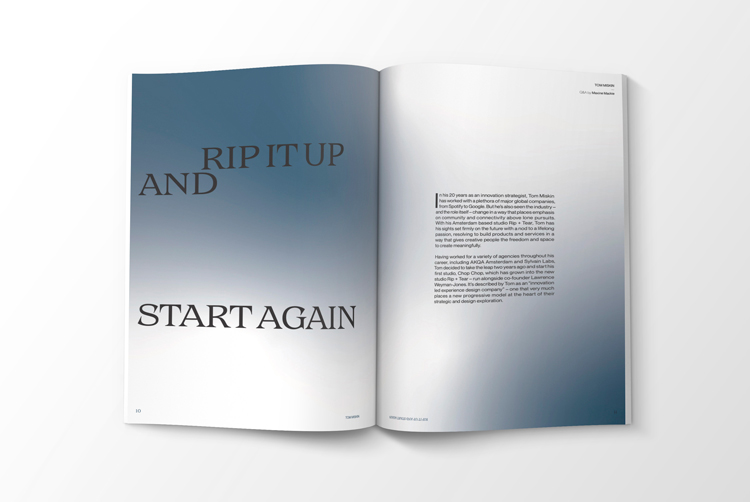 As its name suggests, newcomer magazine FLIP aims to “change the conversation” around design, strategy and innovation. Split into two distinct sections – and separated with a mid-way flip of the magazine – the first half of FLIP features “pioneering voices”, each discussing “how they do the right thing”. Voices include IBM’s Ash Minhas, photographer Natalia Poniatowskia and award-winning environment organisation Invisible Dust.

Boom Saloon underpins the content with an editorial design strategy not usually seen from a B2B magazine. Bold typography is used throughout for headlines and pull quotes. Meanwhile imagery often takes centre stage across double-page spreads. With a liberal use of blank space and experimental layouts, the end result is more reminiscent of an art zine than a standard industry magazine.

The Hundred – a 100-ball cricket tournament involving eight men’s and women’s teams from around the UK – is devised to make the game as exciting as possible. Shown on the BBC throughout July, London-based creative studio Coffee & TV was tasked with developing the tournament’s title sequences for the channel. The studio’s mission was to tap into the audiences and cultures of each of the team’s hometowns to create a “vivid sense of tribalism”.

The end result is a colourful “call to arms”, the studio says, which aims to communicate the “drama, intensity, skills and passion” of the format, while steering clear of cricket cliché.  Players from different regions are introduced on screen amid a collage of elements, including graphics in their team colours, images of home grounds and flying cricket balls throughout. 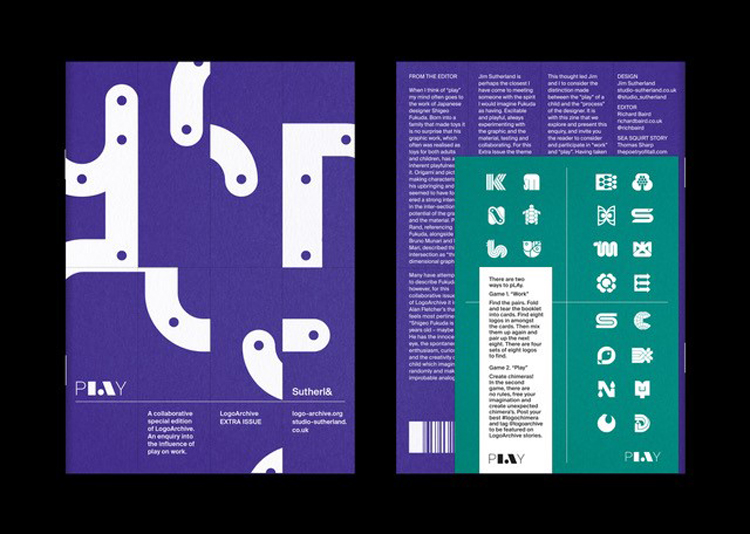 The latest issue of Richard Baird’s LogoArchive is its most playful edition to date, he says. Designed and developed in collaboration with Studio Sutherland, the zine presents an “enquiry into work and play, and offers a new way to look at old things”.

Content – which includes a series of games and a poem by writer Tom Sharp – is arranged on a “unique perforated grid”. Each is designed to engage readers in a different way, offering opportunities for goal-orientated “work”, or intuitive and self-directed “play”. With several games on offer, Baird says the zine is designed to be “deconstructed”. He offers a forewarning to readers: if you don’t like seeing print torn up, get two copies.

The Language of Yes brand, by Public Address 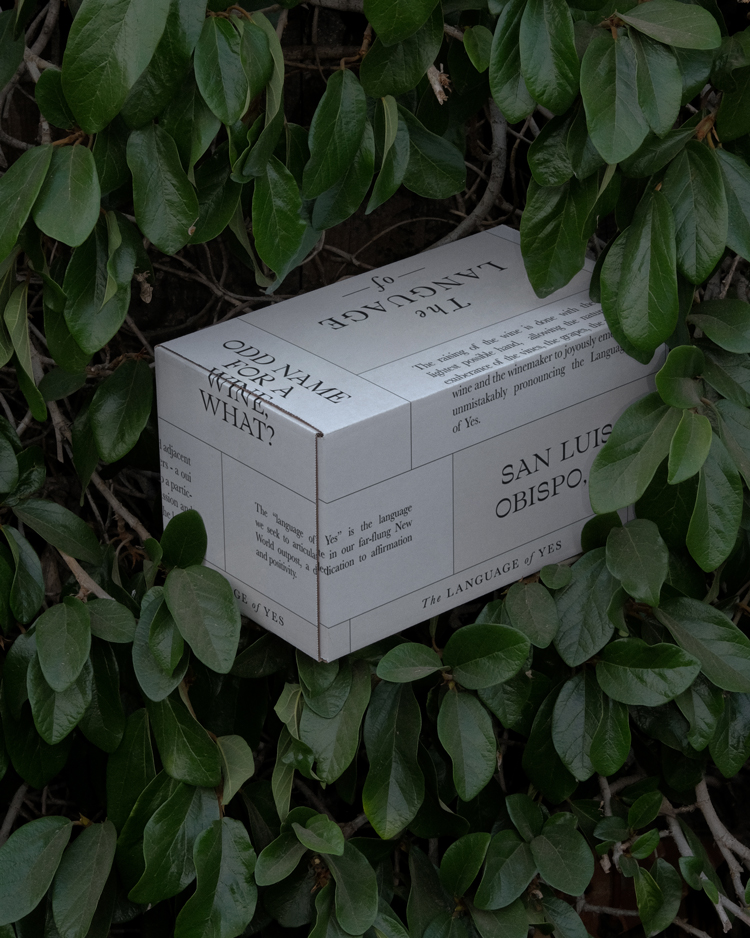 Randall Grahm is a winemaker best known for his decades-long work experimenting with low-intervention, biodynamic wine and transparent labelling. Toronto-based design studio Public Address was tasked with branding the winemaker’s latest line, the Language of Yes, with an identity befitting his experience. The finished result is described as “historic meets tongue-in-cheek”, and puts Randall’s personality at the centre.

The base of the identity is an out-of-print WWII-era French book, which label designer Chuck House found during the process. Images have been lifted from this book, and are used throughout the branding. This is paired with two typefaces, Baskerville and Traulha, which Public Address has introduced to further the historic theme.

From South Korea, by Counter-Print 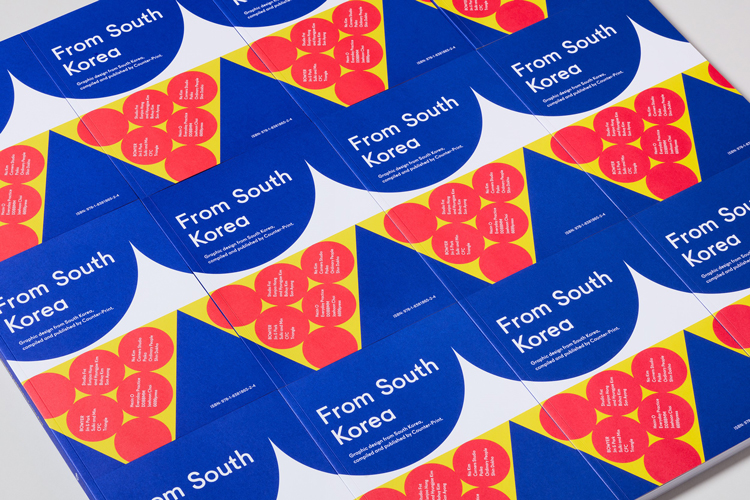 Counter-Print’s latest book is an exploration of the design culture of South Korea. Known commonly for its technology and automobile exports, the country is also home to a thriving design scene, which is showcased in From South Korea.

The 168-page book features work and words from well-known South Korean creatives and studios, including Bowyer, Sulki and Min and Ordinary People. An image-first approach has been used, which means each page offers a mix of colours, patterns and photography – as well as insight into a huge array of different projects, from posters to books and album sleeves.

You can learn about other design scenes around the world from the people who shape them, in our country guide series.

SustainABLE Box, by Paper Round 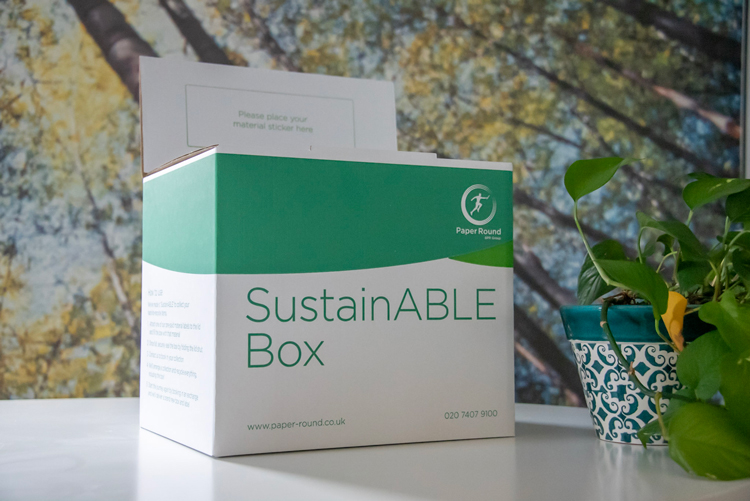 “Wish-cycling”, as recycling company Paper Round calls it, is the practice of throwing any material into a recycling bin in the hopes it can indeed be recycled. It’s a problem in many of the UK’s offices, since there are still a lot of materials that cannot be recycled easily. In a bid to combat the issue, Paper Round has designed the SustainABLE Box service.

Paper Round has a network of viable recycling routes for several of the harder-to-recycle materials found in offices, including things like crisp packets, coffee pods, plastic film and PPE. The SustainABLE Box makes good use of these, by providing a separate disposal stream, away from more traditional recyclables which can be mixed like paper and cardboard. Currently offices in London, Brighton and Sussex can take advantage of the scheme.