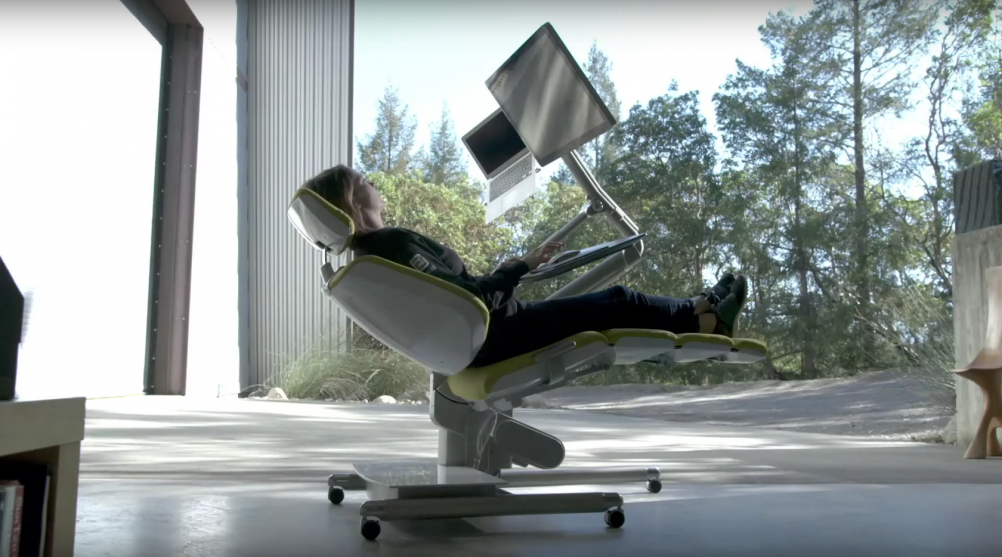 US company Altwork is set to release an office chair design that lets users sit, stand or lie down while using their computers.

Altwork says the concept is aimed at “high-intensity computer users” which it defines as people who spend at least four hours a day in front of a computer.

The company says: “Nothing has changed [in office furniture] in the last century. Even with the advent of lightweight laptops we’re still bending to our machines and working on tables and chairs like we did in 1899 – never mind 1999.” 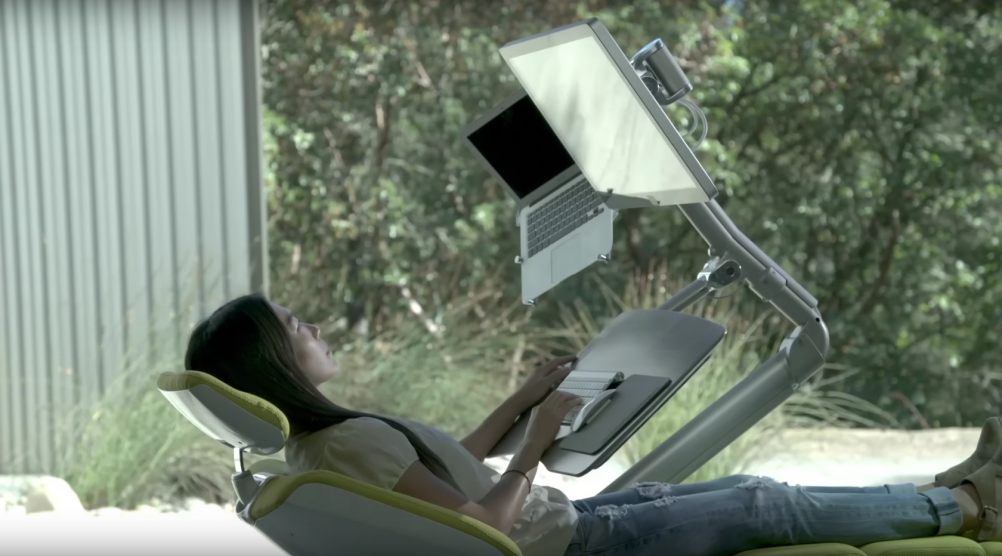 It adds: “While there is no formal ergonomic data… many experts believe a large part of the health benefits from standing come from keeping the torso and legs at greater than 135 degrees apart to allow blood flow vs. the 90 degrees that a traditional chairs require.”

The Alternet chair design can be adapted to allow the user to work in any position they want. It is built around four key positions: sit, stand, collaborate and focus.

The chair can hold computer equipment weighing up to 15kg, which Altwork says should accommodate two computer screens. 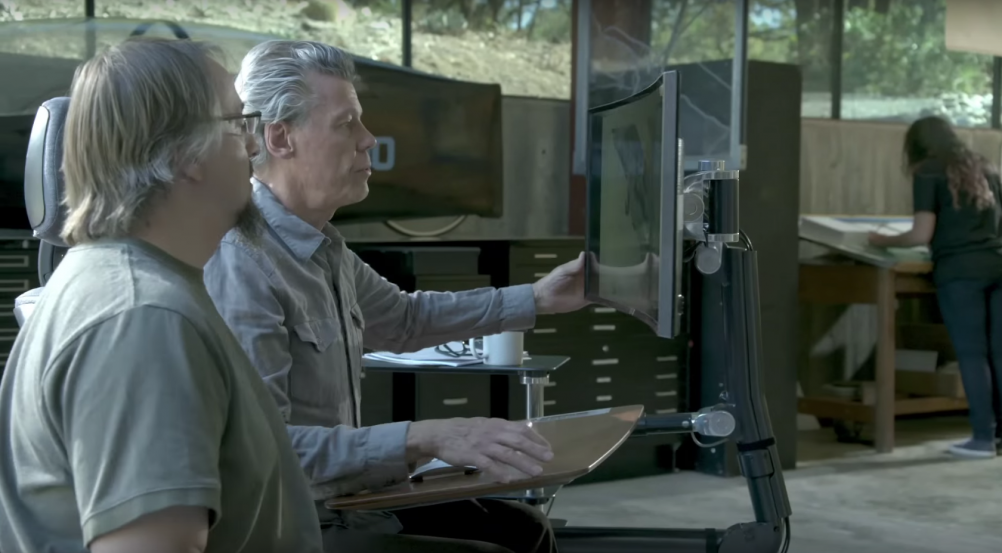 The keyboard and mouse are kept in place using magnets fitted to the devices, which then connect to a layer of steel under the desk. The mouse pad has a ring of steel on its outer edge but no steel in the centre to allow the mouse to slide easily.

Altwork chief executive Che Voigt says: “Why hasn’t someone built a workstation like this before? Because it’s really hard.” 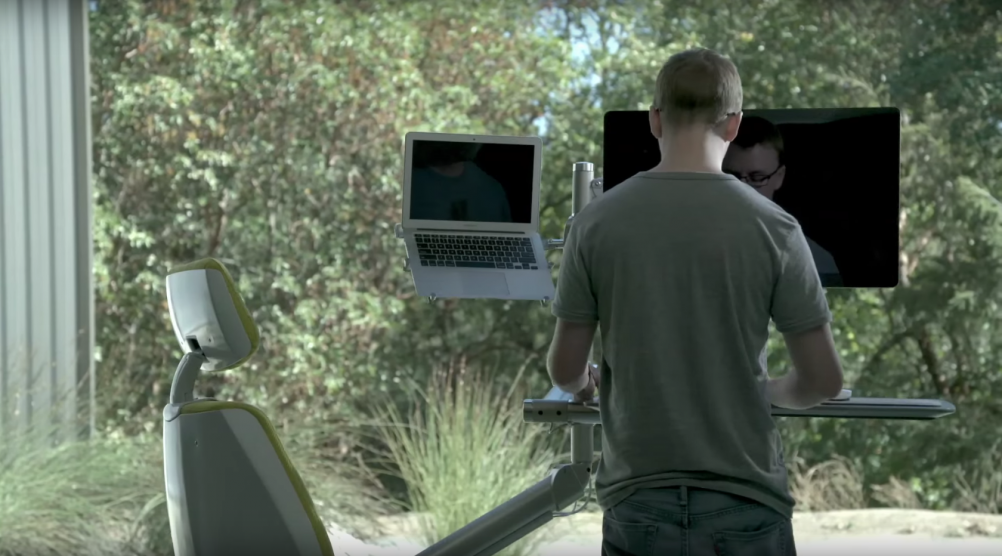 Are we approaching a pharmaceutical packaging revolution?