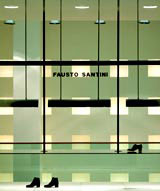 “My profession is curiosity. Everyday I like to see something new,” says Antonio Citterio, the celebrated Italian architect and designer who, at 50, has the same drive to learn as when he took up design at the tender age of 13.

With his shock of jet-black hair only lightly flecked with grey and dapper in his elegant suit, Citterio looked younger than his years when he popped over to London this month for the re-launch of some of his ranges for Tisettanta at 100% Design. Perhaps it is his desire to learn that keeps him fresh. His consultancy Antonio Citterio and Partners is busier than ever, with 40 staff in his Milan and Hamburg offices to handle a growing and varied workload.

Citterio has his hands full at home as well – he has a young family with his wife, the American designer Terry Dwan, who collaborated on his designs until the children came along.

Citterio has always had a multidisciplinary approach. After studying architecture in Milan, he worked first in industrial design and it wasn’t until the early 1980s that he began to develop his architectural work. By the early 1990s he had built an international reputation as a furniture designer, with a client list reading like the great and the good of contemporary product and furniture design – Vitra, Hackman, Moroso, Flos, Artemide, B&B Italia (notably his elegant Baisity range) and Kartell, (particularly his Battista and Mobil storage trolleys).

Never flash or attention-seeking, his work, which won him the prestigious Compasso d’Oro design prize in 1987 and 1995, is characterised by its simple elegance and clever reworking of the old with the new. “The appeal of Citterio’s designs lies in their apparent simplicity,” says design historian Penny Sparke in her book A Century of Design. “This is achieved by assiduous attention to detail, whether by the way in which the feet of his chairs and sofas meet the ground, the way in which hi-tech and natural materials are combined or through the creation of appealing and durable images.”

Citterio feels fortunate in the variety and success of his career. “I’m 50 and I’ve been talking about design for 37 years and I really like it. I’m really lucky too because it’s so difficult to do this and for me it has been so easy.”

When asked about his approach to design, Citterio goes back to his childhood in Meda, north of Milan when, encouraged by his furniture manufacturer father, he became familiar with design at a very early age, going on to study it at school from the age of 13. His inspiration came from proto-rationalism, in particular the Quadrante magazine of the proto-rationalists movement – not easy at a time when everyone else was going off in the other direction, towards the more flamboyant aesthetic of the fledgling Memphis movement.

By the time he was 30, frustration with Post-Modern architecture and Memphis led him to take time out from his design career. He travelled the world to visit the work of Louis Kahn, Le Corbusier and Tadao Ando, drawing their buildings again and again in order to understand what the architects were trying to do.

“My work is not minimalist. Absolutely not. It’s in the international tradition of architecture like Mies van der Rohe, working in reduction to less is more,” he says. “I don’t know if people know it’s my work when they see it… I hope I don’t have a style. The work of designers is not to understand a trend and do it, it’s to improve yourself, your poetry, your work,” he says, hoping to emulate the “honesty and creativity” of the Italian designer Achille Castiglioni, whom he admires. “I do things that please myself. It’s not an egocentric approach – I just believe that when I see a prototype I know if it’ll work or not,” he says, preferring in his practice to have little direct involvement early on in a project in order to retain his powers of criticism.

He is a fervent believer in the role of the client, regarding them as the father of the design and himself, the mother. “If you don’t have a good client, forget it… When you can choose the fathers, that’s half the battle,” he says. He feels fortunate in his fathers – singling out Esprit, which commissioned his first building in Milan in 1984, and was followed by offices in Amsterdam and Antwerp. This vital first architectural project gave him the track record for a subsequent string of offices, factories and shops across the world – he’s just finished his own seven-storey headquarters and is working on a 6500m2 headquarters for Edel Records in Hamburg and the renovation of part of Milan’s underground system.

Then there’s Italian furniture manufacturer Tisettanta, where he oversees the in-house design team and, of course, Vitra. Vitra head Rolf Fehlbaum became one of his key clients and a close personal friend, beginning an ongoing collaboration that has yielded a series of office chairs including Vis a vis (1992) and Axess (1996), and the Ad Hoc office system – its updated versions launched last week at Orgatec. Remarkably, these key clients approached him within the space of a few months in 1984, and Citterio has never looked back, enjoying long and fruitful collaborations with his many “fathers”. At Tisettanta, Citterio is the company’s key designer, creating the Metropolis office shelving system, the Centropercento wardrobe system, both updated and relaunched at 100% Design, and the Quadratus domestic shelving and cupboard system, and advising on the design of Tisettanta’s new London showroom. “He is our top designer. He does our most important projects,” explains UK managing director Massimo Citterio (no relation). “He knows what our company really needs. We hope to work with him for a long time.”

Having made his international reputation, Citterio is in the enviable position of no longer having to search for work. His first project in the UK – a New Bond Street fashion store for Emanuel Ungaro starting soon – will be, he hopes, the start of many, perceiving the UK market to be increasingly receptive to good contemporary design. For years, he’d watched UK designers such as Jasper Morrison and Ross Lovegrove come over to Italy to make their reputations in the traditionally design-friendly climate, but now senses that the UK may soon be an “interesting territory” for his own work. “Now England is an interesting market for design. For many years there was nothing exciting for modern design. Now it’s different.”

In his hectic life, his only regret is his lack of time for his family. He treasures the short, but valuable time he has with his three-year-old son and six-year-old daughter, closely guarding his mobile phone number to ensure minimum interruptions at weekends and, as a backup, regularly changing it altogether. “Separating professional and personal life is a problem. I see my kids just a few hours at the weekend and that for me is the worst situation.” Otherwise, he stays hugely positive about his work, grateful that he is in a position to choose projects that satisfy his curiosity and quest for knowledge. “When you can grow and you understand something in the project, that’s the perfect thing. I’m learning. I’m growing. I’m understanding,” he says.