As the story goes, the fashion brand Esprit came into being from the serendipitous meeting of its co-founders, Doug Tompkins and Susie Russell, along Route 89 in the US in 1963. Within three months of their meeting, the two were married; and within five years, they had established Esprit.

Throughout the 1970s, 1980s and 1990s, the Esprit label developed a cult following for its bold use of colour and pattern and self-confessed “flower power” mission, perhaps most aptly summed up by its brand philosophy of the time: “Esprit is an attitude, not an age”.

But as the world of fashion developed, those behind the brand realised Esprit too needed a revival – and they approached Pentagram’s Natasha Jen with the task.

“I kind of grew up with Esprit,” says Jen. “So this project provided me with an exciting opportunity to reengage with the brand as an adult.”

The project was no small task, as Jen tells Design Week, and the finished identity comprises a redrawn logo, a refreshed typeface, the brand’s first ever monogram, a new approach to colour and an overall “simplicity” that is new to the label.

And beyond requiring multiple elements, Jen explains the project was also rerouted mid-flow because of organisational changes within Esprit itself. First briefed to revitalise the brand, along the way Esprit adopted a new “effortless” design ethos, which required a significant change in approach.

“Graphically speaking, when you think of effortlessness, it should feel very easy, not too much,” she says. “That look and feel was really the opposite to what the brand had done before.” 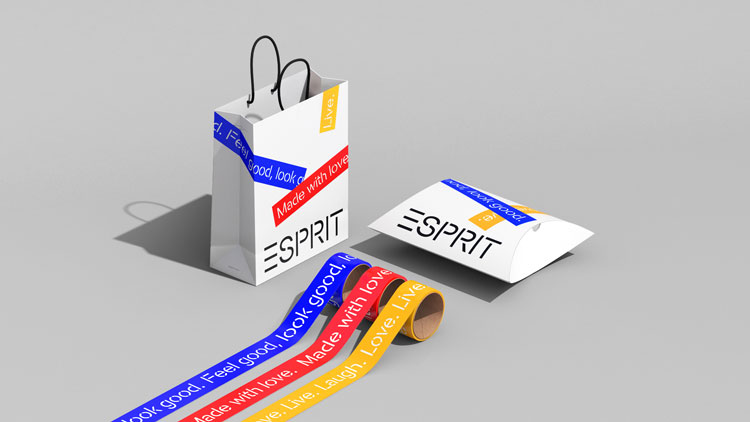 As Jen explains, finding a meeting point between the brand’s history and the brand’s future was a key part of the job at hand – and something that took a considerable amount of time to identify.

“Really the challenge was finding out where we stood between there two oppositional ends,” she says. “On one side, you have this hyper-minimalism and then on the other end you have this joyfulness and colourfulness that has always been associated with the Esprit brand.”

The task was so much finding a middle point, she says, but finding appropriate moments for both elements of the brand. 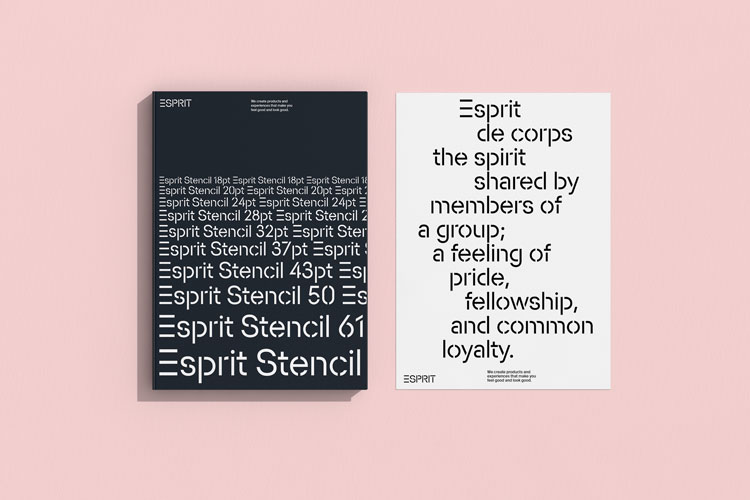 The starting point for the project was the typeface, Jen says. The stencil typeface that had become a core part of the Esprit brand was developed by American graphic designer John Casado in the early 1980s.

This first iteration of the typeface was exclusively in uppercase, and in her reimagination of it, Jen introduced lowercase lettering.

“When we started creating the brand messaging with this new lowercase-inclusive typeface, we realised it was really effective,” she says. Adding in this extra dimension, while remaining considerate of the original, was one of the highlights of the project, according to Jen.

“It has a really important place in branding history, and by extension graphic design history, because of how ground-breaking it was when it first came into being,” she says. “I felt honoured to help tweak it.” 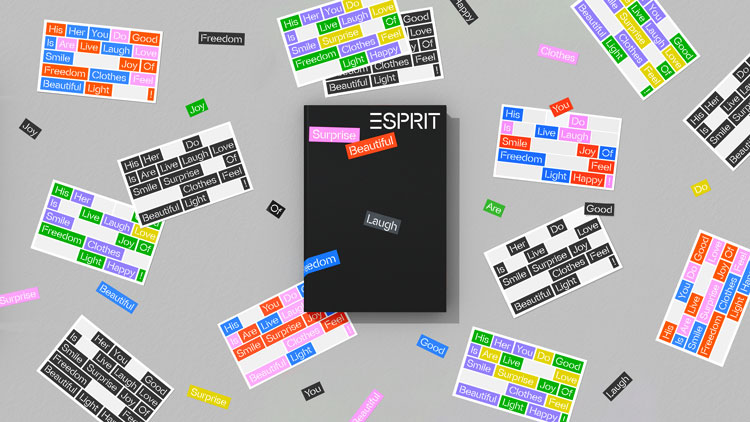 Jen and team also rethought the brand’s approach to colour, having realised early on that with the “simplicity and effortlessness” they were aiming for, the colour scheme had to be “so easy to work with that a child could get the hang of it”.

In the formula created by the team, “two or three base colours” are used to begin with. These are likely to be seasonal or on trend colours, such as browns and oranges in the autumn, she says. These are then accented by their direct opposites on the colour wheel.

This was supported by an overarching commitment to white backgrounds with the logo “always front and centre”.

This tactic, Jen says, created an “interesting clash”: “This way, the brand would always have a selection of colours on season, but would also have a set of supporting colours to create that interesting colour moments that were always a signature move in the Esprit brand.”

The sum total of all these decisions, she says, is a brand that looks “effortless, but joyful”.

“In the quest for effortlessness, you really have to be concerned about appearing ‘over-designed’,” Jen ends. “But at the same time, we didn’t want to lose the joyful foundation on which the brand is built.” 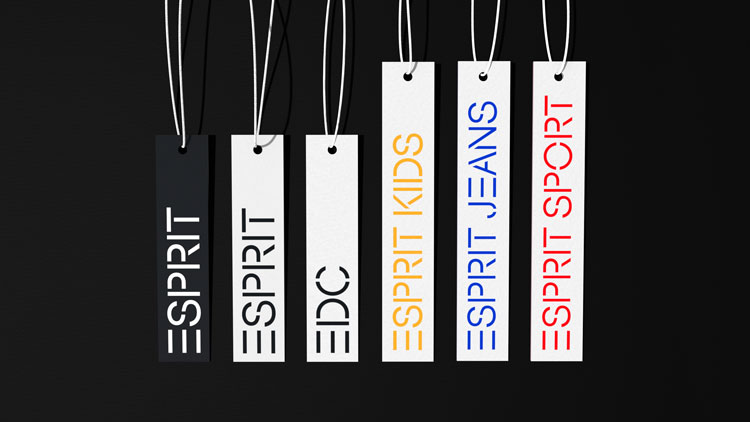