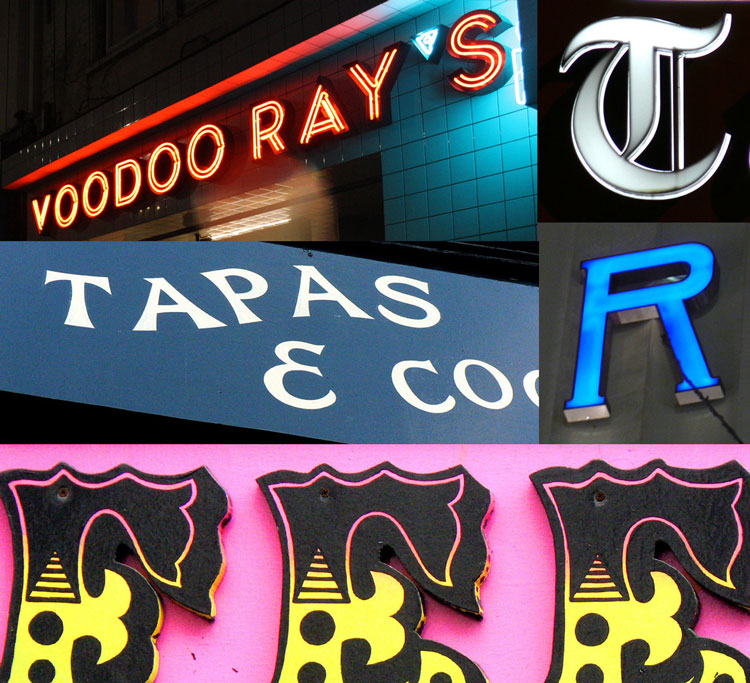 For the last few years Sarah Hyndman, graphic designer and founder of Type Tasting, has invited willing participants to explore the cultural history of Dalston through the various typefaces that can be found in its streets. From bakeries to jazz bars, pizzerias to warehouses, a lot can be learned from the “typographic DNA” found in “the wild” of the east London area, she says.

Not one to let a thing like lockdown stop her, Hyndman has now taken her Type Safaris online, giving typography enthusiasts the chance to explore the East End and its cultural significance from the comfort of their own home. Split into two episodes, the first deals with “reappearing signs”, while the second covers “disappearing signs”. Each session comes complete with an hour-long Type Safari, followed by a 30-minute quiz and Q&A. 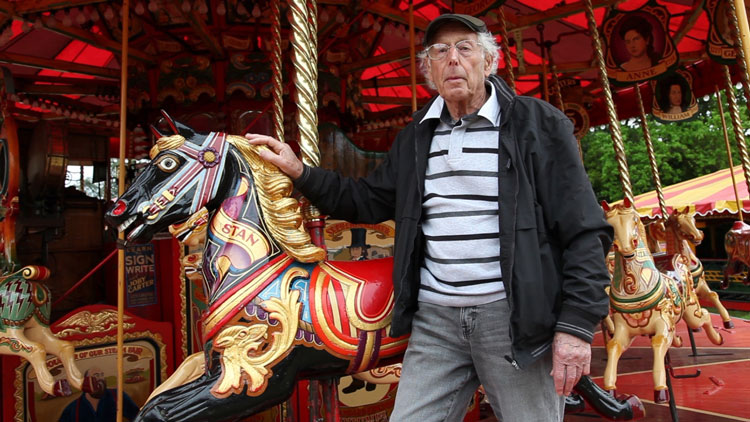 Back in 1950, Stan Wilkinson began work as an apprentice at signwriting studio Giles the Sign People. It was the start of more than a half-century career in the trade, which cemented him firmly as a “legend” in the field, creating in the process iconic designs for everything from ice cream vans to the Royal Air Force.

With full access to personal photographic archives, as well as the man himself, signwriting studio Better Letters tells Wilkinson’s story in this short film. “When Better Letters Met Stan Wilkinson” examines Wilkinson’s career and achievements, the legacy left by him, and the work he’s still undertaking some 18 years into his retirement.

When: When Better Letters Met Stan Wilkinson premieres on YouTube 9 May 2020 at 20h00.

Info: Following the premiere, a live Zoom Q&A will take place. Register for that now on the Better Letters website.

An experience shared by events the world over, last month the team behind the short film festival Flatpack was forced to cancel what would have been its fourteenth edition. But since making that decision, the Birmingham-based team has plotted how to deliver its first ever digital edition in its place.

Viewers can expect the usual “stew of animation, documentary and inventive weirdness”, according to the team, along with a number of prizes up for grabs, some of which are voted for by the audience. Boasting a number of premieres, the year’s event will feature family-friendly programmes, as well as those that discuss everything from identity and perspective to anime, through different animation styles and film disciplines.

When: Events will be taking place throughout May.

Info: To find out more about the programmes head to the Flatpack Festival website. 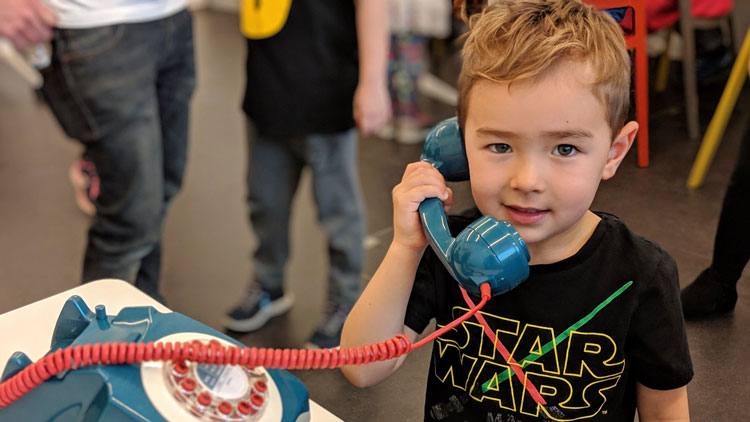 With the closing of school doors, parents up and down the country were tasked to become teachers almost overnight. Across the design industry, studios, museums and creatives have met this challenge with a host of engaging initiatives, educational tasks and fun activities for families in need, and V&A Dundee is no exception to this.

The museum has recently launched its phone-based weekly design challenge, Design Busters. Each week, participants are invited to ring the free phoneline to receive a new creative challenge. Children (and adults) are encouraged to build their own Design Busters “kit” by gathering everyday objects from their homes, such as tin cans, junk mail, paint swatches, broken toys or paper straws.

Info: The freephone number to call is 0800 048 9968, the message will play twice. Participants are encouraged to share their designs on social media once finished using the #DesignBusters hashtag.

Read: The Adventures of Pinocchio 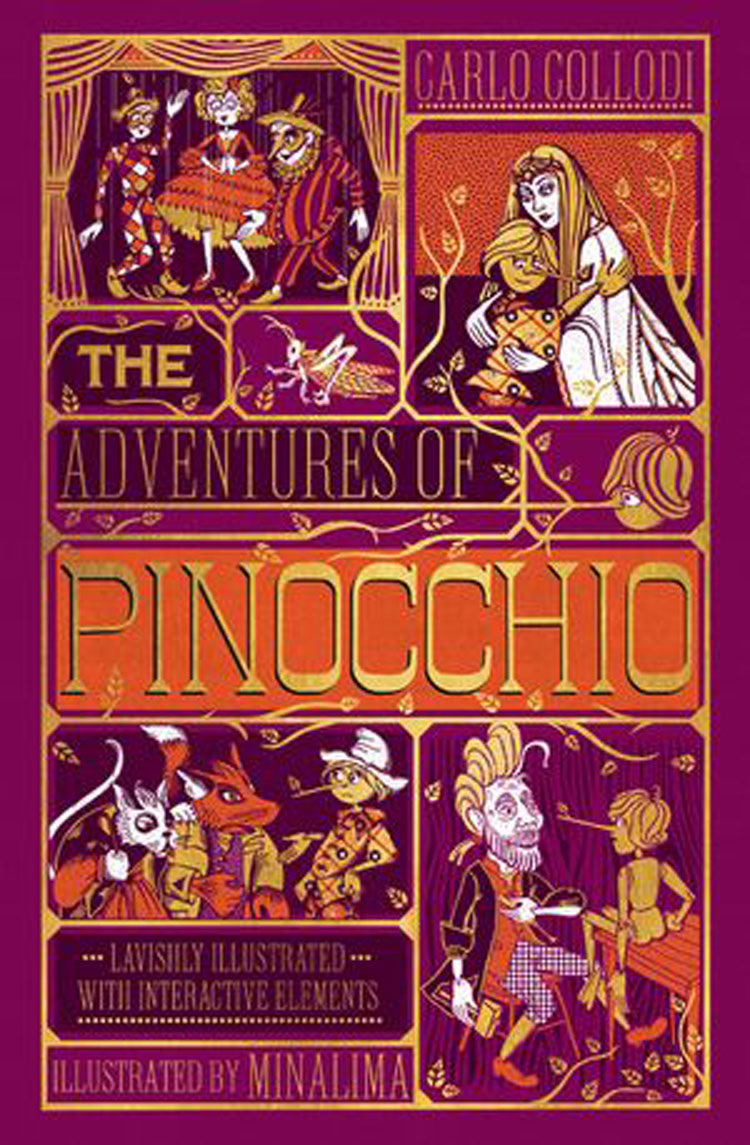 The tale of Pinocchio has been read by families for more than a century as a cautionary tale against mischief. In this latest edition, Carlo Collodi’s classic tale of curiosity and naivete has been reimagined with the help of award-winning graphic design studio MinaLima, the masterminds behind the graphic world of the Harry Potter film series.

Throughout the special edition hardback volume, the MinaLima team has created a series of exclusive illustrations with the aim of getting readers “lost in Pinocchio’s world”. Additionally, a number of interactive features have been designed into the book, including various finger puppets, a fold out shark and Pinocchio himself.

When: The Adventures of Pinocchio will be released 14 May 2020.

Beyond just the UK, countries across the world are feeling the effects of lockdown. Wanting to ensure that quarantine practices don’t signal the end of the international creative community, creative director Filippo Spiezia has devised what he is calling the “largest global live streaming of a digital community of all time”: a three-day design “marathon” called Digital Design Days.

Viewers can expect talks from creatives from the like Pentagram, Huawei, Google and Behance, with the ultimate aim being to showcase and encourage the value of generosity and community in creative work. To ensure accessibility, all events throughout the livestream will be free.

Info: 36 hours of livestreaming will be split into 12-hour daily segments, which will run from 10h00 to 22h00 each day. For more information or to register, head to the DDD website.