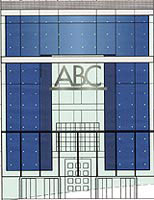 JHP has been appointed to create the complete environment and communications programme for the largest department store chain in Lebanon, a project that carries a six-figure fee.

ABC has hired JHP for the retailer’s most ambitious project yet, which is to build an anchor store in a new shopping centre development in the Achrafeih area of Beirut, which has been designed by BDP. ABC is behind the overall development of the mall. Achrafeih is understood to be the equivalent of London’s Knightsbridge.

It is the consultancy’s first work in Lebanon. Strategic director Steve Collis describes Lebanon as ‘the Paris of the east’.

JHP saw off competition from three rivals, two of which are thought to have been US groups with the other from the UK. JHP won the project following a paid creative pitch.

Collis says the group first went over to the region in November 2001 and presented concepts at the end of January to a ‘panel of adjudicators from around the world’, which included representatives of professional bodies, such as the International Council of Shopping Centres.