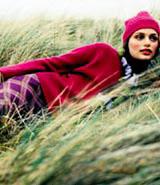 Retail group Laura Ashley is set to search for a branding consultancy, following the approval at board level of plans to change its image.

The group was a retail star of the 1980s, but faltered during the last decade. The proposed changes to its image are part of an effort to change the brand’s perception – that it is dated and associated with a heavily co-ordinated look – among the general public.

A plan for examining the brand image was put to the retail group’s board three weeks ago and has now been accepted. Laura Ashley has not sent out an invitation to pitch but it is likely that any work will be conducted by a consultancy rather than in-house, says a company spokeswoman.

“We had to decide what we wanted to be and what we wanted to say. Now we understand that and have put it to the board we can move forward. We’re not ditching anything we’ve done with floral patterns and prints, but we want to generate a more contemporary feel,” the spokeswoman adds.

The company has made a profit for the first time in more than three years, with a pre-tax figure of £1.7m in the first half of the year compared to a loss of £7m in 1999.