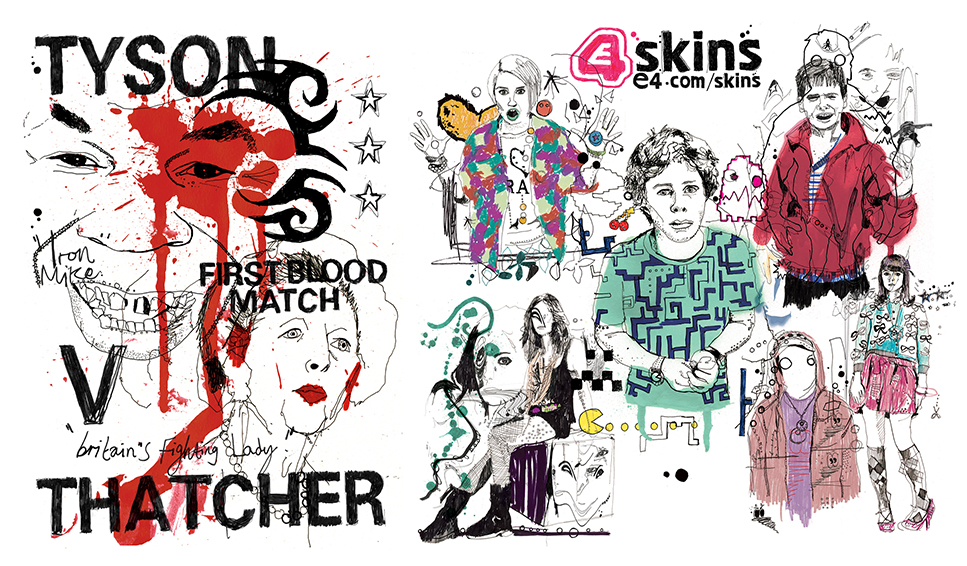 It’s always there. The latest achingly cool project you’ve stumbled upon in this crowded creative industry of ours, confronting your confidence, making you feel like you need to tailor your own work according to what is cool and what you think they would want to see in a portfolio.

Then there’s a moment when it becomes apparent that you’ve lost your creative identity and strayed away from those college dreams, directionless and disillusioned. That’s where I found myself six months after graduation.

Unless you’re very fortunate, making money is essential. I did my fair share of drawing faceless people in suits climbing ladders into money trees among other tired conceptual illustrations for early clients with the best intentions and decent budgets.

“Personal work is easily abandoned in the face of fat salaries”

I held dear to my trust that they would be temporary, earning me the money to transition away from employment towards freelancing as an illustrator where I could be more effective in shaping my own destiny. The jobs that I really desired started to arrive when people saw my personal work, the stuff that is so easily abandoned in the face of fat salaries, trends, mortgages and that TV package.

The world is littered with examples of landmark projects born of expressions of individual experiences, drawing on the world around us. The Office was the product of Stephen Merchant and Ricky Gervais’ comedic study on the world of middle management and one of the most successful self-initiated projects of all time.

I felt a tremendous sense of wonder as a seventeen year old, when Gorillaz arrived on the scene. Seeing what Jamie Hewlett and Damon Albarn had created made me yearn for the same belonging to something that I loved to do and was my own, despite having no clue where to begin. Some may have called that a fantasy for the young and naïve, but isn’t that why we all wished to get into the creative industry in the first place? 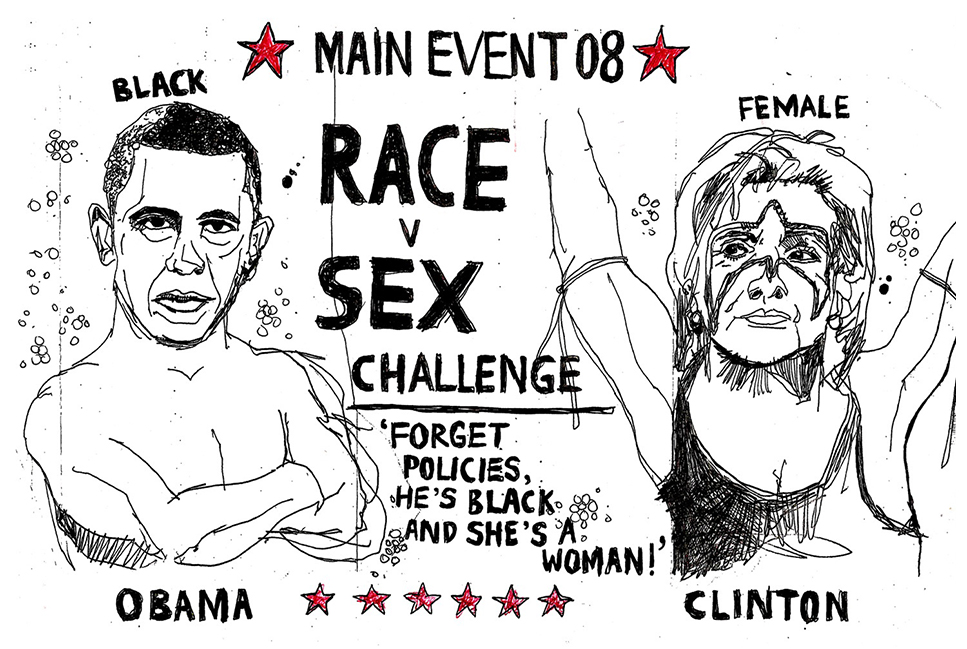 I felt the same glowing feeling, a year removed from education, thanks to the roaring laughter in my shared studio when I presented a new illustration, featuring a boxing poster pitting Barack Obama against Hilary Clinton in what I called The Race v Sex Challenge. This was my way of expressing the dismay I felt with the media’s persistent focus on the gender or Hilary and the skin colour of Barack.

It was in a meeting with the then design director of The Guardian, that my eyes were opened to the benefits of personal work. Flicking through my portfolio, featuring only one commissioned piece of work and 24 pages of self-initiated pieces, he stopped on The Race Sex challenge and told me that my angle on current affairs was different, funny and interesting. The self-initiated football work I created to show my knowledge was flagged as valuable too. To my surprise, I was working for The Guardian within a couple of months, despite an overwhelming competition field and vast inexperience.

Why personal work pays off

After that, only the commissioned work I enjoyed creating made the portfolio, while many jobs that provided nothing more than money were ruthlessly omitted to avoid attracting similar jobs with no creative benefit. Over 50% of the portfolio were works I had self-initiated, just like the Race v Sex Challenge.

On episode 25 of my Arrest All Mimics podcast, creative agency Human After All discuss how Little White Lies started as a university project and ultimately brought in work for the BAFTAs.

I won my first job outside of editorial illustration, working on a Channel 4 television trailer for season 3 of Skins. A chance meeting with a director from the TV station led him to Tyson v Thatcher, a follow on from The Race Sex Challenge. He found the piece hilarious, daring and saw a playfulness and energy in the work that he felt Skins was crying out for.

The Skins work continued for three years, brought me great creative pleasure and elevated my name, bringing me positive press and other jobs in new fields. Now, with eight years experience, I continue to play, to explore new ideas and harness that precious asset we all possess which is a unique journey.

Getting the balance right

Client work is wonderful and essential, but it is the work we create simply because we want to, out of some deep-rooted necessity owed only to ourselves that embodies the truly refreshing and qualities most likely to attract the work we dream about at college.

Personal connects with a greater number of people while trends are forgotten very fast. The portfolio, no matter the discipline, is not just a showcase of what you’ve done or can do, but more importantly, has to be a statement of intent, packed with the ideas, honesty, oddity and originality found only in you.

Ben Tallon is a Design Week columnist, illustrator, art director and author of Champagne and Wax Crayons: Riding the Madness of the Creative Industries. He also hosts visual arts podcast Arrest All Mimics.