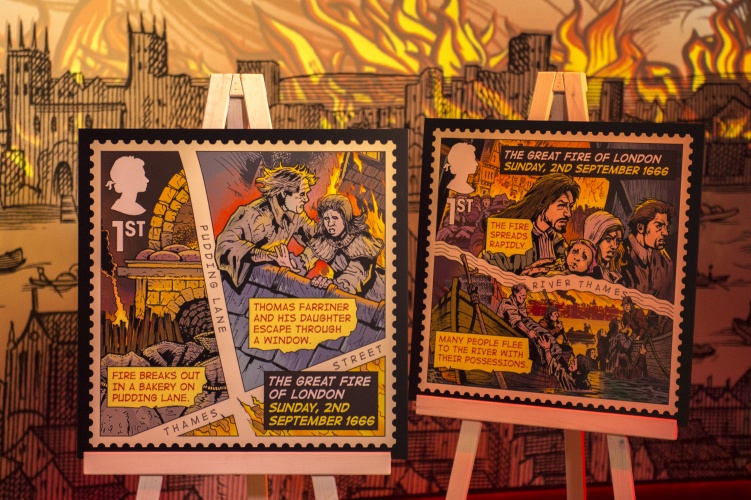 The Chase has designed a series of stamps for Royal Mail, marking 350 years since the start of the Great Fire of London.

Dividing the key events spanning the start, spread and aftermath of the fire, the six stamps reimagine it in the form of a series of graphic novel-style illustrations by artist John Higgins.

“The Great Fire of London is actually part of school curriculum this year, so Royal Mail were keen to produce a set that would appeal to a slightly younger audience,” explains creative director at The Chase, Richard Scholey.

“Graphic novels were discussed during the initial chats but then we were given the flexibility to take it from there.”

As an established comic book artist, John Higgins was seen as a good choice when deciding how to translate the intricate detail of a comic strip onto the small surface area of a stamp, according to Scholey.

“John Higgins uses strong black line work which he then fills in. When we looked at different artists, his seemed to retain that detail on a small scale,” he says.

Streets and rivers divide up the action

“The way he treats lighting also works really well. The fire does create a very specific dramatic look, and he was very good at capturing that.”

Instead of dividing up the story into physical grids like a traditional graphic novel, the consultancy has opted to use physical landmarks to locate the action, such as Pudding Lane – where the fire first broke out – and the River Thames.

The stamps are available from royalmail.com and 8,000 Post Office branches. 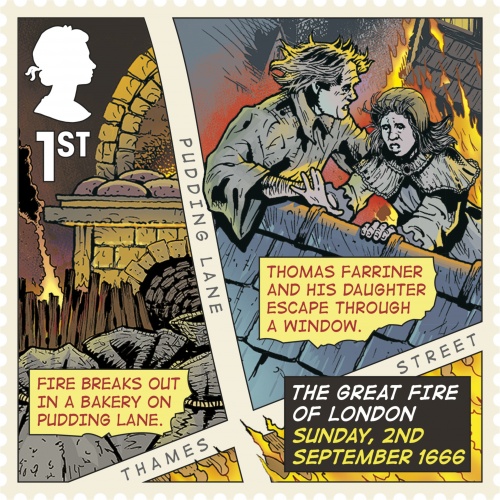 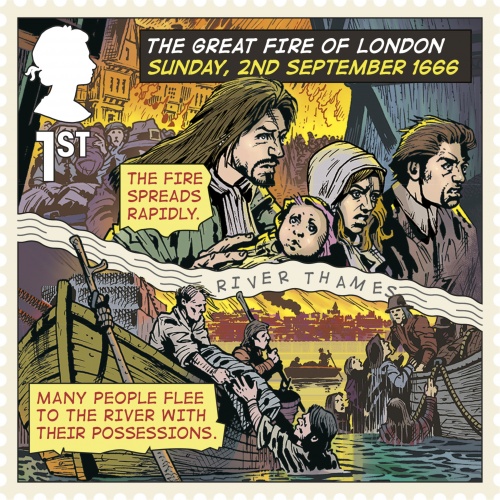 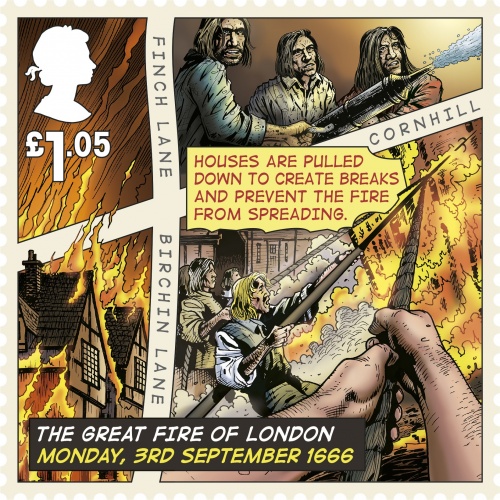 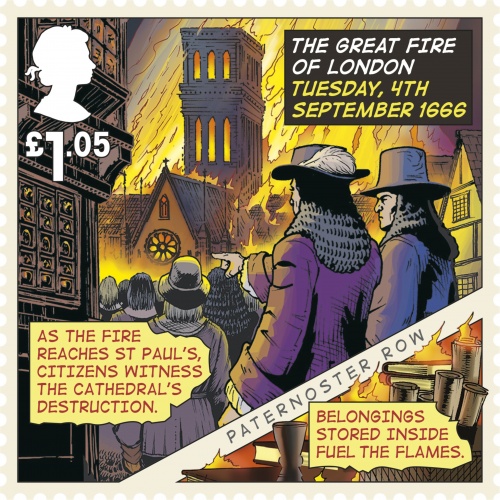 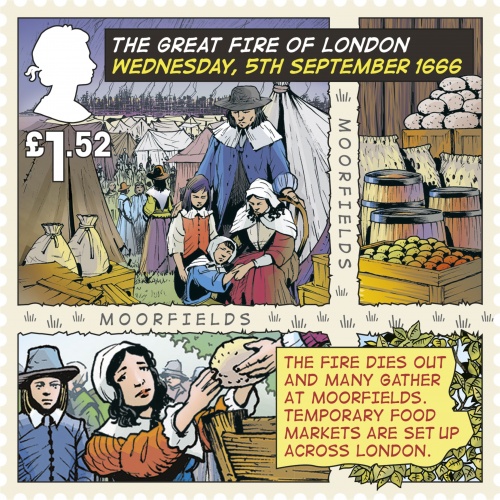 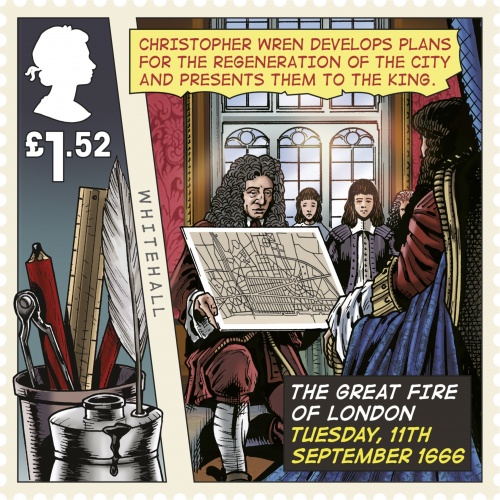