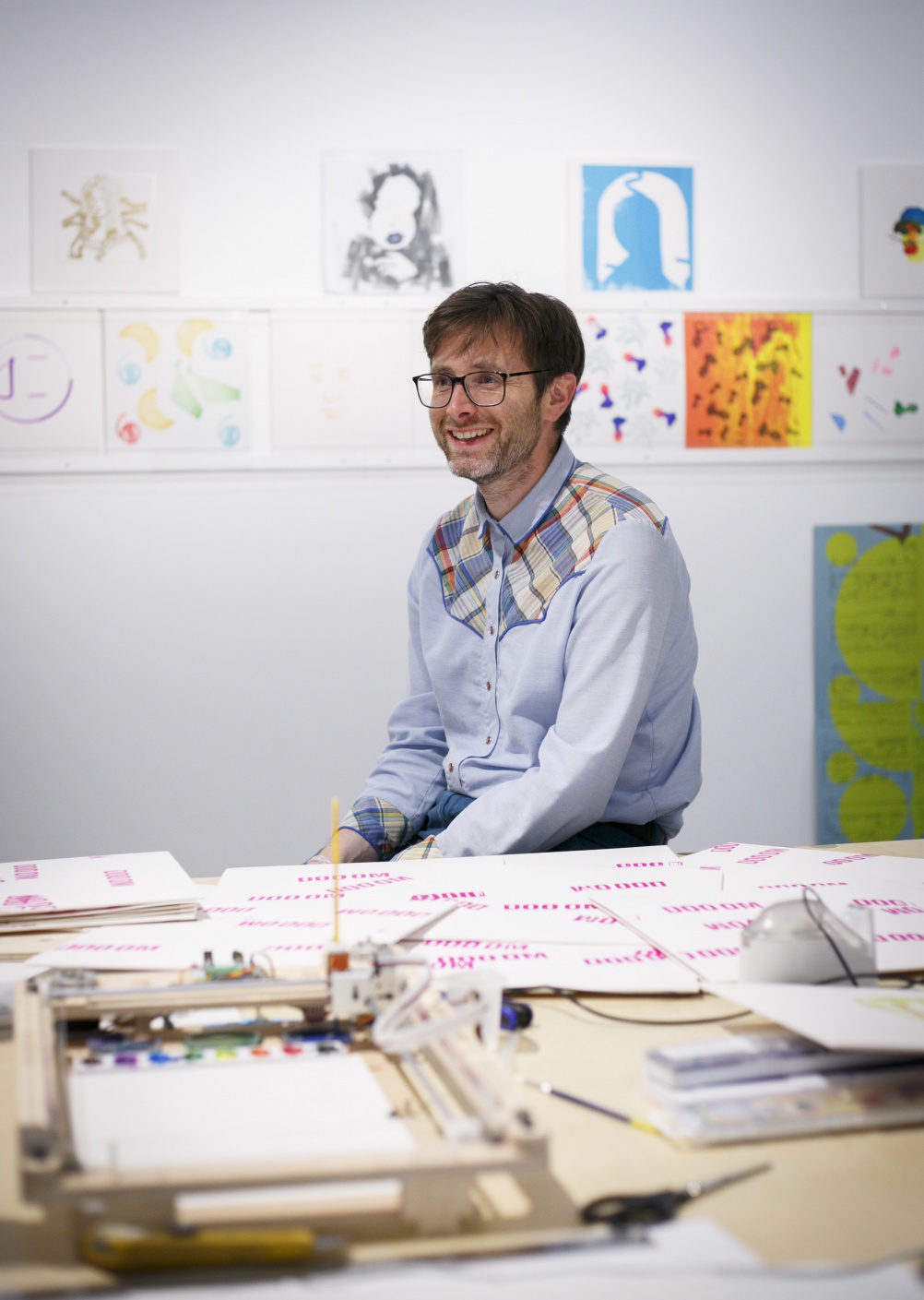 Designer Fraser Muggeridge has set up studio at the Barbican this week in an ambitious project that will see him create runs of original album art for songs that will be recorded by the likes of Suicide, Boredoms and Thurston Moore before being pressed on site.

The project is part of Station to Station: A 30 Day Happening, which is being curated by artist Doug Aitken in partnership with the Vinyl Factory.

Muggeridge is two days into his two week residency and has already been given presses of Get Real by The Concretes, Fun Times by White Mystery and Doom Doom Doom by Cold Cave. 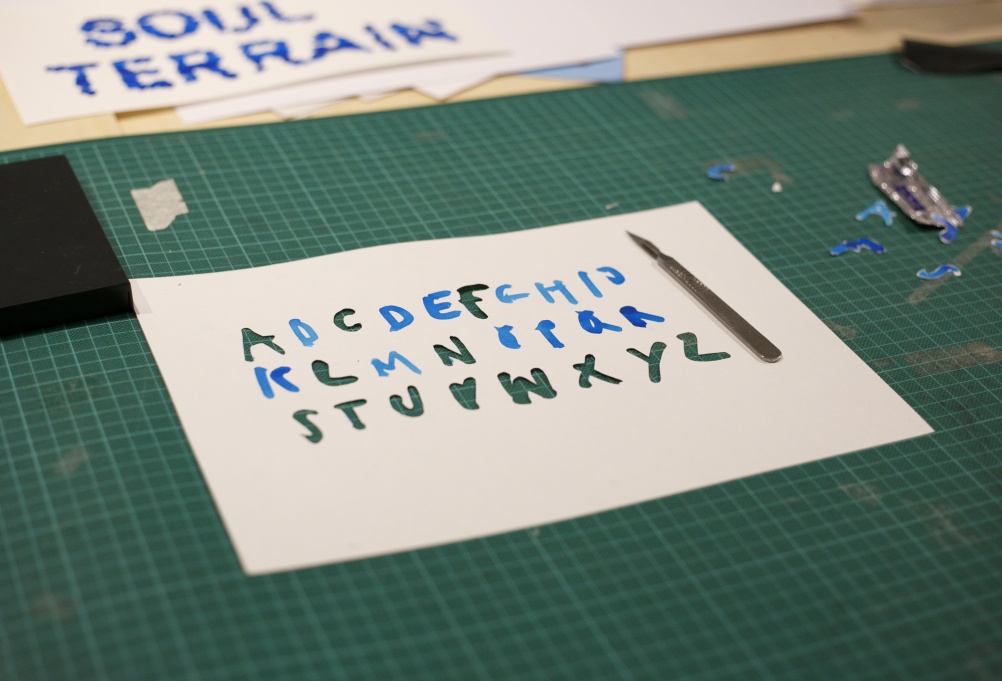 With only a day to create each one Muggeridge and his team of six are working within obvious time constraints but he says the process has been liberating and allowed him to focus on an idea without it being diluted by processes.

“It’s an invitation to explore things we wouldn’t normally do. We don’t have to present to a client. A lot of it is based around the constraints of what you can produce and we’re very controlled by production techniques here.” 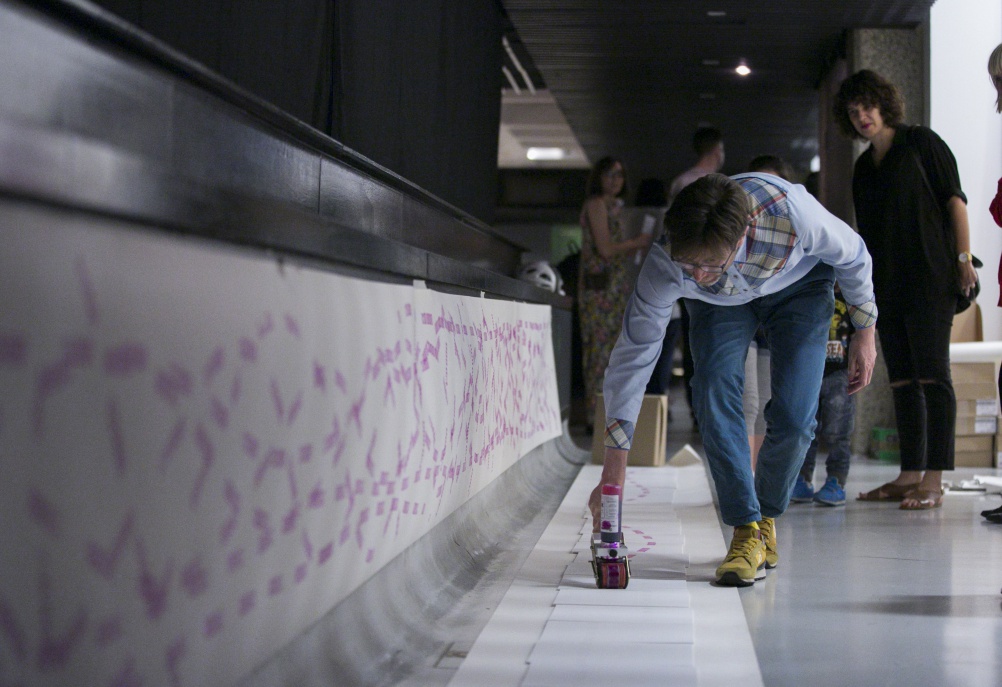 Each design has to be reproduced 300 times for each pressing and there will be ten tracks recorded in total. 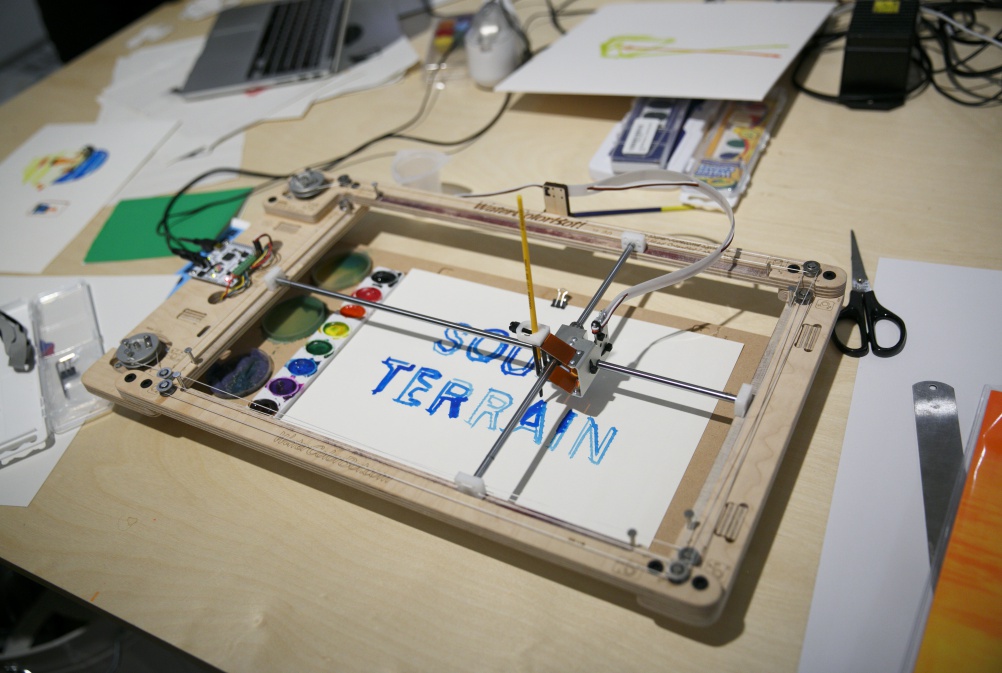 “We’re trying to stay on the right side of that borderline where it could end up like a five-year-old kids workshop. It’s folky. Each one’s slightly different and obviously there are some mistakes but they’re part of the process. We can photocopy sleeves but not covers.”

Each of the ten records pressed will be linked by a concept, the Mona Lisa, which will be referenced in each design, through things like hair colour, something anatomical or a more subtle reference. 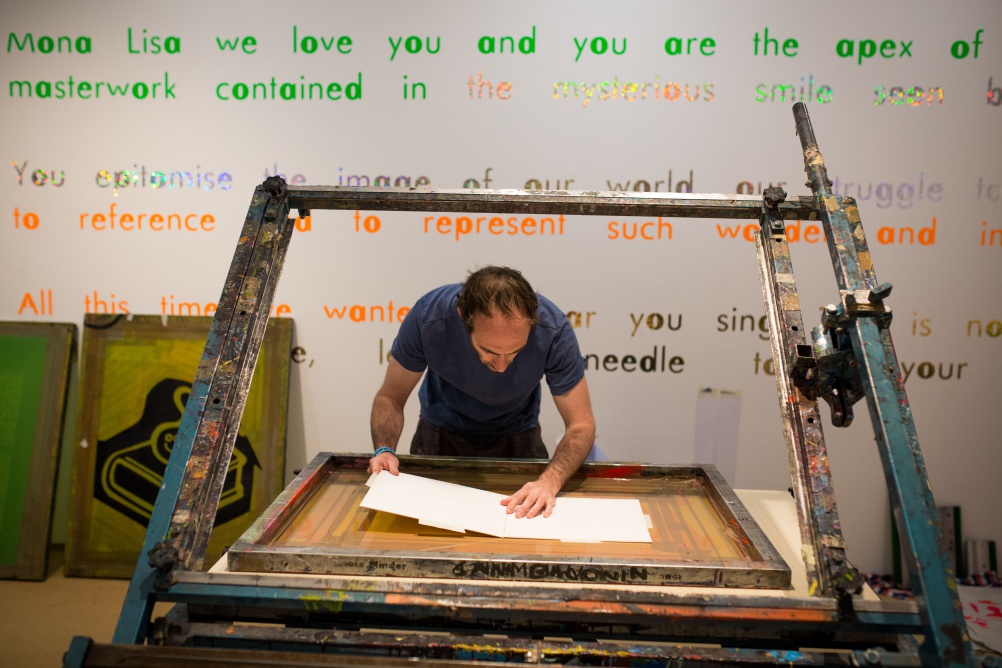 The architectural machine is being fed with data files of old pieces of studio work and has already recreated a barbican poster while the other machine is turning the studios portfolio into watercolours.

Designers Åbäke will take over from Fraser Muggeridge’s residency at the end of next week. Station to Station will also include other residencies, installations, workshops and screenings. 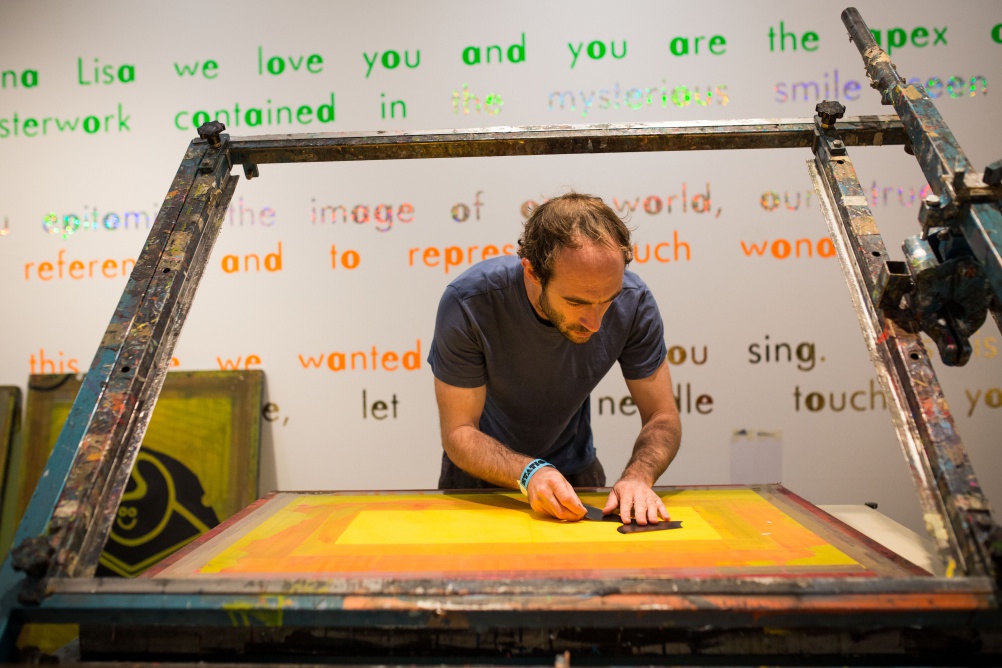 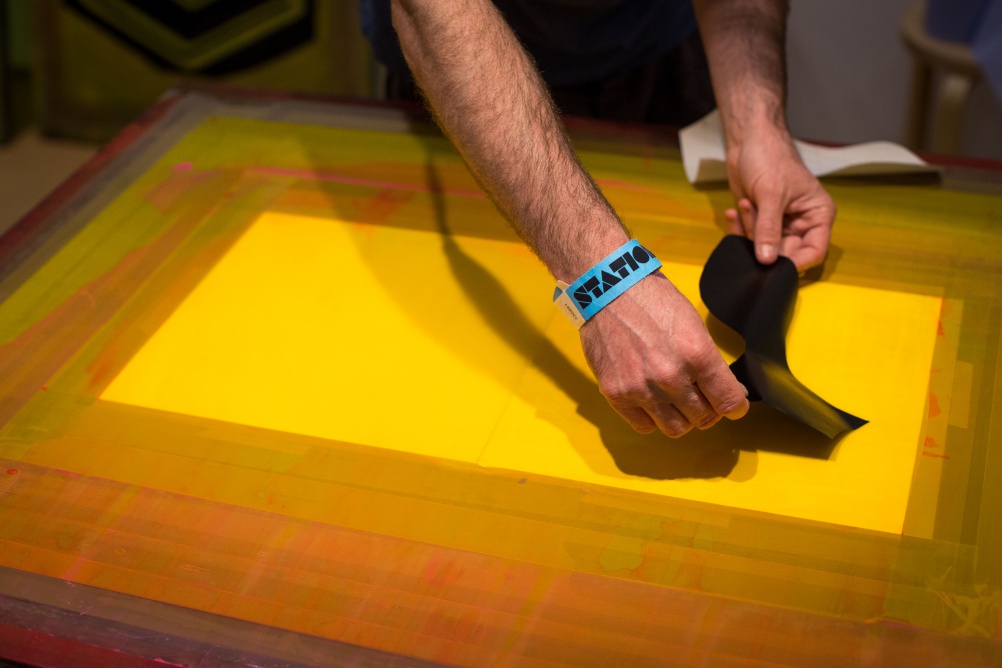