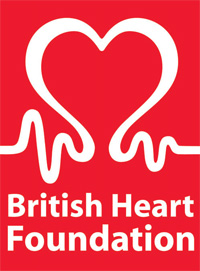 British Heart Foundation has been named as the Client of the Year in this year’s Design Week Benchmarks awards, with The Chase and Rose sharing the honours for the Best of Show.

The Client of the Year award was established in 2007 to celebrate excellence in commissioning design. BHF (logo pictured below left) was the client behind last year’s Best of Show campaign winner – The Small Creature initiative by Hat-Trick Design. It has picked up another Benchmarks award this year, with another Hat-Trick project – Heart Health Materials – and a commendation for work by Marc & Anna.

The Benchmarks judges say, ’British Heart Foundation has depth in what it commissions. It is fit for purpose and has emotional empathy.’

Last year the Benchmarks awards were split into two parallel streams, with one covering branding programmes relating to a particular business sector and the other looking at campaigns. This means that this year there are again two Best of Show winners, with The Chase picking up the award in the programmes stream with its identity for Home for Merseystride (pictured below centre) and Rose winning in the campaigns stream for its work for artist Dryden Goodwin’s Linear exhibition for Art on the Underground (pictured below right).

The Chase’s work was carried out for social enterprise Merseystride, which set up the Home initiative. Home sees homeless people working to repair and recycle end-of-line or damaged furniture, which can then be sold on. The judges say, ’The simple graphic style across the flat-packed furniture’s packaging is appropriate and brilliantly executed.’

Runner-up projects in the programmes Best of Show are Purpose’s work for English Farming and Food Partnership and Love’s work for Umbro.

Rose’s winning work in the campaign sector is for Goodwin’s Art on the Underground project – a public art initiative on London’s Tube network. The judges say, ’The posters came to life at stations along the line through the use of escalator panels and it was unanimously agreed that the work is a true benchmark of British design.’

Leisure and Travel: Manchester Literature Festival 2009 by Mark Studio
Pharmaceuticals and Healthcare: Heart Health Materials for British Heart Foundation by Hat-Trick Design
Professional Services: No winner
Public-sector: Dryden Goodwin Linear for Art on the Underground by Rose; Lest We Forget for Royal Mail by Hat-Trick Design
Property and Construction: No winner
Not-for-profit: House of Cards for Shelter by Leo Burnett London and Pentagram