By now you’re bound to have seen the latest advertising stunt from car-brand Lexus, which features professional skater Ross McGouran riding a real-life hoverboard, seemingly inspired by cult film Back to the Future II.

The film – the latest instalment in the brand’s Amazing in Motion campaign – was created by ad agency CHI & Partners, but the board itself is the work of German magnetics company Evico GMBH.

CHI & Partners and Lexus first decided they wanted to make a hover-board over a year ago and brought in Evico to work on the project.

Evico devised a solution based around liquid nitrogen-cooled super-conductors and permanent magnets, allowing the board to hover over a specially designed course, which contains corresponding magnets. The board can only be ridden on this course.

As well as providing cooling, the liquid nitrogen clouds billowing from the board bring a suitable note of space-age theatricality.

Evico chief executive Dr Oliver De Haas tells us: “Lexus had had a lot of ideas on how the board should look and its features. Of course they pushed us to change tech ideas and so on – but above all it had to be usable and good looking.”

Enough power for 30 minutes of skating

The main design challenge for the board, Haas says, was creating a product that can endure the rigours of skateboarding while safely containing delicate materials.

The superconducting material is YBCO (its chemical name), there is a cryostat, which is a chamber for the liquid nitrogen, thermal insulation needs to be integrated and there are layers of glass fibre and carbon fibre.

The skater gets up to half an hour of hovering before the liquid nitrogen tanks have to be replenished.

Rare earth magnets help the board to levitate

Meanwhile NdFeB magnets (rare earth magnets) have been installed under the surface of the skate park. These interact with the magnets in the board to create its levitation action in a magnetic field.

“There are many brittle sensitive materials in it as well as liquid nitrogen operating at low temperatures, plus Lexus wanted it to be light and robust – people will be falling off, stamping on it and doing tricks,” says De Haas.

However, this was a one off and as far as hoverboards are concerned Lexus’ work is done. It is not for sale and you won’t be riding one any time soon.

Professional skater Ross McGouran , who has ridden it, says: “I’ve spent 20 years skateboarding – but without friction it feels like I’ve had to learn a whole new skill, particularly in the stance and balance in order to ride the hover-board. It’s a whole new experience.”

De Haas says that for Evico the hoverboard is far from a whimsical diversion and ties into broader work his company is doing.

He says: “We are working on a big project on maglev [magnetic levitation] trains. We also envisage cars hovering over magnetic rails when we have the infrastructure in place.” 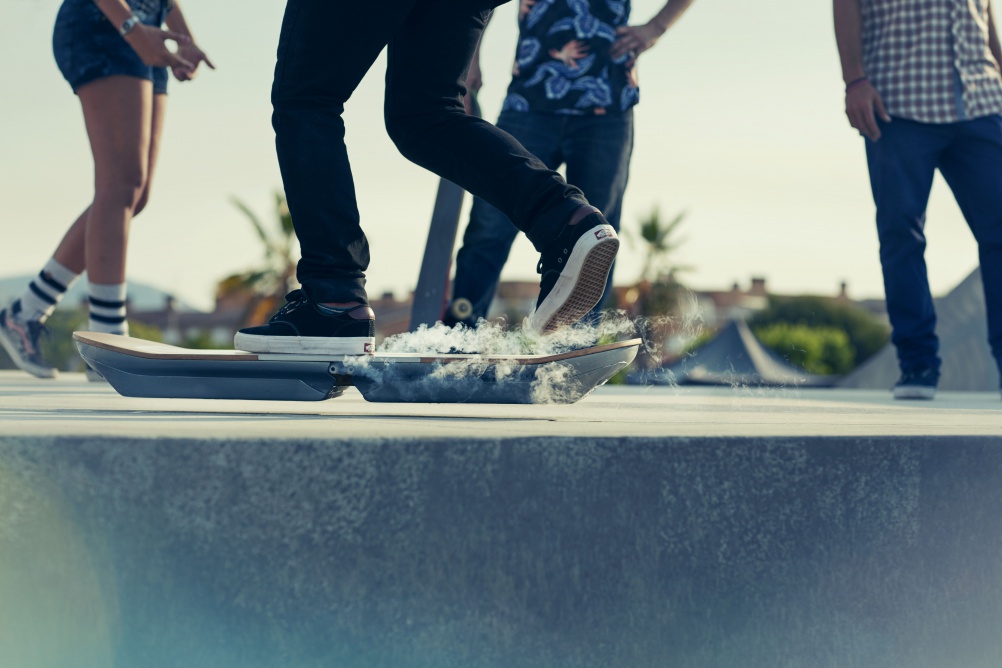 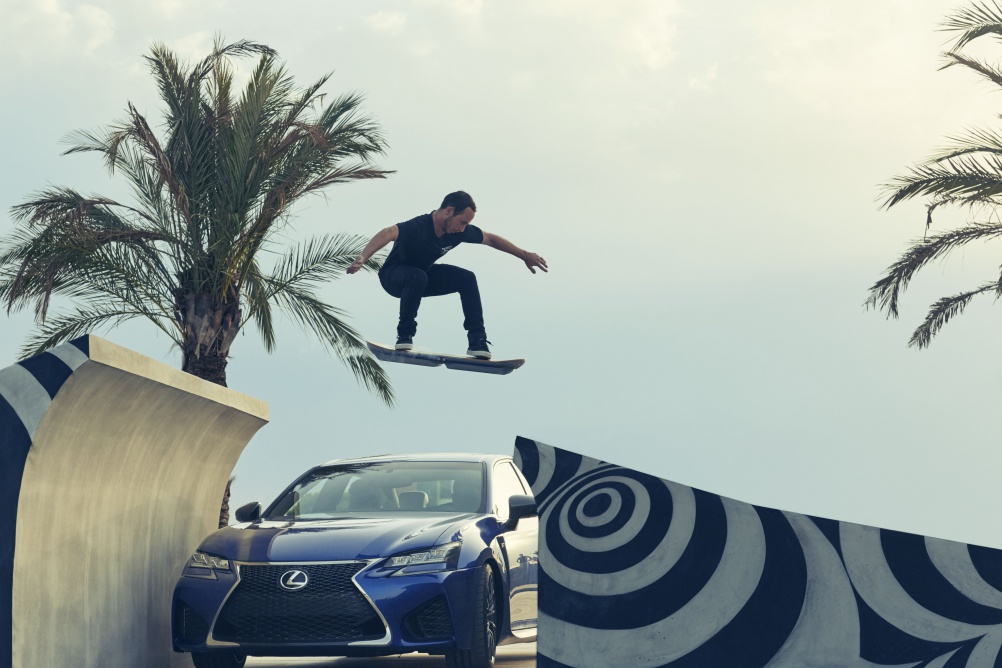