It’s hard to think of a time when the British public has been divided so staunchly as in the years preceding and following the 2016 EU referendum. Beyond just separating political parties, it has driven a wedge between towns and cities, friendships and families.

A new book from GraphicDesign&, looks to address this, not by trying to convince either side to switch camps, but by encouraging leave and remain voters to simply listen to each other.

The Other Side presents 50 voters, 26 leave and 24 remain to reflect the result of the referendum, and asks them to share their viewpoints on the losses and gains of the Brexit vote. It also provides a visual essay to chart the UK’s historically changing attitude toward the EU. 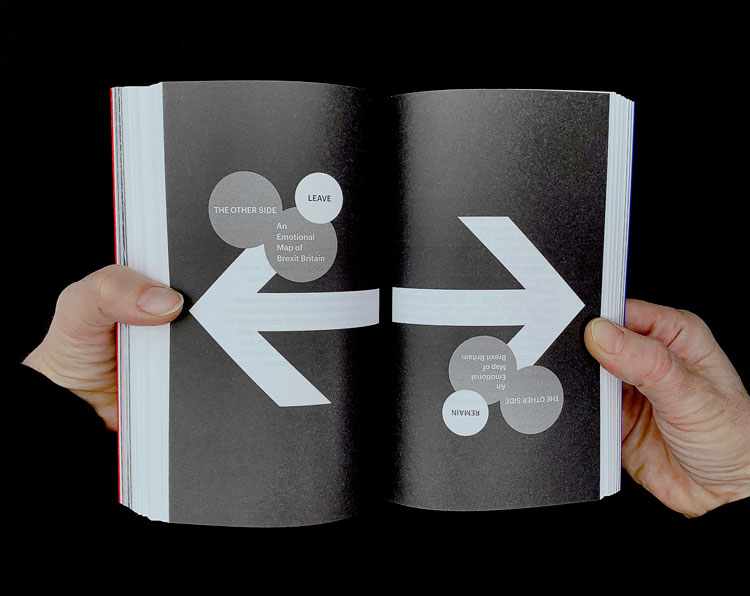 Lucienne Roberts and Rebecca Wright, co-founders of GraphicDesign& and co-editors of The Other Side voted to remain in 2016. In the years that followed the referendum, Roberts says the two would “agonise” over the state of the debate, but were also “acutely aware of the bubble around them”.

“We both work in design in London, we were both brought up in the south,” says Roberts. “We felt the need to find out more about the other side – and became keen to create a book with the ultimate goal of getting leavers and remainers to listen to each other.”

Aiming to present “an emotional map of Brexit Britain”, the voices in the book range from a fisherman from Grimsby, a black cab driver from London, an academic from Belfast and beyond.

“What we found was that while some people are entrenched in their views, generally people’s opinions and motivation are far more subtle, nuanced and diverse than the media and politicians ever portray,” Roberts adds. 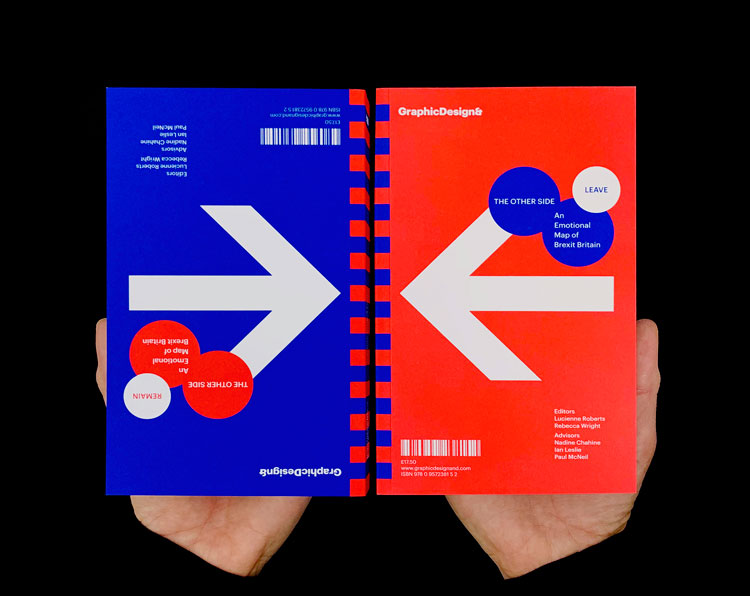 “Symbolically meeting in the middle”

Finding a way to then display these views presented Roberts and Wright with a particular challenge.

“We became very aware that the book’s design had to be neutral,” says Roberts. To begin with, she says, the team tried setting contributor texts in a range of different fonts to signal the variety of voices included, but this risked “favouring one text over another”.

Working with fellow graphic designer Paul McNeil, the team decided on a system that used a collection of “neutral” sans serifs. Contributors are identified by region and each region has a different typeface. Interestingly all have been designed post-WWII, as a nod to the EU’s own establishment during this period.

It has also been formatted as a double-ended book, so that remainer’s viewpoints don’t come before leaver’s, and vice versa. This has an added effect, Roberts explains, of allowing both sides to “symbolically meet in the middle”. 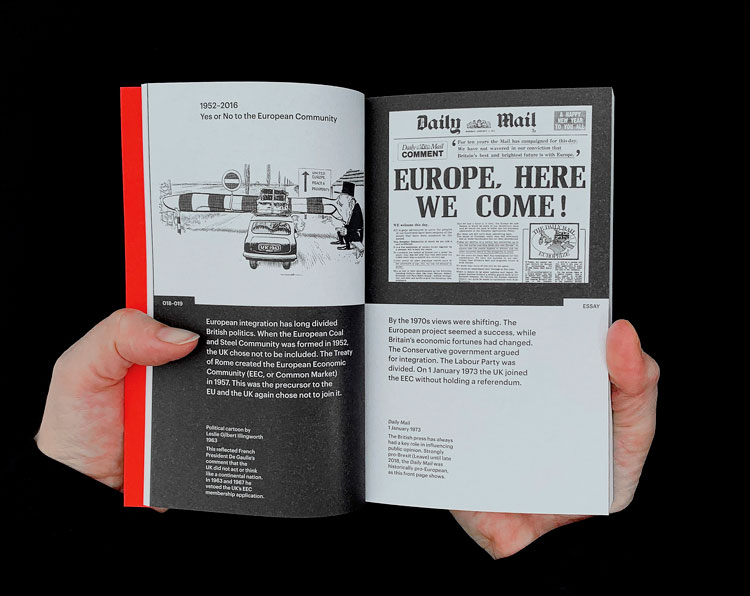 The significance of graphic design in the debate

Beyond presenting the variety of arguments on either side of the Brexit debate, Roberts says The Other Side also looks to show the communication failures before and after the referendum.

“[In the run up] both sides were communicating on different levels, unable to reach the other group,” says Roberts. “Remain largely tried to win by stating facts, but the leave side was able to tap into people’s emotions.”

As part of the book therefore, the team included a visual essay that charts Britain’s turbulent relationship with the “European Project”. Starting in the 1950s, the narrative takes readers through “press cuttings; cartoons and posters; stamps and coins; red buses, satirical billboards and election sloganeering”.

“We ended up uncovering some really surprising things, like how the Daily Mail had actually campaigned for our spot in the EEC back in the 1970s,” says Roberts. “The picture essay really shows how big a role graphic design actually has to play.” 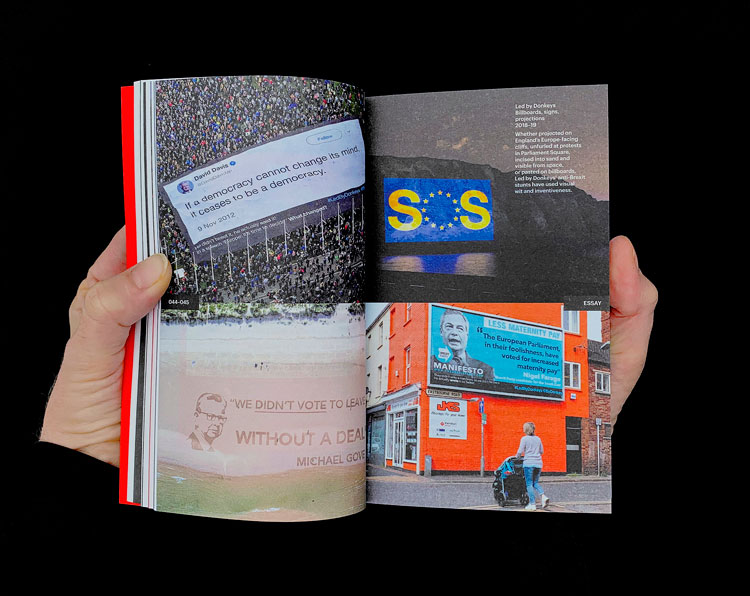 Giving people space to think about their opinions

Ultimately, the two hope the book is able to start a long overdue conversation between the two camps.

“Having calm discussions with people during the interview process, made it clear that time to listen and exchange views is the first step to understanding the position of others,” says Roberts. To try and get more to do the same, GraphicDesign& has sent a copy of The Other Side to all 650 UK MPs.

Roberts hopes the book can help cut through the political noise. She ends: “We gave people space to really think about and express their opinions carefully. They were very open. We hope the book encourages people to read views that might be the opposite to their own.”

The Other Side: An Emotional Map of Brexit Britain can be purchased from the GraphicDesign& website for £17.50 from 7 February.