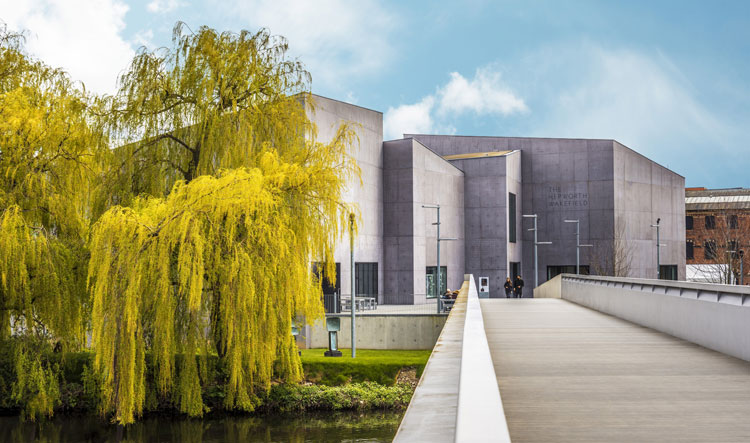 Art gallery and museum The Hepworth Wakefield has been revealed as the Art Fund museum of the year.

The gallery beat four other shortlisted museums to win the £100,000 prize money, including Sir John Soane’s Museum and the Tate Modern in London, Newmarket’s National Heritage Centre for Horseracing & Sporting Art and the Lapworth Museum of Geology in Birmingham.

The annual award looks to recognise museums that have “undertaken transformative projects” or “brought their collections to life in exceptional ways”, says Art Fund. Previous winners have included the Victoria and Albert (V&A) Museum in 2016 and Yorkshire Sculpture Park in 2014.

Commenting on the panel’s decision, Deuchar says: “The Hepworth Wakefield has been a powerful force of energy from the moment it opened in 2011, but it has just kept growing in reach and impact ever since. David Chipperfield’s building has proved a perfect stage – both for the display of collections and as the platform for a breathtaking sequence of special exhibitions, curated with determined originality by the talented curatorial team.”

The Hepworth Wakefield director Simon Wallis, says: “Particular thanks to our major investors Arts Council and the originator of The Hepworth Wakefield – Wakefield Council – led by Cllr Peter Box. We’ve benefitted from a close working relationship with a local authority that thoroughly understands and supports the value and power of culture in transforming the quality of people’s lives in the Wakefield district.”

The award comes after a 21% increase in visitor numbers to the gallery in 2016, and the announcement of its plans to create a new landscaped area by garden designer Tom Stuart-Smith.

Based in Wakefield, West Yorkshire, the Hepworth Wakefield gallery was founded in 2011 and named after artist and sculptor Dame Jocelyn Barbara Hepworth.

The gallery will announce what it plans to do with the Art Fund prize money in the coming weeks.