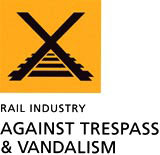 London design group Lashko McLoughlin was appointed by the Health and Safety Executive to develop a campaign to counter the dangers of trespass and vandalism on Britain’s railways. The positioning has been jointly determined with Ind Associates.

The group won a two-way creative pitch to develop the project, which is aimed primarily at eight- to 14-year-old boys. To be launched at the end of March, it is being created under the guidance of the Rail Industry Advisory Committee, a body established to co-ordinate all rail industry activities.

The new visual identity features a graphic image of a railway line, with the tracks extended to form an X. An accompanying strapline states Railway Industry Against Trespass and Vandalism. Lashko McLoughlin creative director Martin McLoughlin developed the concept of the identity, with Andrew Davidson illustrating it.

Material will be distributed to schools around the country, alongside a video enabling teachers to raise the issues with pupils. ‘It will address different ways to discourage children from indulging in this sort of behaviour,’ explains McLoughlin.

‘A national poster campaign is also being created which will feature quite hard-hitting imagery. It will be based around particular incidents of trespassing and vandalism on the railways, though it can’t be too sophisticated because of the target audience.’

Although the identity will be used with its strapline for the initial stages of the campaign, McLoughlin expects it to become a standalone fixture in the future.

‘It is designed to mirror warning signals or hazard signs, but it’s more than just a danger sign. It has more depth to it. The whole rail industry, including Railtrack, will also use it on stationery,’ he says.